Christian man traps Hindu girl, forces her to injure self and eat meat 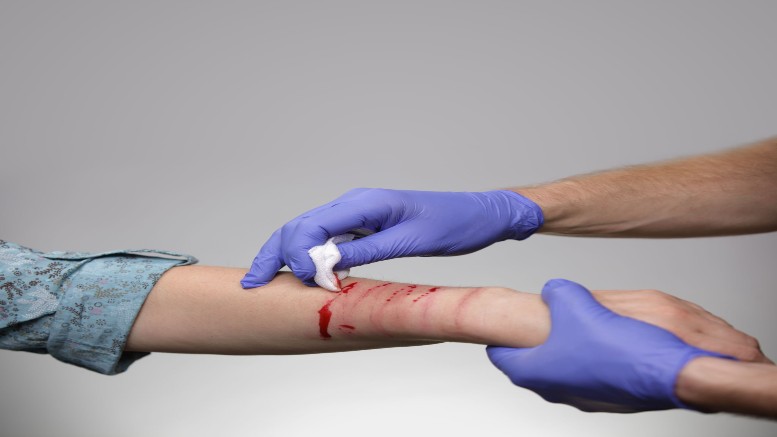 A Christian man has been arrested in Gujarat for torturing a wealthy Hindu girl after trapping her in a love jihad kind of relationship. The girl was saved only after her father approached the Prime Minister’s office as Christian policemen tried to sabotage the case.

Selvin Paul Parmar, a Christian man, had trapped a Hindu girl belonging to a wealthy family in a relationship. The girl was forced to cut herself with a blade and forced to eat meat against her wishes. The 23 year old girl from Vadodara had fallen for his lies that he owns property worth Rs 250 crore and owned a factory, sand leases, petrol pumps, etc while he is only a 10th pass. The girl lived in a society near Chhani Canal in Vadodara.

After a two year relationship, he married her in a court in 2019. He reportedly took photos and videos of their intimate moments and used them to blackmail the girl and threatened to make them viral. She was forced by Selvin’s father Paul Parmar to live in their house and both of them along with Selvin’s sister Shweta tortured her both physically and mentally. She was locked up in the house and forced to eat non-vegetarian food against her wishes.

After the girl’s family came to know about the abuse they brought her back and filed a police complaint. When they checked her mobile they saw the chats with the man where he asked her to make 40 to 45 cuts in her body using blade. Opindia reported that he had asked to finish the task in one minute and send pictures of the same.

Shocked by this, the girl’s parents contacted the SHE team of the police department, created to help women in distress, in August 2021. But police officer Noel Solanki who picked the call ignored their worries and demanded a bribe. He also tried to sabotage the case by visiting their house with another police official Sanjay Kumar to threaten them even though they were not part of the SHE team.

The victim’s father, alleging that as Selvin and Noel belong to the same faith the police officer could sabotage the investigation, lodged a complaint against them in the Chhani police station in September 2021. He had also written to the PM office seeking justice in the matter. At the direction of the PMO they were investigated and the accusations were found to be true and the two policemen were suspended on July 22.

Meanwhile the girl underwent a medical examination which revealed that she had 500 wounds from the blade cuts all over her body. To hide those wounds she used to wear clothes that fully covered her. The devastated family has reportedly sent the girl to the USA for higher studies and never wants her to return after their bad experience with the Parmar family and the police.