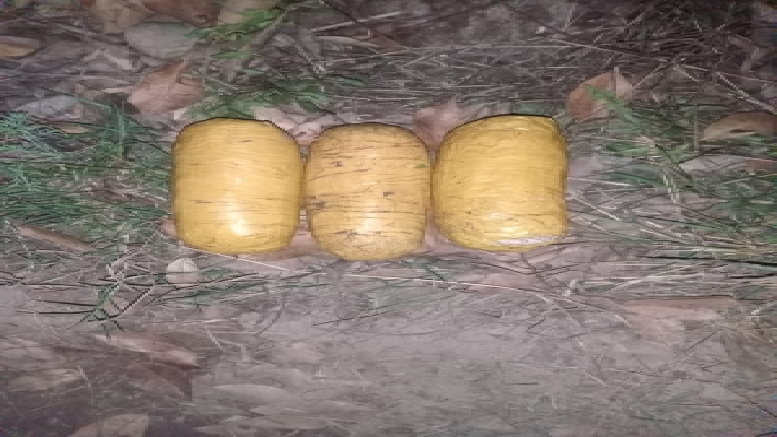 The Border Security Force (BSF) on Sunday said that it has recovered three packets of contraband in Punjab suspected to be heroin.

According to BSF officials, the alert BSF troops observed some suspicious movement of a miscreant or smuggler ahead of the Border Security Fence in Abohar Sector.

Sensing imminent threat and to stop further misadventure of the miscreant, the troops fired but he managed to flee to Pakistan territory.

Further, during the search operation, troops recovered three packets weighing about three kg of contraband suspected to be Heroin.

There has been a spurt of smuggling of contraband, arms and ammunition in view of the state assembly election in Punjab along with the attempts of infiltration along the border.

On February 2, the BSF shot one Pakistani intruder who crossed International Border and entered into Indian Territory near Border out Post (BoP) of KS Wala in Firozpur Sector.

Again on January 20, the BSF foiled another attempt of smuggling of contraband by engaging a ‘flying object’ coming from Pakistan in Punjab’s Amritsar Sector and seized over 7 kg heroin which was being carried into India.

Similarly, on January 28 this year, the BSF had foiled Pakistan’s arms and narcotics smuggling bid in Gurudaspur sector in Punjab and recovered arms, ammunition and narcotics suspected to be heroin in large quantities in which a jawan was injured during the crossfire by the miscreants.

In the past too, attempts were made to smuggle narcotics, arms and ammunition into Indian territories on the western border by using drones by handlers in Pakistan.

The BSF officials said that troops are regularly carrying out special search operations and area domination along the border fence and the force is committed to fight against drugs and weapons. “Vigilant BSF troops, despite adverse climatic conditions, once again foiled the nefarious attempts of Anti national elements to smuggle contraband and the Force is committed in fighting against drugs,” the officials said.