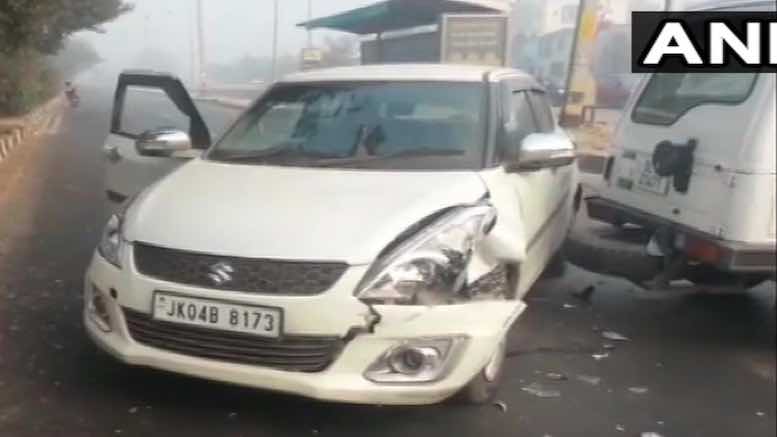 The Special Cell of Delhi Police on Monday arrested five terrorists after an encounter in Delhi’s Shakarpur area. Three of the five are from J&K, while two are from Punjab and they are suspected of having links with links with Islamic and Khalistani terror organisations respectively.

The three Kashmiris who were arrested can be called Over Ground Workers of Hizbul Mujahideen. They have a set up in Pakistan and their counterparts in PoK. ISI is acting as glue between the two movements and trying to link the two terror groups.

It (target killings in Punjab) serves two purposes – creating communal disharmony and demoralising people who stand against terrorism…the two are linked to one Sukhmeet, who is Gulf-based, and other gangsters who have linkages to Pakistan-based ISI operatives.

Three pistols, 2 kg of heroin and Rs 1 lakh in cash have been recovered from their possession.”

The two Khalistani terrorists arrested – Gurjeet Singh Bhura and Sukhdeep – are believed to be involved in the murder of Shaurya Chakra awardee Balwinder Singh Sandhu, who was shot dead on October 16 by motorcycle-borne assailants at his residence in Bhikhiwind in Punjab’s Tarn Taran district.

Sandhu had fought against Khalistani terrorism in Punjab for years, facing scores of terror attacks during the height of terrorism. Singh’s security cover was withdrawn by the Congress state government a year ago on the recommendation of Tarn Taran police.

Last month, Punjab Police had arrested eleven persons for Sandhu’s murder, which they said was ordered by Sukhmeet Singh, alias Sukh Bhikhariwal. The murder plan was allegedly hatched in Patiala and Ferozepur jails at Bhikariwal’s behest – this again put a question mark on the security in Punjab’s jails, after the state witnessed the shocking Nabha ‘maximum security’ jail break in 2016 in which two Khalistani ideologues (Kashmir Singh Galwandi and Harminder Singh Mintoo) and four gangsters had managed to flee.

Punjab has witnessed a spate of political murders by Khalistani-ISI funded assassins, targeting mostly Hindu leaders, in recent years. Khalistani and anti-Hindu rhetoric has seeped into popular culture too as can be seen in disturbing works of some Punjabi singers, rappers and actors. The recent farmer protests have also been infiltrated by Khalistani elements – separatist sloganeering, threats to assassinate the PM, and posters in support of the late Khalistani extremist Jarnail Singh Bhindranwale have been seen.