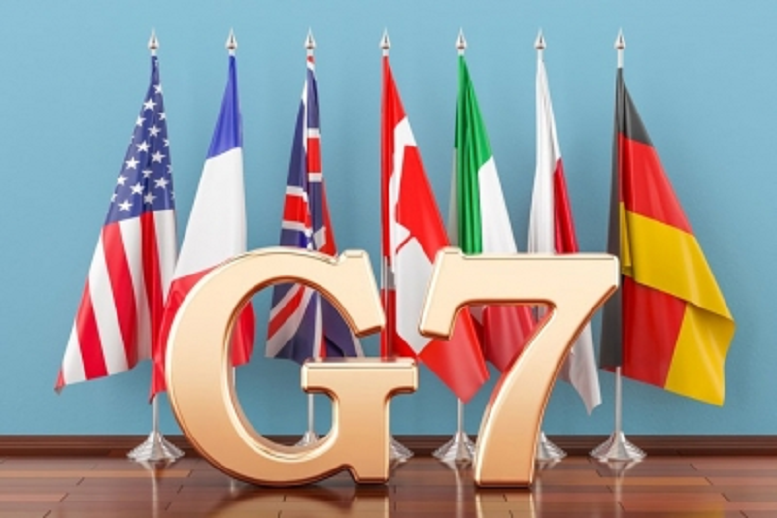 The leaders of the group of seven most advanced economies in the world (G7 nations) – United States, France, Italy, Germany, Canada, Japan and United Kingdom, with European Union (being a permanent participant) came together in person for the 47th G7 Summit that was held in Cornwall, UK on 11-13 June 2021.

The G7 members were joined by four other guest countries that were invited by UK to the G7 Summit- Bharat, Australia, South Korea and South Africa. The United Kingdom held the presidency for the Summit 2021 and had selected the theme “Build Back Better” with reference to the ravaged economies across the world induced by the pandemic over the past 18 months.

The pandemic had brought the global economy to a grinding halt and hence it was imperative for these strong democratic nations to leap forward, unite democracies to help the world fight and build back better from coronavirus and create a greener, sustainable and prosperous future. There were a few priorities laid down by United Kingdom as being the host nation –

Policy Coordination – G7 nations have spurred on close economic coordination on recovery plans and economic policies. The group of democratic seven nations insist on intensifying the multilateral cooperation amongst them that can bring immense value on the table and overpower any misleading and authoritarian rivals like China and Russia.

G7 has reaffirmed on minimum corporate tax @15% on large MNC’s that was proposed by them on June 5, 2021 in a meeting at Buckingham, to discourage companies from using tax havens to avoid tax at global level.

The group has even urged the need to regulate digital currencies worldwide. Germany has expressed its concern for authorising any cryptocurrency in the meantime.

UK sought for coordinated action on carbon border taxes and green finance, phasing out coal and helping poorer countries to quicken their efforts with respect to climate change. G7 has vowed to reach net zero carbon emissions by 2050.

Infrastructure Connectivity – The group of seven richest democracies sought to counter China’s growing influence on South China Sea, Australia, USA, Japan and Bharat. Its claim over the territories in developing countries and pronounced Belt and Road Initiative infrastructure plan (BRI) thereby making a good use of its foreign reserves, is becoming a matter of concern. United States has urged in the Summit for a $40 Trillion infrastructure plan “Build Back Better World” (B3W) against China’s BRI plan.

Unimpeded Trade – French President Emmanuel Macron has called for easing the supply of raw materials for the production of coronavirus vaccines to Bharat and some other countries like African region. This would ramp up manufacturing to cater to the requirements of other countries and cover vaccination of people as much as possible.

Financial Integration – The G7 nations have agreed to shed $1 billion vaccines to other countries out of which US agrees to donate $500 million vaccines to 100 countries. South African President Cyril Ramaphosa has urged the group to boost Covid-19 testing, diagnostics, and vaccines to help finance WHO’ s program on these issues.

Connecting People – Bharat and South Africa had proposed at WTO that an equitable access to vaccines in all the countries should be made by temporarily waiving off the patents on raw material used to manufacture vaccines until the pandemic is over. The proposal of TRIPS waiver was identified as an important element of global vaccination plan and well-supported by UN Secretary General and WTO director general. This global effort shall connect people. Bharat has put across the same proposal in G7 Summit and is strongly favoured by France, Australia and US.

Rising Assertiveness – China is criticised a couple of times taking into account their lack of transparency, labour and poor environmental standards in reference to the suspicious origin of the virus, abusive behaviour on Uyghur Muslims, aggressive influence over developing countries with respect to BRI initiative since 2013, the debt trap strategy and unfair economic competition.

What is Bharat’s take on G7 Summit?

The G7 nations welcomed the participation of Bharat as a guest country in G7 Summit, hosted by United Kingdom. This reflects the understanding within the bloc that it is difficult to eradicate the pandemic without Bharat’s support and absolute involvement. Bharat has been a part of G7 Summit in the year 2003, 2004-09 and later its presence was seen in 2019 in Biarritz Summit as a “Goodwill Partner” hosted by France.

Bharat had faced a few challenges during the pandemic – lower availability and prior-commitments of manufacturers hence Bharat needed those foreign jabs to boost vaccine supply to meet domestic requirements, laws in several countries prioritise supplies for their domestic markets posed a supply chain problem within Bharat, no decision was taken on granting indemnity to any vaccine maker against legal liabilities within and pre-supply emergency use authorisation demand from vaccine makers also posed a challenge.

Bharat’s Prime Minister Modi connected by giving out a Mantra – One Earth, One Health” in G7 Summit that clearly articulates seeking global cooperation to fight this pandemic as well as future pandemics. The PM has insisted on “Open Societies, Open Economies” that calls out the synergised efforts of business to government (B2G) approach that comes as a society to fight the pandemic.

PM Modi has sought for the stepping up vaccine production in the world to fight against vaccine crunch that it was facing. The US ban on export of raw materials to manufacture vaccines had negatively impacted the speed of producing vaccinations domestically and had halted its capacity to export to other countries. Modi also sought for “One World, One Health” mantra to stop using patents on formulas of making vaccines and distribute to every country and to make it easy to manufacture vaccines. He put pressure on the leaders of the group that only with the coordinated efforts of democratic nations, can the future pandemics prevent from occurring.

PM Modi called on to even say that robust supply chains for vaccine raw materials can give widespread support to countries like Bharat. This was well appreciated by other G7 leaders. He also added to the Summit expressing its concern over the growing assertiveness of China with respect to the China-Pakistan Economic Corridor (CPEC), a part of Belt and Road initiative and the China’s rising military and economic rise over the past 40 years.

Bharat is the only G-20 country which is “2 degrees” compliant in keeping with the Nationally Determined Contributions presented in Paris and is tirelessly working on the energy front to fulfil its climate goals under Paris Climate Agreement. These efforts were well appreciated at the Summit by G7 leaders.

The G7 nation group comprises of the richest democracies of the world and if Bharat, Australia and South Korea are included, it becomes the D-10 (a group of 10 democratic nations). G7 shapes up the global economic order. Covid pandemic has continued to give a severe blow to the economies across the globe in an uneven manner. Hence, such concerted efforts becomes the need of the hour and calls out for an international cooperation to fight the upheavals caused by the pandemic.

This is the time when the democratic countries have come together to hold each other’s hands to defend the values they hold dear. They ought to intensify the cooperation and help in economic recovery to other countries that are in dire need of help.