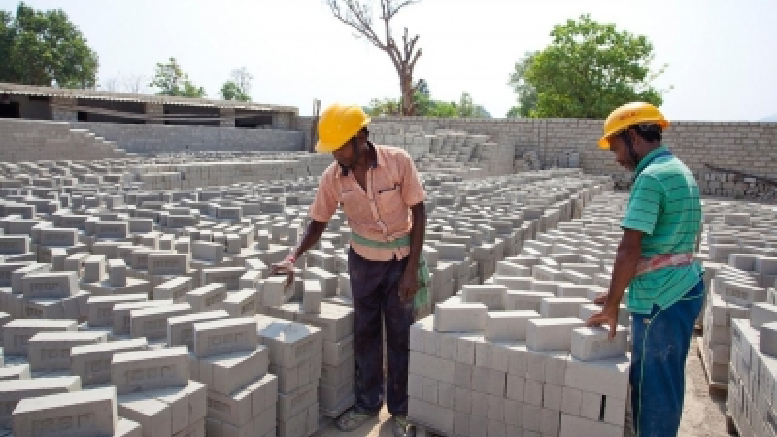 As Bharat starts the “unlock” process with the daily Covid 19 cases coming down, the Centre’s focus will shift on doers who can implement existing and new schemes announced under the Atmanirbhar Bharat Abhiyan package. Special attention will now be paid to the country’s micro, small and medium enterprises (MSME) sector, which employ a mammoth 11 crore people. While Finance Minister Nirmala Sitharaman last year announced a Rs 3 lakh crore collateral-free automatic loans to MSMEs with the aim of easing the liquidity crunch, only Rs 2.54 lakh crore out of the total allocation has been utilised so far.

This has led to severe cash crunch for the sector, one of the pillars of Bharat’s economy.

Sample this. The owner of a micro unit located at the outskirts of the glittering millennium city Gurgaon, dealing with air coolers, is staring at an uncertain future. His business typically picks up with the onset of summer. But this year, just like the last, has fetched him no money. “Not only has my income flow choked, I am also saddled with unused stocks. Banks refuse to help me start any other business as they want some collaterals,” he said, adding that he has no knowledge of provision of collateral free loans.

Banks, burdened with high non-performing assets – loans that do not fetch returns– and also a high level of compliance, are reluctant to provide credit to MSMEs.

“The Centre is aware of the fact that there have been serious gaps in the implementation of the schemes. The focus will be on timely execution of the existing schemes rather than carving out any new ones,” Gopal Krishna Agarwal, BJP’s national spokesperson on economic affairs, told India Narrative.

Animesh Saxena, president, Federation of Indian Micro and Small and Medium Enterprises (FISME) told India Narrative that the thrust until now has been on cheap credit. “What is needed more than cheap credit is easy access to credit. The benefit of the Rs 3 lakh crore is reaching to only those who already have access to institutional credit,” he said.

“They (micro units) either borrow from private lenders or NBFCs (non-bank financial institutions) at a much higher rate of interest. These micro units have been left outside the ambit of the scheme,” Saxena pointed out.

In a letter sent to the Reserve Bank of India on May 21, the FISME said, “When it comes to crunch, the first expense that is cut is payrolls. It is our humble prayer to RBI and the GoI (Government of India), not to let an MSME close down until all efforts to save it have failed. The alternative is scary. Along with tens and thousands of these small establishments, lacs of workers will come on road, increasing human misery manyfold. In economic terms too, it will shrink purchasing power further, creating a vicious circle of downward economic spiral.”

According to India Briefing, a platform providing insights on doing business in Bharat, the MSME base is the largest in the world after China.

“The sector provides a wide range of services and is engaged in the manufacturing of over 6,000 products-ranging from traditional to hi-tech items,” India Briefing website said. There are about 63.05 million micro industries, 0.33 million small, and about 5,000 medium enterprises in the country.