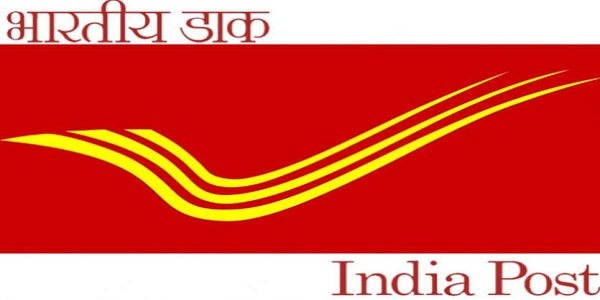 In business parlance red indicates an organization is into operational losses, black means close to break even and green means the entity is making operational profits. It is reported that India Post is likely to face a deficit of Rs. 15,000 crores in FY19. This gives India Post an unenviable distinction of becoming the top loss making PSU, beating its peers like BSNL and Air India with losses of Rs. 8,000 crores and Rs. 5,340 crores respectively.

The Department of Posts, with its network of 1,54,965 Post Offices, is the largest postal networks in the world.

On an average, 7753 people are served by a Post Office in the country with a post office serving on an average 5995 people in rural areas and 23720 people in urban areas in Bharat.

India Post‘s staff pay and allowance is estimated at Rs. 16,620 crores in FY19 (revised estimates) and pension cost of Rs. 9,782 crores, totaling to Rs.26,400 crores staff costs against revenues of Rs. 18,000 crores. For the FY20, the staff pay and allowances and pension cost are estimated to rise to Rs. 17,451 crores and Rs. 10,271 crores respectively against the projected revenues of Rs.19,203 crores. Most of the loss making PSUs are saddled with the massive staff costs that constitute more than 90% of their total costs. On the other hand, they have tariff restrictions as they are controlled by the government.

Incidentally, in 2017 the Parliament has delegated powers, hitherto held by it, to modify rates and tariff of the basic postal services to Ministry of Communications. However, due to stiff competition from the private players, India Post is not in a position to increase its tariff. Therefore, the only options left are:

(i) increasing the staff productivity,

India Post’s Post Office Savings Bank (POSB) has a customer base of more than 35.67 crore account holders as on 31.03.2017, which is one of the largest customer base for banking services in Bharat. National savings schemes and saving certificates contribute a major portion of India Post’s revenues (60%) and continue to be its cash cow. While the traditional letters and telegrams have been replaced by mobiles and emails, the parcel business of India Post is facing competition from couriers.

India Post has entered e-commerce business in December 2018 which is growing 20-25% annually in Bharat. Its e-commerce portal offers a platform for rural artisans, self help groups, women entrepreneurs, state and central public sector units to sell their products. Considering its large rural network, India Post has scope to aggressively launch various rural e-commerce initiatives under its value added services. Its initiatives to sell consumer products and financial products have generated revenue of Rs. 844 crores in 2018.

With focus on branding, information technology, human resource and infrastructure under the concept of modernize ‘Look & Feel’, more than 4000 post offices have been revamped so far.

While the above initiatives taken by India Post are steps in the right direction, these are still baby steps and need greater momentum to make significant impact on its overall performance. Market driven approach is the key to a turnaround, and it requires customer-centric attitude and leveraging on technology to enhance the overall productivity through optimum utilization of resources.

This requires functional autonomy, strategic planning by the top management and adapting to change by the staff of India Post. This situation is not unique to India Post alone and it equally applies to other loss making PSUs. Top 10 loss making CPSEs (Central Public Sector Enterprises) constitute 84.71% of the total losses of 71 loss making CPSEs in Bharat during 2017-18. Out of box thinking

The government can also think of introducing a subject on revival of sick industries for the management students in universities and make project work in loss making PSUs as part of the curriculum. The faculty of the universities can also take up consultancy assignments to suggest strategies for turnaround of the loss making PSUs and actively involve their students in this exercise. This will go a long way in reducing the gap between the University and Industry and improve the employability of the students of the universities.

India Post logo has not only red colour but also orange. Orange is a symbol of hope, joy and happiness. So let us hope very soon India Post will turn from red (losses) to green (profits) and give joy and happiness (orange) to its employees.