Congress-leaning economists tie themselves in knots over farmer reforms 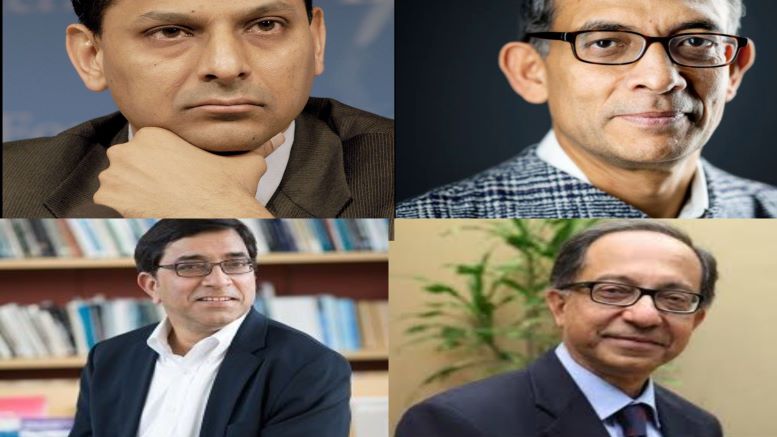 Congress has built an ecosystem of its own over the years where it has co-opted people from various fields including lawyers, journalists, activists, and others. Congress-leaning economists aren’t far behind in the race to toe the line of Congress even if it means opposing good reforms beneficial for the public at large.

Here are some Congress-leaning economists who have conveniently forgotten their own stance since Congress-led UPA (United Progressive Alliance) went out of power.

Pic 1: Kaushik Basu in 2013, when he was the CEA and the Congress led UPA was in power.

Pic 2: Kaushik Basu in 2020. When NDA is in power, he just wants to blindly oppose without checking his own previous statements or giving any specifics.

These chaps are hypocrites. pic.twitter.com/CN6PRhyCGy

In 2013, Basu was of the opinion that the APMC (Agriculture Produce Marketing Committee) Act had to be reviewed to prevent cartelization but today when the BJP-led NDA (National Democratic Alliance) has repealed the law which as per Basu’s own opinion was a hindrance to small traders wishing to sell their produce, he is opposing the law. He is blindly opposing the law without as much as pointing out the flaws in it.

Economists like Basu are no experts because they decide the utility of a law on the basis of which political party is passing it rather than the merits and demerits of the contents of the said law. The criticism put forward by Basu is either just partially valid or outright wrong.

As opposed to what Basu says there are sufficient risk mitigation measures put in place by the current dispensation. As pointed out by SwarajyaMag Basu does not even consider the weaving in additional protection measures in the law such as allowing corporate buyers to buy only from producers’ cooperatives or sellers’ consortia.

Further, a false equivalence is being created between American and Bharatiya farmers who come from countries with diverse economic conditions. Unlike America where only 2% of the population is into agriculture, Bharat is a predominantly agricultural economy. His other arguments such as legal delays also do not hold water considering the fact that reforms cannot be put on hold just because the legal system needs to be reformed.

While Basu has been peddling half-truths, Varshney has based his entire article on hearsay rather than a thorough study and research of the laws and their contents. He puts forward the false charge of withdrawal of MSP (Minimum Support Price) which doesn’t even find mention in any of the three laws that have been passed. The PM himself has clarified this and if anything the MSP has only been increased from what was being doled out under the Congress regime.

Varshney gives away his Congress leaning agenda when he brings in the “Muslims being targeted under the Modi regime” and other similar Lutyens style secularism argument in his article about agricultural reforms. His entire write up is nothing but whataboutery and a force-fitted attempt to oppose the reforms only because it comes from a party whose ideology Varshney doesn’t subscribe to.

He is not just another economist with Congress-leaning but one who played a key role for the Congress in the run-up to the 2019 Lok Sabha polls. He is said to have contributed to the Congress idea of NYAY (Nyuntam Aay Yojana) that promised to provide a monthly sum of ₹6000 or ₹72000 annually to the poorest section of the society.

While Banerjee conveniently talks about lack of trust, he doesn’t explain how he arrived at that conclusion, considering the fact that the not only was the Modi government voted back to power in 2019 but has also just recorded a victory in Bihar. In fact, the BJP even won in Rajasthan, where the Congress is in power, panchayat elections in addition to several bypolls in MP, UP etc.

Rajan is a Lutyens favorite who served as the RBI Governor as well as CEA under the Congress regime. Just like his co-economist Basu, Rajan too was in favor of the agricultural reforms earlier but has done a u-turn just because it has now been brought in by the Modi-government. Rajan had recommended the same reform during his term as the CEA of the then Congress-led UPA regime.

Party loyalty seems to trump intellectual honesty because nothing else describes the force-fitted denouncement of a reform they themselves had recommended or supported under the Congress regime.