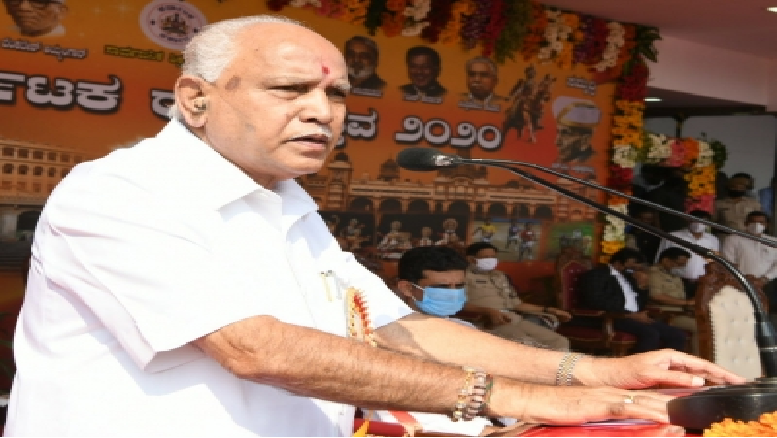 The next time your child plays with a remote controlled car, watch it, as it might well be manufactured in Karnataka. Bhanapur, a remote village in Koppal district, is poised to attain star status with the Karnataka government the laying foundation stone for the country’s first toy manufacturing cluster in the village on Saturday.

Spread over 400 acres of land, the toy manufacturing cluster is expected to attract Rs 5,000 crore worth of investments and comes with the potential to generate direct employment for about 30,000 people. The manufacturing campus is being promoted by Aequs SEZ Pvt Ltd in partnership with Karnataka. Bhanapur village in Koppal district, which has a population of less than 2,000 people, is located 365 km from Bengaluru.

He added that the toy manufacturing industry is labour intensive and most of the workers are women, hence this toy cluster coming up at Koppal is a bold step towards empowering women.

“This is a momentous occasion as the Koppal toy cluster is the first in the country. The construction of the campus is expected to be completed by December this year. If it happens, we will invite Prime Minister Narendra Modi to inaugurate the toy cluster,” Yediyurappa said.

The CM said that preference would be given to women for employment in the manufacturing cluster in Koppal. “Women who are earning Rs 200 per day now will be able to earn Rs 600 per day. We will prioritise employment for women and Aequs has promised to train the locals in skill development,” he said.

Karnataka is the third-largest market for toys in Bharat and is worth $159 million, 9.1 per cent of the national market. The industries department said the state has invited domestic and global toy makers in line with the Prime Minister’s vision of boosting toy manufacturing in Bharat.

Karnataka is poised to emerge as a leading toy-making cluster due to the robust ecosystem the state has created to support toy-making industries, the industries department claimed. The state has supported and nurtured tool manufacturing and precision engineering (TMTP), polymers manufacturing clusters in Bengaluru, Dharwad, Tumkuru and Mysuru, robust design capacity and testing certification agencies in Bengaluru, Dharwad and Koppala and GTTC (Government Tool Room and Training Centre).

“Koppal has a tradition of making traditional toys such as Kinnala. It is against this backdrop that we aim to make Koppal the country’s toy-making hub by promoting this art. I want to thank Aequs and other toy industries who have joined hands with the government initiative,” Industries Minister Jagadish Shettar said.

He said the foundation of this toy cluster has played a vital role in unlocking Karnataka’s toy-making capacity. The Koppal toy cluster will be a one-stop destination, facilitating globally competitive and reliable manufacturing solutions with co-located facilities. Regarding apprehension among the locals that the promised jobs would be given to those from outside the district, Shettar said that 80 per cent of the jobs would be given to the locals from Koppal and other parts of the state.

“We are implementing the Sarojini Maharshi report which calls for employment for locals. We will give companies a margin of 10-20 per cent of their workforce to be hired from outside the state. These will be the high-level skilled jobs. First preference will be given to the residents of Koppal,” Shettar said.

Prior to the BJP coming to power in the state, the toy manufacturing cluster was to come up in Ramanagara district. However, Koppal was chosen in 2018 by former Industries Minister and Congress MLA R.V. Deshpande as it is 380 km away from Bengaluru, 400 km from Hyderabad, 95 km from Hubballi and 215 km from Belagavi, all of which have airports. Koppal also has a well-connected railway network and is strategically closer to Mumbai, Goa, Mangaluru, Visakhapatnam, Chennai and Thoothukudi, which have major ports.

“Karnataka’s toy market grew at a CAGR of 17.54 per cent between 2010 and 2017. Currently, Karnataka is the third-largest market for toys in India. It constitutes 9.1 per cent of the national market valued at $159 million,” he claimed.