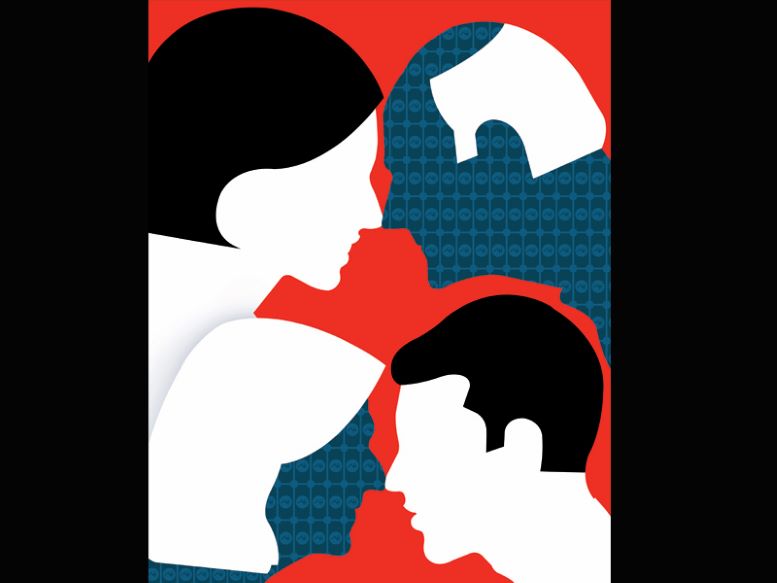 Free sex, which has been promoted in America in the name of sexual liberation or freedom to love as one chooses, is now turning out to be a culture of sexual anarchy in which many youngsters find themselves trapped.

Nicola Buskirk, filmmaker and founder of Elessar Books publishing house, graduated from Stanford University. She undertook an investigation into the strange phenomenon of wealthy, extraordinarily well-connected young women on her campus turning to the world of sexts for cash.

Cassie is one such youngster from Stanford whose friend’s casual filming of her sexual moves led her to enter into the sexting ‘business’. Her friend Lainey, another youngster who identifies as a sugar baby, shared the video on social media (SM) and as the video went viral, Cassie decided to embrace the virality by making more suggestive videos. She began responding to indecent messages at times and soon men began offering her money.

“As the money started flowing in, so did messages from men interested in more than just a public video. From here, the business — which it had accidentally become — naturally expanded. Cassie started sexting with various men in exchange for money, and eventually gifts”, writes Buskirk.

The general image of sugar babies and sugar daddies is that of girls from modest families and rich men funding their lifestyle. “We never think of girls at elite universities with high-paying career prospects ‘sugar-babying’ for a taxi driver or night-shift factory worker from a flyover state. Yet at Stanford, this was exactly the case. It also reflects a broader change in the sexual dynamics of American culture”, the filmmaker says.

The ‘pay to see me naked’ gig has popularized sites like OnlyFans that men and women turn to as a source of additional income or even a full-fledged career. Buskirk says sufficient data is not available on Tiktok thirst traps posted by users, many of whom are underage. Tiktok is a platform where sexual content is not explicit but suggestive, unlike OnlyFans. However, both platforms have a personal touch that draws both viewers and money for the users.

“Though neither Cassie nor Lainey set out to be sugar babies (their word for what they did), they had the foresight to set strict boundaries. Their sugar-babying consisted of sexting, sexual voice recordings, and some suggestive but clothed Snapchats. They say there were no nudes, no phone calls, no meetups. They didn’t publicize where they attended school, but people found out anyway and sent the above-mentioned gifts”, highlights Buskirk.

“It’s not worth it to me to send someone nudes for a small amount of money when we literally go to Stanford and are going to be making money off our intelligence. I would rather not send anything that could jeopardize my entire life in order to get like $20 or whatever it is”, Lainey has been quoted as saying.

Both the girls cited by Buskirk had enough financial support from home and funded their own social lives. Cassie tutored a few hours a week before her social media fame but she cut down her tutoring hours once she started earning from sugar-babying.

Sugar-babying is only entertainment and a means to earn some extra money that has no consequences. However, they wouldn’t want their families or employers to know about it. Buskirk says some in the university had safety concerns. She adds that most men were from the working class and there was a mismatch between their incomes and the amount they spent on the girls.

“There were many others along the same lines, and their situations, including their relationships with the girls, told the same rather a sad story. The men were searching for a personal, intimate relationship with a woman. The best they could do, however, was this strange online transaction. In this way, the men in this story seem to use them as self-medication for the dire situation many working-class American men find themselves in today”, Buskirk writes.

Regarding marriages, Buskirk notes that educated upper-class Americans enjoy relatively stable marriages but poor and working-class Americans are facing rising rates of family instability, single parenthood, and life-long singleness. “The link between education and stable employment means less-educated men are now less marriageable. Women marry up, not down, so bachelorhood and divorce are prevalent for these men. Such circumstances lead men to a life of unemployment, dysfunction, and loneliness. More and more, this leads to other mental health and substance abuse issues”, she opines.

The girls profit from the isolation and dire circumstances of the men while the men benefit by sexualizing the girls. However, the woke concept of sexual liberation affects the institution of marriage and cultural values of society.