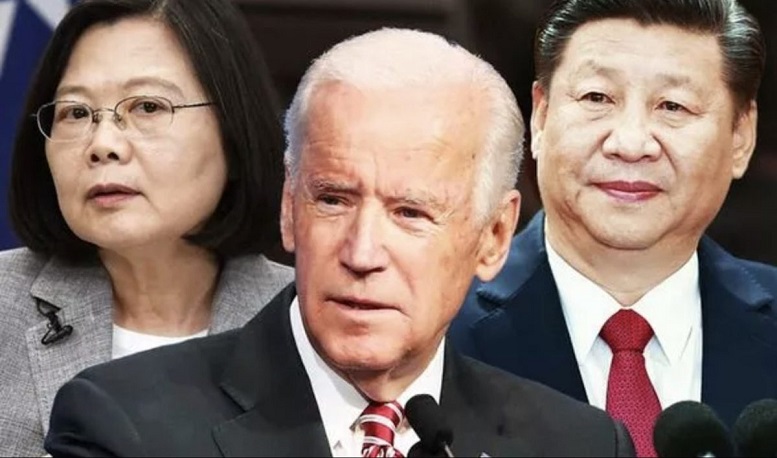 Pelosi’s visit had the White House dithering, the dragon seething and the Taiwan people ecstatic. Nancy Pelosi’s who is the second in line to the presidency to visit Taiwan against the wishes of the Biden administration has once again brought the two superpowers at loggerheads amidst sabre rattling in the pacific and the median line in the Taiwan strait.

Newt Gingrich was the last house speaker  to visit Taiwan a quarter of century ago when China was a nondescript nation and its defence budget was only twice that of Taiwan unlike today when it spends 20 times more and its hegemonic tentacles have many nations in its grasp or within striking range because of its debt diplomacy and military prowess.

Only 6% of Taiwan’s population wants to go with China. Pelosi’s visit had the Taiwanese cock-a-hoop as their right to remain independent and protect their democracy was catapulted  onto the world  stage. But is their  ecstasy just like a small water bubble which vanishes without  a whimper?

If Taiwan is backing on the US to bail it out in the wake of a Chinese  onslaught then it has to just look at Afghanistan in the recent  past and rethink its strategy. Biden’s  policy of no American  boots on foreign land could spell doom for Taiwan.

Meng Xiangqing a professor at the PLA affiliated National Defence University told state broadcaster China central television that the Chinese live fire drills aimed to “completely smash the so called median line and demonstrate China’s  ability to prevent foreign intervention in a conflict by blockading and controlling the “Bashi Channel” an important  waterway between  the western pacific & the south China sea.”

Bonnie Glaser a China expert at the German  Marshall  fund says that ” just as China changed the status quo around the Senkakus islands in 2012 and the Sino- Bharat border in 2020 it seeks to now further change the status quo in its favour in the Taiwan Strait”.

Emphasising on the Chinese military  prowess he further  says that “By the Pentagon’s own admission  the PLA has achieved parity or surpassed America in the number of ships and submarines,  surface to air missiles and cruise & ballistic  missiles it can deploy.”

Given china’s proximity to Taiwan the dragon could choose  to strangulate the latter like a python before swallowing it. Thus in order to avoid a huge international  backlash China could  impoverish Taiwan  economically before the final annexation to avoid any major US build up in the pacific and the Taiwan Strait.

As We Jieh-min a political  scientist at Taiwanese research  academy “Academia Sinica,” said to the New York  Times, “The card China holds presently is to raise military  threats toward Taiwan  step by step and to continue  military  preparations for the use of force until one day a full scale military offensive  on Taiwan  becomes a favorable option.”

The US and its NATO allies preoccupation with Ukraine and Russia and the looming threat of Russian  embargo on European gas which could plunge NATO nations like Germany, Austria and Britain in darkness before the onset of the winters could  make things easier for China inspite of Pelosi’s  brave words to defend Taiwan.

However, Xi jinping is heading for a party Congress in October where he hopes to reestablish his supremacy at the top. Would he like to carry the Taiwan trophy with him reaffirming his indomitable status in the Chinese  hierarchy or will he wait for a more opportune moment fearing that the Americans could torpedoe his  amphibious manoeuvres to annex Taiwan and spoil his party.