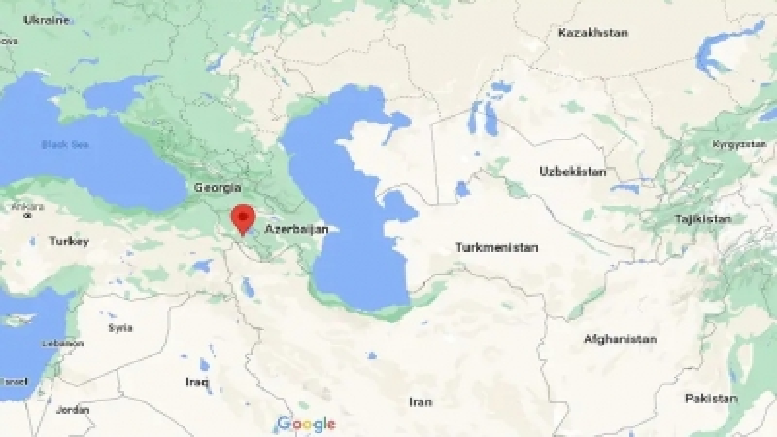 Recently the Republic of Armenia celebrated 30 years of independence. This year too, the Armenian College and Philanthropic Academy celebrated the bicentennial – a seminal moment not just for the academy, or for the Armenian community of Kolkata or Bharat but for Bharat-Armenia relations. These enjoy a natural edge given the centuries long history of interaction between our two peoples. At least since the 16th century AD, there is documented history of Armenians in Bharat; undocumented history of interactions stretch back to before the Christian era.

Fast forward to the present. Prime Minister Narendra Modi met his Armenian counterpart Nikol Pashanian in New York in September 2019 on the side-lines of the UN General Assembly. “Had extensive deliberations with PM @NikolPashinyan. We talked about expanding India-Armenia cooperation in aspects relating to technology, pharmaceuticals and agro-based industries. PM Pashinyan also referred to the popularity of Indian movies, music and Yoga in Armenia,” he had tweeted after the meeting.

This news gained currency because just days before that, Turkey’s President Recep Tayyip Erdogan had stridently condemned Bharat’s reorganisation of Jammu and Kashmir state. And Armenia, inimical to Turkey as it was because of the genocide of the Armenians by the Ottomans, became a popular word for a while. Then in March last year Bharat won a $40 million defence deal to supply four indigenously-built military radars to Armenia. The equipment was developed by Bharat’s Defence Research and Development Organisation (DRDO) and manufactured by Bharat Electronics Limited (BEL). This had also generated some excitement in Bharat’s , and then was forgotten.

Then the war erupted in the South Caucasus between Armenia and Azerbaijan over disputed territories. Going into the history of the unfortunate enclave of Nagorno Karabakh will require a separate article. But Azerbaijan won the war purely because of Turkish support. As a result, Ankara gained a strategic foothold in the region.

While Bharat officially kept equidistant from the parties to the conflict, most Bharatiya batted for Armenia.

More recently External Affairs Minister Jaishankar met with his Armenian counterpart Ararat Mirzoyan in Dushanbe, on the side-lines of the SCO and CSTO meetings which were hosted in the Tajik capital. During that meeting, the two top diplomats agreed to take bilateral relations to a “qualitatively new level”. And Armenia at the meeting once again expressed support for Bharat’s position on Jammu and Kashmir.

There is a case to be made for closer ties with Armenia. There is immense goodwill for Bharatiya in the tiny Caucasian country. Tapping into it will produce long-term strategic benefits. For one, being as it is in Russia’s strategic backyard, Armenia enjoys deep bilateral relations with Russia. It past of the Russia-led Collective Security Treaty Organization, (CSTO) as well as the Eurasian Economic Union (EEU), which is also headed by Moscow. Therefore, closer defence ties would be to the benefit of both countries.

At the ongoing UN General Assembly, Turkish President Recep Tayyip Erdogan has once again raked up the Kashmir issue. Armenia, which has no diplomatic relations with Turkey, unequivocally backs Bharat’s position on Kashmir as it supports Bharat’s claims to a permanent UN Security Council seat.

Turkey is also now well ensconced in South Asia through its close cooperation with Pakistan mostly through defence deals even if Pakistan does more of the paying. But now, Armenia’s arch-rival Azerbaijan is also injecting itself into South Asian politics. While Pakistan firmly supported Azerbaijan in its war with Armenia last year, with some credible reports of Pakistani fighters joining the war on the Azeri side, Azerbaijan has in recent times increased its partnership including in defence ties with Pakistan. Turkey, Azerbaijan and Pakistan recently held two weeks long military drills ‘Three Brothers – 2021’ in Baku.

Most significantly, these drills followed a tripartite meeting in Islamabad in January this year of the foreign ministers of these three states and the adoption by the three states of the “Islamabad Declaration ”. And what did this declaration say? Amongst other things it said that all three states, i.e., Azerbaijan, Turkey and Pakistan back each other’s position on Kashmir, Cyprus and Nagorno Karabakh.

After Erdogan’s tirade this year at the UN podium, Jaishankar met his Cypriot counterpart Nikos Christodoulides and tweeted “….Important that relevant UN Security Council resolutions in respect of Cyprus are adhered to by all”, in an obvious reference to Turkey.

But mere tweeting is a knee-jerk reaction not becoming of an emerging power. Bharat has been trying to cultivate ties with Greece, again spurred on by its strained relations with Turkey. Cultivating close relations with Armenia, including in defence, should therefore be a matter of course.

In this context it is significant that Armenia is part of the International North South Transport Corridor (INSTC) and Bharatiya ambassador in Tehran is on record saying that Bharat plans “…. to connect the western part of Chabahar (port) and the Indian Ocean with Eurasia and Helsinki in Finland, through the territory of Armenia, creating a North-South Corridor” rather than through Azerbaijan.

This is why the virtual event to mark Chabahar Day earlier in March this year included, along with the traditional signatories of the Tripartite agreement – Iran and Afghanistan – Armenia too. Bharat wishes to link up the INSTC to Chabahar Port which logistically makes a lot of sense for Bharat’s trade.

With the ascendancy of the Taliban in Afghanistan, a consolidation of Turkey’s footprint in the region is a matter of time. For Bharat it is time to follow up rhetoric with action. And aligning strategically with Armenia and getting a foothold in the Southern Caucasus would be a good way to start. Simultaneously, New Delhi may also consider recognising the Armenian genocide of 1915.