We have failed Kaveeta Oad and thousands like her 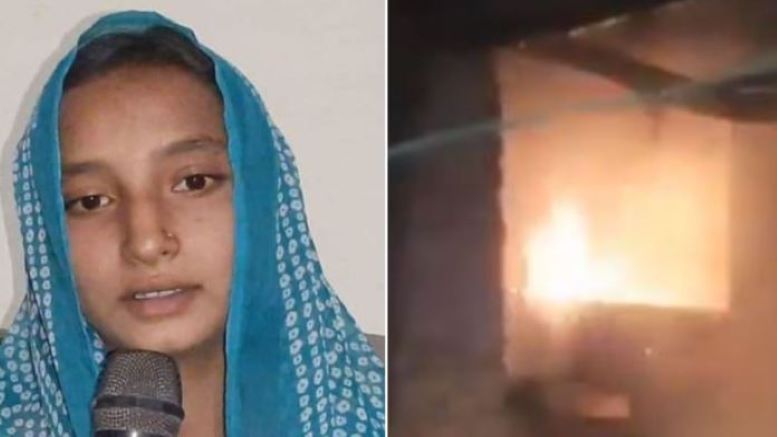 The kidnap and forced conversion of 13-year-old Kaveeta Oad in Ghotki in Pakistan’s Sindh district highlights the continued persecution of Hindu minorities and how Mian Mithoo continues to run his conversion business unabated without the fear of law.

A video showing Kaveeta embracing Islam in the presence of the notorious Islamic cleric Mian Mithoo went viral on social media on March 11. Reports indicated that she had been abducted, forcibly converted to Islam, and even possibly married off to her abductor as it often happens in the neighboring Islamic nations of Pakistan and Bangladesh.

However, the family’s ordeal had only just begun. A mob of goons set Kaveeta’s house on fire on the night of 14 March. The video of the incident was shared on Twitter by NGO Voice of Pakistan Minority. They also pointed out that despite the promises the officials had failed to provide security to Kaveeta’s family.

It must be highlighted that the incident occurred a couple of days after the video showing Kaveeta being converted to Islam by Mian Mithoo surfaced on the internet and the case was taken up by Pakistan’s court. The possibility of Islamists using this as a pressure tactic to ensure that Kaveeta’s poor and distressed family backs away from the case.

Additionally, Islamists are certainly attempting to send out a message to the Hindu minorities of Pakistan that if the latter intend to reside in the country then they ought to follow the rules laid down by the Islamists. OpIndia reports say Sukhdev had brought to light that Kavita was forcefully taken to Ghotki from Kadhkot for conversion.

Pakistan Peoples Party (PPP) Vice-President Sukhdev Hemnani confirmed on his Twitter account on March 16 that Kaveeta had been recovered from Khandhkot by the police and was to be produced before the court. He further added that her statement would be subsequently recorded and that the court had sent Kaveeta to a government safe house at Khandhkot.

According to Hemnani, two people had been taken into custody in relation to burning down Kaveeta’s house and the police were on the lookout for others involved in the act. Hemnani had also stated that the case had been taken up with Sindh Human Rights Commission by his party and they were trying to ensure a hearing by the court of the case at the earliest.

Earlier, the Hindu community in the Tangwani city of Pakistan held a protest against the conversion of minor girls from the community and demanded that Kavita be returned to her family. Pakistan’s Sindh is notorious for its atrocities against the minority Hindu community residing there. Only recently journalist Ajay Lalwani was shot dead for exposing Islamic clerics and speaking against Hindu persecution in Sindh.

The atrocities inflicted upon the Hindu community in Pakistan’s Sindh are far too frequent and numerous to be ignored. Not only are Hindu temples frequently desecrated and destroyed but Hindu businessmen and residents are also heckled and attacked time and again.

Notorious Islamic cleric Mian Mithoo is said to have personally overseen a number of abductions, forceful conversions, and marrying Hindu minor girls to their abductors. Cases like that of Kaveeta Oad highlight the need for laws like CAA that’ll give minority Hindus facing persecution in the Islamic nation life of dignity in Bharat. Moreover, the international community has failed to pressurize Pakistan to take the necessary steps to protect its Hindu minority.