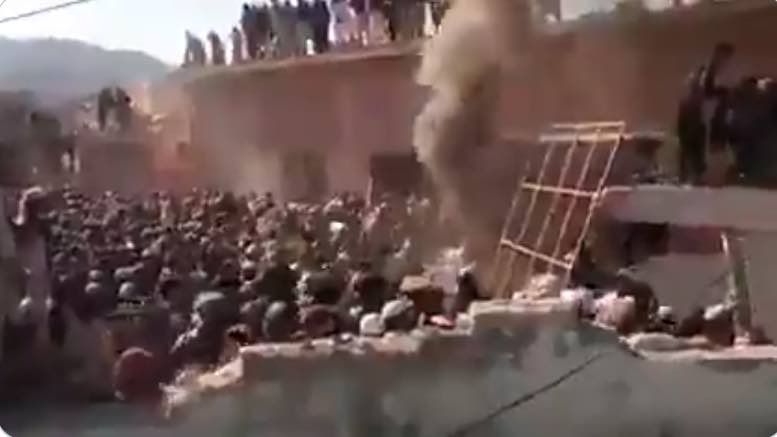 World Hindu Council of America (VHPA) strongly condemns the destruction of an ancient Hindu temple (mandir) in the village of Teri in the Karak district of Khyber Pakhtunkhwa region in Pakistan.

The news reports indicate that a crowd of thousands, led by Islamic clerics destroyed the ancient mandir. Just a few months ago, a temple in Karachi was destroyed and recently, the Islamic extremists prevented the construction of the very first Hindu mandir in Islamabad.

“While Pakistan accuses countries around the world of Islamophobia and pontificates about religious tolerance, at home, the mainstream Pakistani politicians and clerics are working overtly to ensure the elimination of the religious minorities.

This is evident from the destruction of the Hindu mandirs, withholding of food and basic aid to the Hindus poor during the pandemic until they convert, false accusation of blasphemy against the minorities, and forced abduction of Hindu and Christian girls, their conversion to Islam and marriage to older men. The world must recognize these crimes against humanity and hold Pakistan accountable.”

“I am deeply concerned at the continued silence of lawmakers in the Pakistani Caucus after the destruction of the temple in Karak, Pakistan. The Hindus of a Pakistan have been natives to that land for more than 7000 years, whereas Pakiatan as a Islamic republic has existed only for 70 years. I urge the American Hindu community to become the voice of their brothers and sisters in Pakistan in this time of despair.”

“The heinous destruction of the Hindu temple in Karak, Pakistan is yet one more example of the brutal persecution that Hindus, Sikhs, and other minorities face in the Islamic Republic of Pakistan on a daily basis. It is reprehensible that in this day and age of heightened social justice awareness that such blatant injustice should go unanswered.

Our dharma teaches up to stand up against unrighteousness and evil in all forms. And as Edmund Burke had once said, “The only thing necessary for the triumph of evil is for good men to do nothing.” It is time that we stand up and fight for our persecuted brothers and sisters in Pakistan.”