US continues ban on exports, says “in interest of world that Americans vaccinated first” 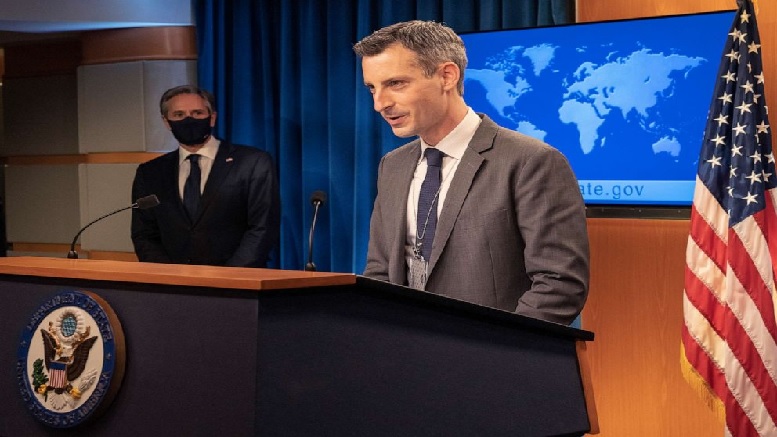 ‘It is in the world’s interest that Americans are vaccinated’ and the US has to first to take care of the requirements of its own people, State Department Spokesperson Ned Price has said about Washington’s restrictions on exporting raw materials for making the Covid-19 vaccines.

Asked at his briefing on Thursday if President Joe Biden’s administration had made a decision on the requests made from Bharat to lift the ban on the export of vaccine raw materials to Bharat, Price said bluntly, “We have a special responsibility to the American people.”

US Secretary of State Anthony Blinken and Bharat’s External Affairs Minister S. Jaishankar discussed Covid-19 and health cooperation last week and it had opened the possibility of Washington allowing vaccine raw materials to be exported.

Earlier this month, Serum Institute of India (SII) CEO Adar Poonawala appealed to Biden to allow the exports of vaccine raw materials. “If we are to truly unite in beating this virus, on behalf of the vaccine industry outside the US, I humbly request you to lift the embargo of raw material exports out of the US so that vaccine production can ramp up,” he tweeted.

Price first tried to sidetrack the issue of restrictions on vaccine raw materials exports by claiming that the reporter had asked about intellectual property rights for vaccines and that it was a matter for the US Trade Representative (USTR). But the reporter from a Western news service had in fact asked only about the raw materials. The export controls do not, in fact, come under the jurisdiction of the USTR which deals only with the matters of intellectual property rights.

The Defence Production Act that has been invoked to boost vaccine production in the US is reported to curtail the export of raw materials needed elsewhere.

Price then went on to display some mental gymnastics to ‘prove’ why vaccinating all Americans is so important for the world, although he conceded that the spread of the virus elsewhere is also a threat to everyone. Despite all evidence to the contrary, Price asserted that the US is playing a “leadership role” in “seeking to contain the virus beyond our borders.”

He said, “When it comes to India, (there is the) the Quad and the arrangement with the Quad, including to increase production capacity in India.”

Incidentally, Ned Price is the first openly gay spokesperson of the US State Department. A longtime national security hand who spent over a decade at the CIA, Price also served as the National Security Council spokesperson for 3 years under President Barack Obama.

Price’s comments show that those who were expecting a more ‘progressive, humane’ US administration after Joe Biden became US President, instead of the ‘nasty’ Donald Trump, have little idea of realpolitik and the neo-liberal American establishment which influences the Democratic party and wants to impose ‘American values’ across the world. In fact, neo-liberals are just as invested in maintaining American hegemony and propagating neo-colonialism as are neo-conservative ‘hawks’ who usually align with the Republican Party, although Trump was disliked by the entire Washington establishment on both sides of the political spectrum for his generally anti-interventionist approach and unpredictability.

Biden’s Spokesperson Jen Psaki last week also sidestepped a question about lifting the ban on vaccine raw materials speaking instead about the reaction of USTR Katherine Tai to the request from Bharat and South Africa for waiving the intellectual property rights for the vaccine.

Half of US adults have received at least one Covid-19 vaccine shot, while one-third of US adults are fully vaccinated as per data published 4 days ago. Data published on ourworldindata.org, which appears to under-report US vaccinations, shows major inequity between vaccination coverage in richer developed nations versus that in developing countries like Bharat and Brazil. 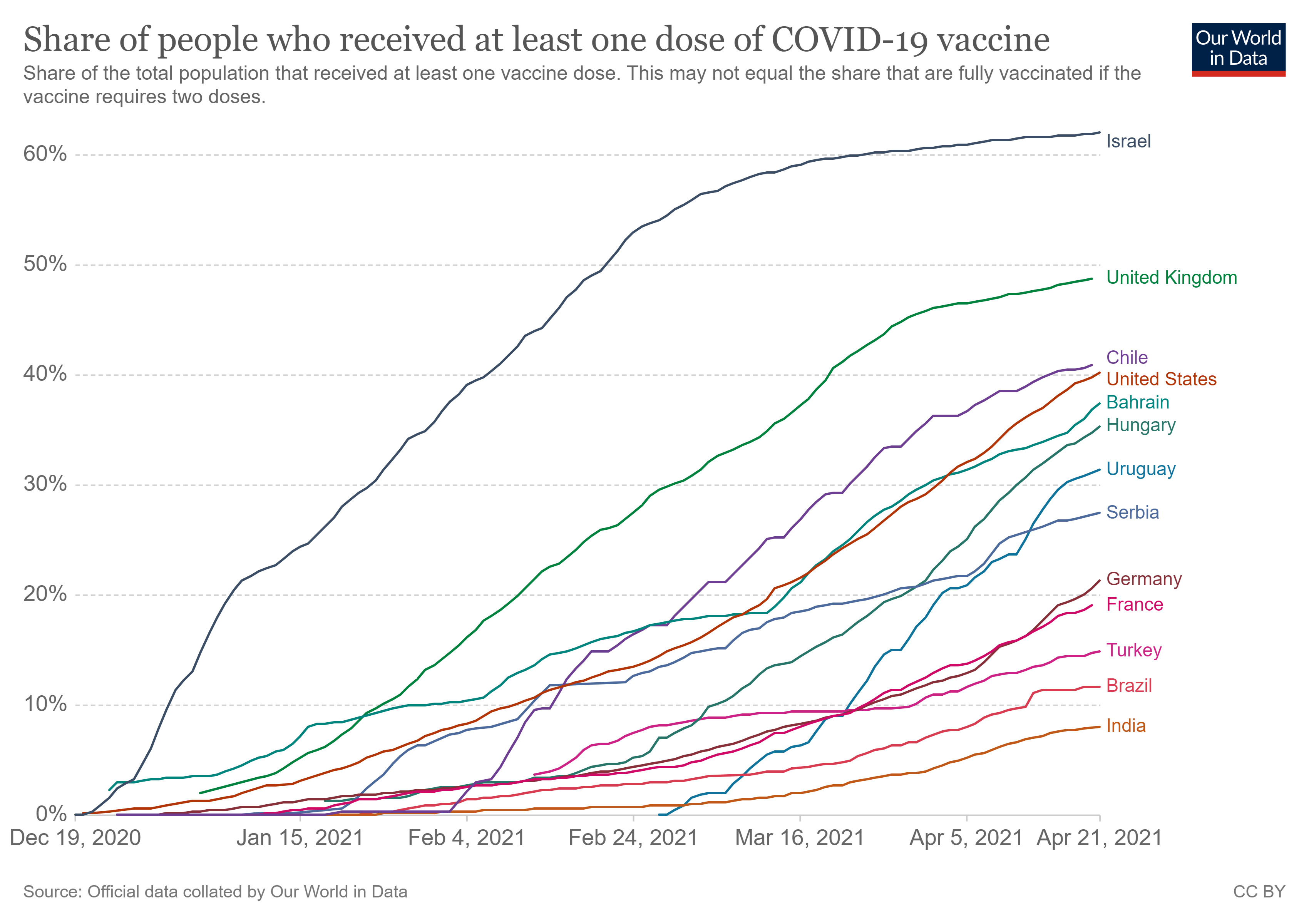 But even more stunning is the discrepancy between share of vaccines produced vs exported by Vaccine producing countries. While rich Western nations like US and UK have exported 0% of their vaccines, countries like Bharat and China have exported almost half of vaccines produced by them to other countries. Yet, when there was a slight delay in vaccine delivery by SII last month, UK’s media started a negative campaign against Bharat insinuating that it had purposely delayed UK’s vaccination program. It’s not just the Covid vaccine that Bharat is exporting. The country had exported 50 million hydroxychloroquine tablets to US at for Covid-19 fight, following a request by then US President Donald Trump in April last year, when US was devastated by the Covid first wave. But today, when it is Bharat and Brazil that are reeling the most under the Covid 2nd wave, US is basically saying ‘America lives matter more…for the world’

Such a sense of entitlement and exceptionalism has a long history in America. The idea of “Amercian Exceptionalism” is so deeply ingrained that Americans often describe the United States the “last best hope of Earth,” the “leader of the free world,” and the “indispensable nation.” While patriotism and nationalism in other countries is limited to putting their own people and interests first, most countries are cognizant of the give and take required to maintain a just international order and of the importance of respecting other value systems.

It would have been ok if US had just come out openly and said that they won’t export any vaccine raw materials until their population is fully vaccinated. That would have been plain vanilla ‘vaccine nationalism’. But to say that the entire world benefits if Americans are vaccinated first, is just mind-blowing supremacism.

This episode is yet another lesson to Bharat’s policy makers that self-reliance using whatever means necessary is the way of the world. We need to pay less attention to what big powers like USA say, and instead keenly observe what they do. We also need to realize that one-sided ‘Vasudhaiva Kutumbakam’ (world is one family) gestures will mostly go unreciprocated unless we acquire the required hard power to make ourselves heard.