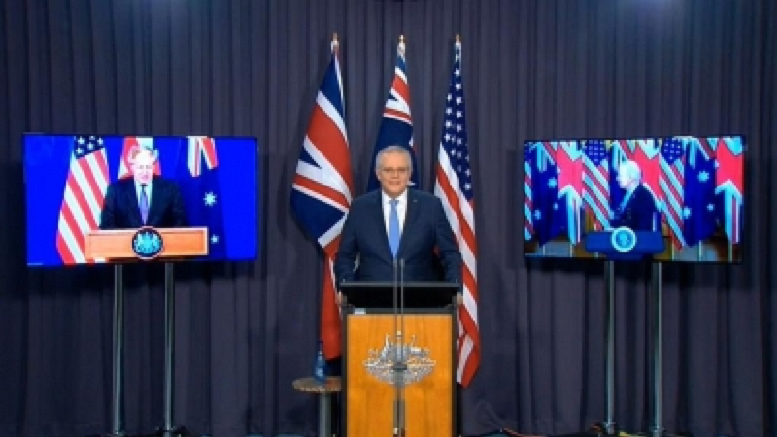 The US, the UK, and Australia have announced the creation of a new trilateral security partnership.

In a joint statement, the three governments said the partnership, called “AUKUS”, will help “significantly deepen cooperation on a range of security and defence capabilities”.

The first initiative under AUKUS will be delivering a nuclear-powered submarine fleet for Australia and the three countries will spend as many as 18 months discussing how this capability will be delivered, according to the statement.

Australia intends to build the submarines in Adelaide, a coastal city in the country’s south, in cooperation with the UK and the US, Morrison said in his remarks.

“Australia is not seeking to acquire nuclear weapons or establish a civil nuclear capability,” he said, vowing to meet all of its nuclear non-proliferation obligations.

Biden and Johnson said the nuclear-powered submarines that Australia wants to acquire are conventionally armed, noting that their countries will also be fully in line with their non-proliferation obligations.

A senior administration official told reporters that AUKUS “is not aimed or about any one country,” claiming that “it’s about advancing our strategic interests, upholding the international rules-based order, and promoting peace and stability in the Indo-Pacific”.