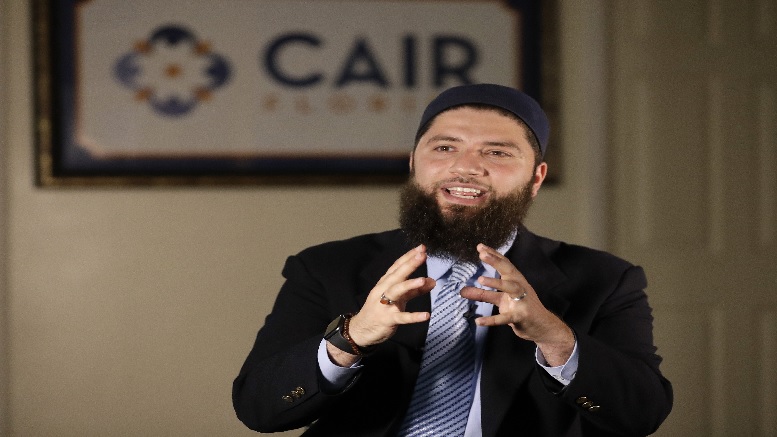 The Washington-DC-based Council of Islamic Relations (CAIR) is one of the advocacy groups working to have various city councils in the US pass an anti-CAA-NRC-Resolution. CAA is a legitimate law passed with sufficient number of votes by both houses of Bharat’s Parliament, therefore no other country or its city councils have any locus standi in the matter.

Despite this, in February last year, such a resolution was first passed by the Seattle city council and Cambridge Massachusetts was next.

In March this, year, CAIR and other groups were pushing for Chicago to pass a similar resolution. Fortunately, due to the stand taken by various sane groups, the resolution was defeated by a 26-18 vote.

CAIR is not just considered an Islamist organization close to Hamas and Muslim Brotherhood but the United Arab Emirates considers it to be a terrorist organization.

Recent revelations on one of CAIR’s leaders, Hassan Shibly, who led the Florida chapter, have opened a Pandora’s Box on the general working environment at CAIR. An April 15 report by NPR “Muslim Civil Rights Leader Accused of Harassment, Misconduct” has revealed that Shibly’s estranged wife and mother of their three children, Imane Sadrati released a video alleging abuse. NPR says:

She said her abusive husband had cut her off financially. “For years, I’ve been in an abusive relationship, and the situation at home has become unbearable,” Imane Sadrati said. “I finally decided to build the courage to start over for my children and I.”

Although Shibly denied the allegations, he resigned from his high-profile post at CAIR’s Florida chapter within 15 days of the video being released. His departure from CAIR emboldened several women to come out with their own stories of emotional abuse and sexual misconduct at CAIR’s national office and several prominent chapters. NPR’s report says that their interviews with some accusers and review of internal CAIR documents, SM posts, and email exchanges “portray Shibly as a man who used his position to seduce women and bully critics with impunity.”

Laila Abdelaziz, who worked under Shibly at the CAIR Florida chapter, said she resigned in 2016 in part because Shibly sexually harassed her.

Apart from Shibly’s conduct, CAIR’s lame response is a matter of concern:

When concerned parties brought allegations to senior CAIR officials in Washington, D.C., and Florida, former employees said, there was little, if any, follow-up action. They said leaders were aware of some of the allegations as early as 2016.

Zareena Grewal, an anthropologist at Yale said that although many CAIR chapters do good grassroots work, “They’ve been very resistant to growing and letting a new generation of leaders come in who may have a much deeper commitment to things like reckoning with sexual harassment or gender bias, corruption and things like unions.”

Parvez Ahmed, a former chairman of the CAIR national board, left over a decade ago and has since been critical of CAIR leadership over issues like inclusion and gender equity… “The leadership of CAIR owes the community an explanation as to who knew what and when and how those complaints were handled,” Ahmed said.

NPR spoke to Shibly who denied his wife’s allegations. His version of the story was:

.. the couple separated more than two years ago. He said they divorced in Islamic tradition about eight months ago. They filed for legal divorce after Sadrati’s public allegation of domestic abuse. As for the other allegations of misconduct against him — including workplace sexual harassment and bullying — Shibly said they are part of a campaign to “humiliate me and hurt me” and to smear CAIR and his work with the organization.

His ex-wife’s counter response was to stand by her statement.

CAIR’s official response was to issue a written statement saying that its leaders “take any allegations of misconduct against our staff or volunteers seriously,” while also specifying that its various chapters operate independently. However, with respect to Sadrati’s video, the Florida chapter whose leader Shibly had been said his resignation was a “part of a succession plan for a leader who wanted to focus on family.” The response from the Florida chapter failed to mention Sadrati’s claims against Shibly.

With respect to the several additional allegations that were coming up, CAIR National told NPR in a written response to questions that it has hired an outside investigator “in response to anonymous claims” about two “local chapters circulating online in recent weeks.”

“So far, the firm’s investigator has not been able to substantiate any of the claims due to a lack of cooperation from the mostly anonymous individuals posting these claims online,” board Chairwoman Roula Allouch wrote.

The sentiment that women are not confident of their claims being handled seriously was expressed as well:

A Southern California-based religious scholar, Aslam Abdullah, said that women mistrust that CAIR will handle their claims seriously. He said numerous women have come to him with what he regards as credible allegations of harassment, sexual misconduct or unfair treatment against senior men within CAIR or CAIR affiliates. These women don’t believe that CAIR National’s investigation will be fair and have refused to cooperate, he said.

More allegations have emerged against CAIR National and some of its prominent chapters:

The lawsuits against the San Diego office also allege gender and religious discrimination and a hostile and retaliatory work environment. One lawsuit was settled and dismissed. The second was filed in January by a woman who said she was treated differently as a woman and a Muslim from the minority Shiite sect. It is still pending. CAIR California said the claims “lack merit” and denies the allegations.

Several former employees at two other prominent chapters told NPR that CAIR leaders would police or comment on how women dress.

The former employees described a range of complaints, from a gender pay gap and women being shut out of closed-door meetings at the national office to women feeling tokenized and the career development of men being prioritized over women.

CAIR’s national office denied most of the allegations.

Shibly has also been accused of tricking women into secret Islamic marriage “behind his legal wife’s back.”

When Kyla McRoberts saw Shibly’s estranged wife go public with her allegations, she took to Facebook and posted her own:

In an interview, McRoberts said Shibly used his stature as a Muslim leader and her naiveté as a recent convert to Islam to “trick” her into a “secret marriage” behind his legal wife’s back in 2016.

“He definitely uses his reputation,” McRoberts said. “I was very naive and fell into it blindly. I was a new convert. He promised to teach me Islam and help me strengthen my faith.” She said Shibly found her on Snapchat. He told her he was getting divorced, and they entered into a religious marriage over the phone, with only a friend of his on the line as a witness.

It struck her as strange. But Shibly assured her it was all religiously sanctioned. When he’d see her only on business trips or stopovers on his way back from those trips, she said, she realized his wife didn’t know about her. She shared screen grabs of texts in which she told Shibly’s now-estranged wife.

Then there was the alleged abuse. One night she woke up and reached up to touch her long hair, and her ponytail was gone. Shibly, she said, cut it off while she slept, angry she had posted a picture of herself online without her headscarf. When she refused sex, she said, he told her that, as his wife, she couldn’t say no.

“He stole my self-worth,” McRoberts said in an interview. “I just don’t want him breaking another person so bad that they have no self-worth and contemplate suicide daily because of his lies and manipulation.” She said she needed money and he paid her to take down the Facebook post.

Shibly denied paying McRoberts to take down the post and said she is making up the allegations. He denied the alleged abuse, calling the accusations “utterly ridiculous and shamefully false.”

In 2016, another woman had similarly accused Shibly on SM and had tagged CAIR in some of her posts. Her claim was that Shibly had manipulated her into a love affair and a religious marriage behind his legal wife’s back. Shibly claimed he settled out of court with a confidentiality agreement which is why the woman was “too afraid” to speak to NPR when they approached her.

More people are coming out and speaking out against the misogyny and sexism at CAIR.

Jinan Shbat seethed as she watched the Shibly scandal unfold in recent months. For her, it brought back her time at the CAIR National office in Washington, D.C., where she worked for about three years through the start of 2020.

She said she dealt with indignities that a lot of women face in the American workplace: being overlooked in meetings, not being given opportunities for professional development, getting paid less than her male colleagues.

Shbat has started a campaign to force CAIR to be accountable and to take other claims seriously.

“The amount of women who have been reaching out to us who are like, ‘I used to work for CAIR. Thank you so much for finally doing this and speaking out,’ “Shbat said in an interview.”So many women have basically told us that they experienced a lot of the same sexism and misogyny.”