US missionary jailed for sex crimes in Kenya orphanage, his wife gave birth control to victims 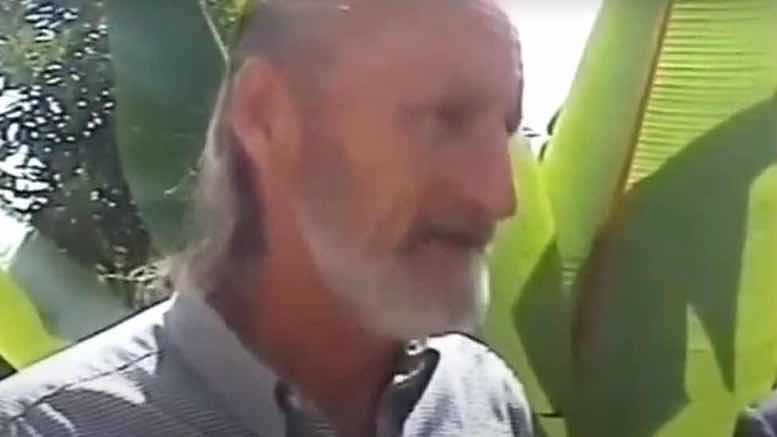 A Christian missionary from Pennsylvania, USA named Gregory Dow was sentenced to more than 15 years in prison for abusing four underage girls in Kenya. In addition to the prison term, Mr. Dow was also ordered to pay $16,000 in restitution.

Gregory Dow, 61, of Lancaster, and his family started the Dow Family Children’s Home near Boito, Kenya, in 2008 and operated it for almost a decade. The funding came from U.S. Churches and faith-based groups. He returned to US in 2017 when Kenyan authorities began investigating sexual abuse allegations, confirmed Federal US prosecutors. The orphanage operated until September 2017. Mr Dow left Kenya only when his misdeeds came to light.

According to FBI, he abused four girls, including two who were only 11 when the abuse began. “If he thought no one would care because these were underprivileged Black children he victimized, this investigation and today’s sentence have most emphatically proved him wrong,” Mr. Michael Driscoll, Special Agent in charge of the F.B.I.’s Philadelphia Division, said in a statement on Thursday.

Mr. Dow in his plea agreement admitted that from October 2013 to September 2017 he abused four girls for multiple times. “Gregory Dow was the proverbial wolf in sheep’s clothing,” said FBI’s Driscoll.

The scandal raises many questions. Among them the most important was how he had managed to flee?Prosecutors earlier noted Dow’s 1996 guilty plea to assault to commit sexual abuse in Iowa. He received two years’ probation and was ordered to register as a sex offender for a decade, the U.S. attorney’s office said. How someone like Mr. Dow who had been previously convicted of similar crimes was allowed to open an orphanage is a mystery.

The question of Kenya’s ability to bring foreign sex offenders to justice had also arisen. The FBI acted on a tip-off and Mr Dow was charged in July 2019. That tip-off was from a Kenyan woman Margaret Ruto, a nurse, living in the US who had returned to the area near the orphanage to care for her ailing Mother-in-Law, reports the Washington Post.

The newspaper reports Margaret Ruto found her family’s village “in uproar” after two girls, aged 12 and 14, had escaped the orphanage and shared stories of sexual abuse. The nurse turned detective took down the testimonies of the abused girls herself. The information provided by Ms Ruto, confirmed that Dow had sexually abused at least four teenage girls between 2013 and 2017.

The whole incident was not unknown to his wife who also runs the Home with Mr. Dow. “The defendant’s wife even transported the victims to a medical clinic to have birth control devices implanted into their arms, which allowed Dow to perpetrate his crimes without fear of impregnating his victims,” the US attorney’s office said in a statement after Dow was sentenced.

Sadly, such sex crimes in Christian orphanages, children’s homes or bible classes are common in Bharat too – see here, here, here, here, here, here – with both foreign and local missionaries being culpable. One of the most horrific cases was that of Grace Home, run by Pastor Jacob John, where 53 children from North Eastern states like Manipur and Nagaland were rescued by Rajasthan Commission for Protection of Child Rights – 4 children died due to their ordeal, a number of minor girls were sexually exploited, one got pregnant, and many suffered from severe physical deformities and mental retardation.

But just like in Kenya, law enforcement and judiciary in Bharat are loathe to prosecute Christian missionaries or clergy because of their global clout and due to the distorted idea of secularism, aka minority appeasement, prevalent in Bharat. Very few of such accused are ever prosecuted, and even fewer convicted.

In one shocking case, a Tamil Nadu Pastor Joseph Jeyapaul who was convicted for sexual assault on a minor girl in Minnesota, US and even served few months in jail, was reinstated by the South India Catholic Church upon his return to Bharat as per the directions of the Vatican!

The snail’s pace at which the trial of rape-accused Bishop Franco Mulakkal is proceeding in a Kerala court is a case in point, with the Church hierarchy still solidly backing their man – Mulakkal’s photo was included in the official calendar of the year 2021 brought out by the Syro-Malabar church in Kerala.