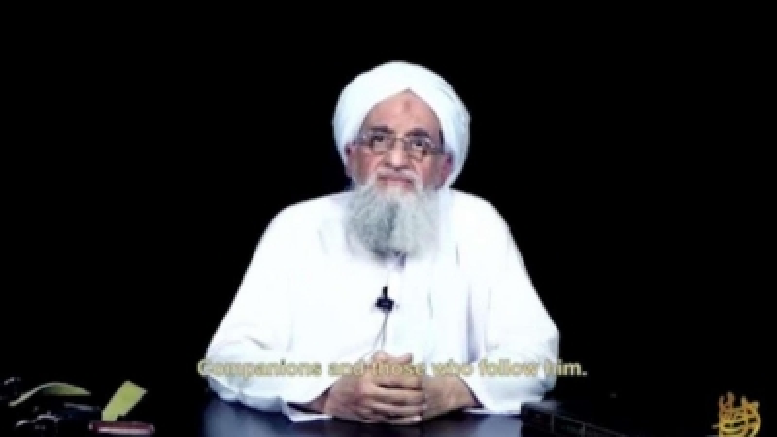 The US killed top Al Qaeda leader Ayman al-Zawahiri in a drone strike in Afghanistan over the weekend dealing the terrorist group a major blow, confirms President Joe Biden.

Al-Zawahiri had overseen the September 11 attacks on the US in 2001, that killed 2,977 people, along with Osama bin-Laden, who was killed by the US in 2011 in Pakistan.

Al-Zawahiri, an Egyptian by birth who had trained to be a medical doctor, had a US reward of $25 million for information leading to his capture. The US holds him responsible also for the bombing of its embassies in Kenya and Tanzania in 1998 and on its naval ship USS Cole in 2000.

He also had a long history of baiting and threatening Bharat. Last April, he praised an Indian student who stood up against efforts to prevent Muslim women from wearing hijab. The next month, in May, he called the abrogation of Article 370 a “slam” for Muslims.

Al-Zawahiri was killed by two Hellfire missiles fired at him from a CIA-run drone while he was on the balcony of a house in Kabul where he had been staying with his family. No members of his family or other civilians were wounded or killed in the strike, according to US officials who briefed reporters.

President Biden said in an address to the nation, and perhaps the world, that US intelligence had tracked the Al Qaeda leader to Afghanistan early in the year and he gave the go ahead to the operation to kill al-Zawahiri a week ago on July 25. Officials said Biden reviewed a model of the house early in July to make sure there were no collateral casualties.

“Our intelligence community located Zawahiri earlier this year,” Biden, who is dealing with “rebound positivity” of Covid-19, said in his address.

“He had moved to downtown Kabul to reunite with members of his immediate family. After carefully considering clear and convincing evidence of his location, I authorised a precision strike that would remove him from the battlefield once and for all.”

Biden added: “This mission was carefully planned, rigorously minimising the risk of harm to other civilians. And one week ago, after being advised the conditions were optimal, I gave the final approval to go get him and the mission was a success.”

The US studied Zawahiri’s behaviour and that of his family members for weeks — the women in the family took circuitous routes from and to home to avoid trackers, for instance — to reduce the possibility of hitting others.

The strike came around a year after the US left Afghanistan, which raised questions about its ability to carry out counter-terrorism operation there. The Biden administration had sought to allay such concerns and fears saying it will retain “over-the-horizon” capability from neighbouring countries.

Al-Zawahiri’s most spectacular operations were against the US, but he had Bharat in his crosshairs as well. In April, he came out in support of Muskan Khan, a Bharatiya muslim student who stood up to those trying to prevent Muslim women from wearing hijab to educational institutions.

“May Allah reward her for showing a moral lesson to sisters plagued by an inferiority complex via-a-vis the decadent Western world,” al-Zawahiri said in a video released in April.

A month later in May, he opposed the Modi government’s decision to abrogate Article 370, which ascribed special status to the erstwhile state of Jammu and Kashmir.

“When the Hindu government of India took the infamous decision to annex Kashmir, it was the slap on the faces of the governments ruling over Muslim lands,” he said in a video.

He added: “The decision was taken with full confidence in the support that India enjoys from international criminals and the ineptitude of Pakistan’s intelligence agencies, the de facto rulers of Pakistan.”