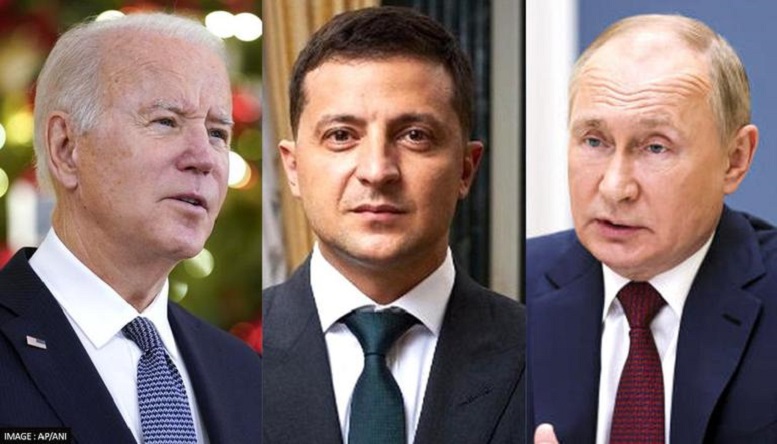 A war between Russia and Ukraine has been escalated for more than 100 days now with no sign of conclusion. The global debate on war is skewed for blaming Russia, however, western media and politicians have swung in the favour of Ukraine, justifying its daring resistance against war mongering Russians. Unfortunately nobody has answers for the trepidation of the ordinary people of the world who heavily rely upon the essential supply of oil and natural gas from Russia and Ukraine. Human ordeals are looming large due to this war, but the political and business interests of United States of the America are far more vital than anything else.

Smedley D. Butler, a retired United States Marine Corps Major General, has rightly said that war is “conducted for the benefit of the very few, at the expense of the very many,” with only a very few making huge fortunes. One can see the timeline of this war and make out that with the provocation of the USA in the surrounding region of Russia, it provided an opportunity to bellicose Vladimir Putin to kick off a full-fledged war against Ukraine. However, American intervention in the region is not new.

In September 2017, it deployed two U.S. Army tank brigades to Poland to bolster NATO’s presence in the region and subsequently, imposed new sanctions on twenty one individuals, including a number of Russian officials and nine companies linked to the conflict in Ukraine. The state department allowed lethal anti-tank weapons to be sold to Ukraine.

History has witnessed that the Americans are prone to initiate war in any corner of the world after a financial crisis in their own country, and that is to provide impetus to their economy. After 1929-1938’s great depression, World War II started, consequent to 2008 recession, Syrian crisis erupted; and now, after a global slowdown due to Covid 19, this Ukraine-Russia war is exacting a toll on the world.

Is that merely a coincidence or a deep brewed plot? Why has the US defense budget for 2022 risen from $741 billion to $778 billion in a year? Joe Biden came into power by swearing to invest more in social infrastructure than the Trump administration, but he landed up allocating $40 billion more than the Trump government to military expenditure at the expense of social and physical infrastructural development in the year 2022.

This analysis confirms that no matter which party gains control, the defense manufacturing lobby in the United States, always have the last laugh. War starts and ends with the government’s decisions, but the ultimate beneficiary is the defense sector in the US.

The US is openly backing Ukraine against the atrocities by the Russians. Every possible measure to handicap Russia is adopted by the US. From the UN to the International Court of Justice, Russia has been condemned. All financial transactions with Russia have been restrained. Emerging super powers such as Bharat are being pressurised to stop bilateral trade and association with Russia, however, a shocking claim has been made by the Ukrainian intelligence agencies that Russian military hardware is using US manufactured microchips. Names of defense manufacturers such as Texas Instruments, IDT, Altera USA, Burr-Brown, Analog Devices Inc., Micron Technology, Linear Technology, and TE Connectivity surfaced in their investigation. This proves the active role of the US in war by making hay while the sun shines.

Covid 19 has affected the US economy and to recover the losses, Biden’s government sought some geopolitical crisis in the region far from the US to reap the maximum benefits out of it. Firstly; the Ukraine- Russia war has disrupted trade relations between Russia and Europe. Statistical figures show more than 40% of Europe’s gas was supplied by Russia, which may now be replaced by the US having abundant shale gas at its backyard.

Secondly, any major global crisis strengthens the dollar as demand for it increases. American monetary policies have been made more attractive for investors after isolating Russia from most of the US led financial initiatives in the world.

Thirdly, every war comes with a “push factor”. In other words, mass migration from Ukraine to various countries in Europe would become a headache for authorities, and therefore demand for security or defense equipment will spurt in the near future in Europe also. Apart from that, Europe will have to secure more and more debt to feed unwarranted migrants, which will further ramp up dollar demand.

The individual interests of Biden’s cabinet ministers in the Ukraine war should play out in the public domain. Before joining the cabinet, the secretary of Defense, Lloyd Austin, had been one of the directors of Raytheon, a military contractor. This is one of the principal defense companies in the US, funnelling weapons and advanced military hardware into the Ukraine.

At the beginning of February, the US committed to give Ukraine 5,500 Javelin systems, which are produced by US defense contractors Raytheon and Lockheed Martin and are each worth about $178,000. As war news broke on the screens, the stock price of Raytheon shares was buoyed.

Leo Tolstoy well said in his book ‘The War and Peace’ that “In order to understand, observe and deduce, man first must be conscious of himself as alive”, which fits the current crisis in the world. Russia is an aggressor no doubt, but is that all? Is it not worth investigating the role of the defense industry in precipitation? Is it not possible that every move of the American dispensation was choreographed to aggravate the strife between Ukraine and Russia? The available evidence clearly shows that the ultimate winner in this war is neither of the two but the defense companies and economy based in the far western corner of the globe.