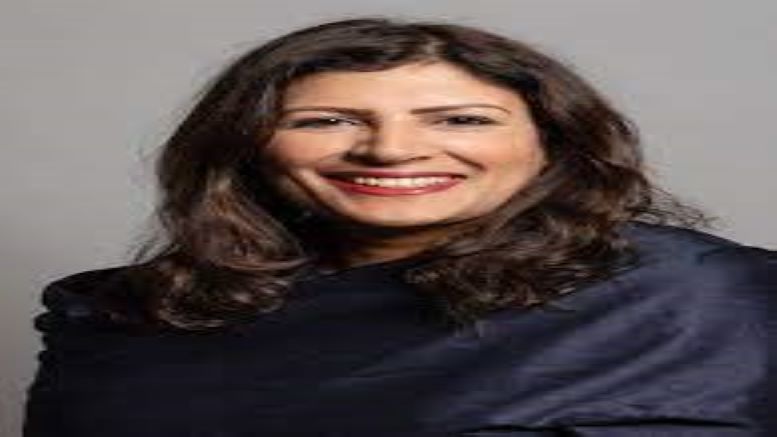 Sikh Labour party MP from the United Kingdom (UK) Preet Kaur Gill hurt the sentiments of Hindus by labeling the victim of the Golden Temple lynching ‘Hindu terrorist’ in a tweet that she was subsequently forced to delete after outrage at this blatant attempt to deliberately tag Bharat’s majority community without any basis.

The Indian High Commission in London taking note of the Labour Party MP’s tweet issued a statement saying “The High Commission of India is constrained to unequivocally repudiate the public comment by a member of the British Parliament regarding a crime that occurred in India even before the Indian law enforcement authority could investigate or comment or declare their finding”.

Kaur deleted the tweet and replaced it with another one stating “No place of worship or community should be targeted in this way. Awful scenes from Harmandir Sahib”. Her original tweet read “Hindu terrorist prevented from an act of violence at the Sikh holy shrine of Harmandir Sahib against Sikhs”.

While the MP retracted her original statement, she initially maintained a convenient silence on the brutal lynching of the man by Sikhs over alleged sacrilege. “Beadbi incidents are unacceptable, but the lynching of another person is also unacceptable, and no one should take matters into their own hands. We need a full inquiry into these matters”, she tweeted later.

As is their wont, she attempted to play the victim saying she was being trolled by ‘rightwing Hindu groups’. Immigration lawyer Harjap Bhangal, who was quoted by Gill in one of her tweets, also put out a tweet reading “Let me correct the headline… Hindu Terrorist who grabbed a sword in an attempt to attack innocent praying people, including women and children, is prevented from slaughtering them by Sikhs… Much better”.

Gill’s tweet was condemned by Trupti Patel of Britain’s Hindu Forum who demanded an apology from the Labour party MP while adding that she would report Gill to the Parliamentary Commissioner for Standards. “The Hindu community is shocked to see this tweet by the chair of the APPG for British Sikhs. Without checking facts, she believed the gossip of others and tweeted spreading anti-Hindu fake news when she knows very well that Hindus only act in self-defense and never attack anyone”, Patel said.

Labour Party had passed the anti-Bharat resolution on Kashmir at their annual party conference in September 2019 that upset and angered the British Indian communities. The resolution was passed unanimously and was largely promoted by British Pakistani origin MPs, Councillors and party activists where it sought to interfere in the internal matters of another country and that was drafted in a one-sided and divisive manner.

Time and again, Jeremy Corbyn and his party have proved their deep-rooted hatred and bias against Hindus. While Labour Party stands by British Muslims, it has never extended the same courtesy to British Hindus and Sikhs although the latter have been supportive of the party. While the Conservative Government in 1972 sent flights to Uganda to save persecuted Bharatiyas from Idi Amin, Labour City Council advertised in Ugandan newspapers to discourage them from coming to Leicester.

Similarly, the Labour Party pursued an extremely anti-Hindu policy including supporting the dangerous ‘caste law’; that too when it was in the opposition. The party’s anti-Hindu acts have been a cause of worry for the Bharatiya Dharmic community in the UK, which has contributed to the development and prosperity of Britain over several decades and generations.

Given the party’s history, it is hardly surprising that MP Preet Kaur Gill attempted to raise the ‘Hindu terrorist’ bogey.