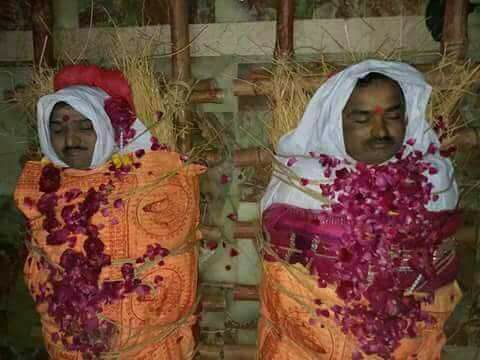 In yet another attack on the hapless Hindu minority of Sindh, Pakistan, two Hindu brothers (Dileep Kumar and Chandar Maheshwari) were shot dead, allegedly by dacoits, in Tharparkar district of Pakistan’s Sindh province.

The victims, identified as Dileep Kumar and Chandar Maheshwari were grain traders. They were opening their shop in the grain market in Mithi area of the district when the incident took place, the Express Tribune reported.

According to police, in the first ever robbery incident in the city, bike-borne dacoits tried to snatch the money from the brothers, but when they resisted, the robbers shot them.

Following the incident, traders shut their business in Hindu-dominated areas in the district in protest and people blocked main roads and staged sit-ins, leading to traffic jams.

Local people alleged that police reached late at the spot as most of the personnel have been deployed in Mirpurkhas for the security arrangement of a rally organised by the Pakistan Peoples’ Party (PPP), where former President Asif Ali Zardari is supposed to address, the report said.

Such daylight murders of Hindus are common in Sindh, considered the more ‘liberal’ of the 4 provinces of Pakistan. Abduction of Hindu girls for forced conversion and marriage, and desecration of temples are some of the other ways in which Hindus are persecuted in Sindh. Ironically, 93% of the Hindu population of Pakistan is based in the Sindh province, with Tharparkar district having a large concentration of Hindus.

But this area is also one of the most neglected, despite its proximity to a megacity like Karachi, with successive governments being accused of discriminating against the poor Hindu population.

Incidentally, the Sufi Peers of Bharchundi Sharif are said to be behind the frequent abduction and forced conversion of Hindu girls, including many minors. One of the most notorious names in this systemic persecution of Hindus is Pir Abdul Haq aka Mian Mitho, who is a former parliamentarian of the Bhutto-led PPP party.

How long will the Pakophiles in Bharat’s media, politics, films and civil society continue to hoodwink the rest of the country about the ugly reality of Pakistan?