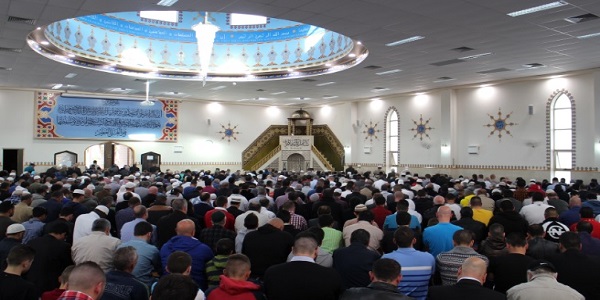 The Prime Minister finally found time after his vacation to visit Toronto on the Danforth and place a bouquet of flowers at the makeshift memorial for 18-year-old Reese Fallon and 10-year-old Julianna Kozis, who died in the mass shooting July 22 by Faisal Hussain.

For some reason Justin Trudeau could not condemn the actions of the Pakistani-Canadian who spread terror in our city. Instead the P.M. called for “a time of compassion” among all of us.

Compassion? For whom? For the dead? The dead don’t need compassion; they need justice and the truth.

So was Trudeau calling for “compassion” towards mass murderer Faisal Hussain? Is it possible he was influenced by the spin doctoring of those promoting the theory the killer’s actions were exclusively the result of mental illness?

If so, he is not alone. Days after the shooting, I took a long stroll down the Danforth to get a feel for the tragedy that unfolded so close to home. What shocked me was the absence of any large portraits of Reese and Julianna killed by Hussain. What outraged me more was the obvious empathy for the killer as a ‘victim’ of neglect by the ‘system’.

The spin doctors had been very successful in blindfolding the community into believing that had the system treated Hussain’s supposed ‘mental illness’, the tragedy would never have occurred. More than one message at the makeshift memorials had people praying for the ‘soul of the shooter’.

Then on Sunday, a solitary protester who blamed CBC for covering up possible Islamic influences in the attack was confronted by a woman, dressed up as a niqabi wrapped in red.

She started provoking the protestor by standing in front of him and as the video of the incident showed, deliberately pushed her back into his sign. The jostling, mainly by the niqabi woman continued until she had help from her sympathizers. A man entered the fray and just threw the protester inside the Alexander Park fountain drawing loud cheers and laughter. The police arrived, but instead of laying assault charges on the attacker, dragged the victim away.

To the bleeding-heart, guilt-ridden white liberals and leftists who attacked a single protester, I would like to invite you to please pay attention to extracts of this sermon at the mosque on Thorncliffe Park that catered to the Muslim youth where Faisal Hussain lived.

O Allah! Count their number, slay them [non-Muslims] one by one and make them a lesson to their likenesses
Oh Allah, Defeat them and make the ground shake beneath their feet, and show us in them the wonders of Your Might, for they are weak before You, O Mighty, O Powerful.

O Allah! Raise the standing of Islam and the Muslims.

The Mullah’s sermon ended with the usual rhetoric about Muslims suffering around the world being a result of the conspiracy of non-Muslims.

For their part, the board of directors of the Islamic Society of Toronto on behalf of the mosque said the supplication by an external speaker was “a rendition of a historical text.”

“The text, when understood in the right context and mainstream interpretation, clearly addresses tyrants and oppressors in general. Any suggestion that the language refers to non-Muslims or that the statement encourages Muslims towards violence are categorically false and inaccurate,” the board said.

“However, we recognize that some could, intentionally or unintentionally, misinterpret the text. We distance ourselves from such misinterpretations of the text which fuel the fire of hatred.”

Which is exactly the point.

We don’t know whether Hussain was exposed to these prayers. We do know apologists justify prayers like these by suggesting they should not be taken literally, which is outrageous.

There are thousands of prayers or supplications that could be used that don’t employ language that surely qualifies as hate speech, especially to susceptible minds.

There needs to be among Muslims in this country a rejection of these hateful supplications.