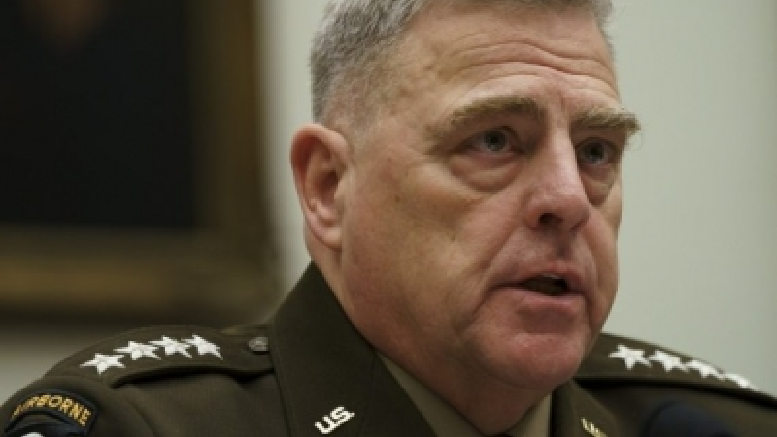 General Mark Milley, chairman of the US Joint Chiefs of Staff, has said during a Senate hearing that it is a “strategic failure” with the Taliban back in power and US withdrawal from Afghanistan.

Milley, alongside Secretary of Defense Lloyd Austin and US Central Command head Gen. Kenneth McKenzie, testified for the first time before Congress since the United States ended its longest war in Afghanistan, Xinhua news agency reported.

“It is obvious, the war in Afghanistan did not end on the terms we wanted, with the Taliban now in power in Kabul,” Milley told the Senate Armed Services Committee on Tuesday.

“Strategically, the war is lost, the enemy is in Kabul. So you have a strategic failure while you simultaneously have an operational and tactical success,” he said, referring to the massive personnel evacuation since mid-August.

Milley and McKenzie said they believed the US should maintain 2,500 troops in Afghanistan, and a quick drawdown from the country could lead to a collapse of the Afghan government and military.

Such comments seemed to contradict President Joe Biden’s words in an interview last month, in which he said no military officials advised him to keep troops in Afghanistan after the withdrawal deadline.

Meanwhile, Milley and Pentagon chief Austin stressed that the sudden collapse of the Afghan military was beyond their expectation.

“The fact that the Afghan army we and our partners trained simply melted away, in many cases without firing a shot, took us all by surprise,” said Austin.

Milley noted that most intelligence assessments indicated the collapse “would occur late fall, perhaps early winter, Kabul might hold till next spring.”

Top military commanders pointed to the agreement reached between the United States and Taliban in February 2020, which called for a full withdrawal of the US troops from Afghanistan by May 2021 if the Taliban meets the conditions, had a demoralizing impact on the Afghan military.

The US military completed its withdrawal from Afghanistan on August 30 under Biden’s order, ending 20 years of occupation. The hasty and chaotic evacuations drew fierce criticism from both home and abroad.

Milley admitted in the hearing that the withdrawal damaged US credibility. “Damage is one word that could be used.”

He also raised terrorism threats that could potentially emerge from Afghanistan in the near future.

Reflecting on the Afghan war, Austin questioned if the United States had the right strategy in the past two decades, adding that Washington might never fully comprehend the situation on the ground, including the depth of corruption in Kabul.

A poll conducted last month by the Pew Research Centre showed only 26 per cent of Americans believed the Biden administration handled the Afghanistan situation well, and 69 per cent of the public said the United States mostly failed in achieving its goals in Afghanistan.