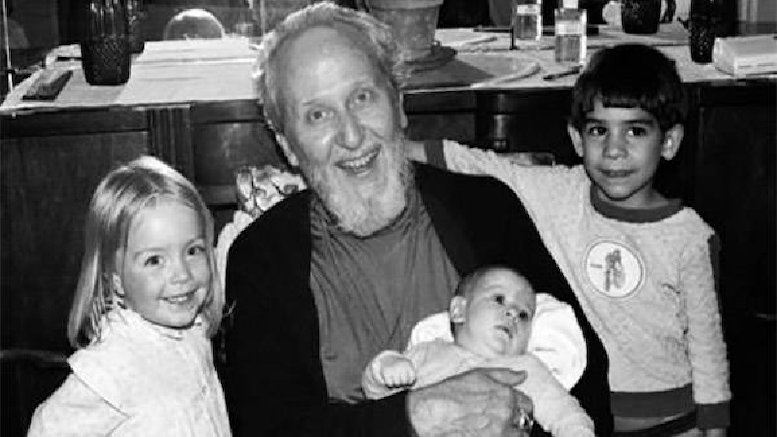 The sexual abuse of vulnerable children by paedophile Christian clergy is an international issue affecting both developed and developing nations. The problem exists in both mainstream and fringe Catholic/Protestant Christian sects & orders. The film “Spotlight” showed a newspaper’s investigation into cases of widespread and systemic child sex abuse in Boston city of USA by numerous Roman Catholic priests.

One less-discussed manifestation of this problem is the explosion of Christian orphanages and child care homes, mostly in developing countries like Bharat, Cambodia, Laos etc. Many of these institutions have reported troubling cases of long-term sexual abuse, exploitation and illegal religious conversion of children, which HinduPost has covered extensively in the past.  Foreign pedophiles too have been known to visit such orphanages under cover of social work or as teachers.

A twitter thread by @shanteehee throws light on a Christian cult with a dark history of child sexual abuse, which was later spun off into a charitable NGO that operates children’s homes in Bharat and other countries. You can read the thread below, with minor edits to conform to HinduPost style-guide:

This thread is a foray into the cult called ‘The Family International’ (formerly Teens for Christ and then Children of God), founded by David Berg in Huntington, California, in 1968. It now has dealings all over the world, including Bharat.

If you haven’t watched the documentary ‘Children of God’ on Netflix, then it is highly recommended to watch it. It is a good primer on the way the cult operated. However, I will summarise the leader’s (lovingly called Dad by his followers) bizarre world view here. 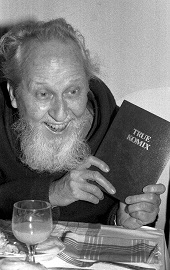 David Berg believed that Jesus was love, and love was sex. Members were encouraged to give themselves to anyone who wanted them as a way of worship. They lived communally in different “Family Homes”, and it was typical for one woman to bear several children from different men.

Members were encouraged to recruit people to the cult with a method called “Flirty Fishing”. As the name suggests, this was basically religiously sanctioned prostitution, used to grow their flock. 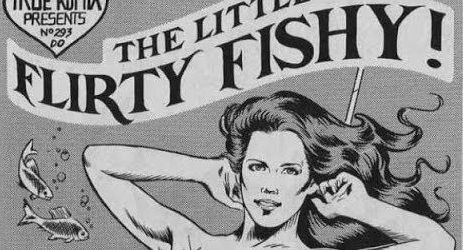 David Berg would write what he called “Mo’s Letters”, richly illustrated combinations of instructions to his followers on recruitment methods like ‘Flirty Fishing’ and bizarre feverish rants on his sexual fantasies, often involving minors. This is the cover of one of them. A lot of pornography, even child pornography, was videotaped by members. The Family denies this, but there is video evidence. Children were made to perform strip teases often, and were frequently present in the audience when adults were performing.

This Vice article contains a quick list of the cult’s teachings and their bizarre pornographic propaganda comics, which are so obscene that their screenshots cannot be shared on this platform so readers can read at their own risk.

Sexual relations were not confined to adults. Sexual relations with children were not only allowed, but encouraged. David Berg, the founder, married his follower Karen Zerby in 1970, and became step father to her son, Davidito. The story of Davidito is a tragic one.

His mother Karen and a member called Angela Smith would sexually molest him when he was a toddler. Their actions were recorded in a family child rearing manual. Davidito lived a tortured life, and ended up killing his abuser Angela Smith and subsequently himself, in 2005.

Zerby outlawed sexual relations with minors in 1984. Whether this was followed or not, I am unaware of it. My guess and as per the reports of ex-members, it was not. Family homes were prime ground for exploitation. After Berg’s death in 1994, Zerby took over and still heads the cult today. 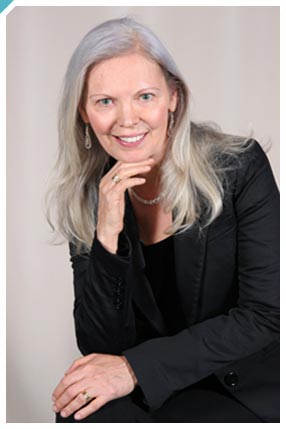 Family Homes existed (apparently still exist) all over the world, including Bharat. Members and children often shifted countries frequently. Here are members pictured singing to Bharat’s President Ali Ahmed and with Rishi Kapoor and Indira Gandhi in the 1970s.

Remember that Karen Zerby, the current leader of ‘The Family,’ is an alleged child molester/ pedophile, and has not served time for her crimes. Her current location is unknown. Many members who committed horrific abuses against minors are missing or in hiding today. So who funds them?

In 1997, the Family Care Foundation was set up by Grant Montgomery, 3rd in command in the Family. The foundation denies any ties to The Family. However, a look at their board members says otherwise. Angela Smith, Davidito’s abuser, was also on the board until she was killed in 2005.

FCF claims to work for the upliftment of the underprivileged all over the world. Their dealings in the States have come under scrutiny. “At least two members.. accused of (child) sexual molestation went on to start charities funded by the (FCF).”

Ex-members of The family allege here that some of the funds raised by the FCF are siphoned off to current Family members, particularly those in hiding because of accusations of abuse. Many donors have stopped donations after finding out who the FCF are. They have even come under fire in Cambodia.

Now we come to the FCF’s projects in Bharat.

They run projects in Goa, Bangalore, Coimbatore, Vizag, and Hyderabad. These are just the listed projects on their website. My research shows that have offshoots in other cities as well.

Grant Montgomery, the founder of FCF, is married to the daughter of Arthur and Becky Lindfield. Art and Becky are long time alleged Family members/ in top leadership, and allegedly co-writers in an explicit instructional manual for Flirty Fishing.

Montgomery and the Lindfields often visit Bharat on FCF work. In fact, the Lindfields are the managers for one of the FCF’s programmes in Bharat. Read here from an ex-member forum about how the FCF are a front for The Family.

A defense here could be that the Family has abandoned most of Berg’s teachings. However, cases of horrific abuse in Family Homes keep popping up, even after the outlawing of child abuse in 1984.

Who are the project managers in Bharat? I have learned that two are confirmed Family members from an ex-member site, but I will not mention names. If you do a little cursory research, you will learn more. Have a look at each of the Indian FCF projects here.

A school started by the FCF in Bangalore that educates children from slums came under fire in 2012, when a female attendant there branded seven little girls with a hot knife.

Some alleged members have even started home(s) for orphaned children in Goa, that are often visited by foreign missionaries who entertain the children. A certain Bollywood star’s parents are also reportedly Family members, and do work with children in Tamil Nadu.

Here is an archived forum from 2005 about how the Family is growing in Bharat.

I do not claim that abuse happens in any of these programmes by the FCF. For all I know, the local coordinators could have no clue about The Family and are doing excellent work for the underprivileged. I have no doubt that many children have benefited from these programmes.

I merely want to start a conversation about how Bharat as a country is so lax about granting visas to missionaries with very disturbing pasts, and how foreigners are given easy access to children, especially children whose parents don’t know enough to ask the right questions.

This thread came about after I read of the new Chinese female Jesus cult that is making inroads in Nagaland. We allow the crazy fringes of foreign evangelism like Mormonism, Scientology, and such into the country with open arms.

Shouldn’t we scrutinize more closely exactly who is being given access to our children, when we know that they come from impoverished backgrounds where any help is welcomed without suspicion? Shouldn’t we be taking care of our own?

The faces of our children are plastered all over the website of a charitable front for a cult with a horrific past. This isn’t about Christianity as a religion because mainstream Christianity would be taken aback by its teachings.

If the local coordinators do not know about The Family, does that not say how lax our regulations are about where charity money comes from and where it goes? And if anyone brings this up, they are derided as bigots and crazed conspiracy theorists.

I’m not sure if this is going to make any impact whatsoever, but I hope it makes some people think about what is potentially going on in our country under the guise of welfare programmes, and who we’re letting in.