The East Indian Community in St. Vincent in the Caribbean 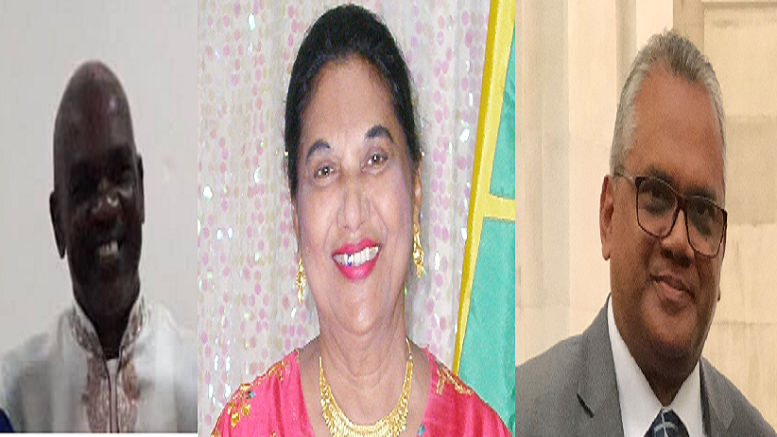 St. Vincent in the Caribbean has a population of approximately 111,000 persons, consisting mainly of persons of African descent. There are small numbers of mixed persons of Carib and African origin, Europeans and East Indians (called Indians).

Indians form about 6,660 persons (or 6%) of the total population. Although Indians in St. Vincent are scattered in several villages, there are distinct areas where they are concentrated, namely Richland Park, Calder and Rosebank as well as Akers, Georgetown, Park Hill and Orange Hill.

Nine years ago, I led the Indo-Caribbean Cultural Centre (ICC), and others, in organising the First Conference on The Indian Diaspora in St. Vincent. The conference was a landmark success.

An ICC virtual public meeting was held on 21st February 2021 on the topic “The East Indian Community in St Vincent.” The Pan-Caribbean meeting was hosted by the ICC. It was chaired by Sadhana Mohan of Suriname and moderated by Bindu Deokinath Maharaj of Trinidad.

The speakers were Junior Bacchus, President of the St. Vincent and the Grenadines (SVG) Indian Heritage Foundation & Honorary Consul of India to SVG; Cheryl Gail Rodriguez, Producer of the Miss SVG and Miss Carival beauty pageants for 20 years, and a Justice of the Peace; and D. Lenroy Thomas, Co-Founder of the SVG Indian Heritage Foundation & SVGIHF’s Facebook group and website administrator.

The following are excerpts of the meeting:

“My great grandfather, Ram Balak Singh, a religious scholar and pundit had started giving Hindi lessons at the Argyle estate, but this didn’t last for long. In the 1960s, my father, Mr. Donelly Bacchus and others like Dr Gideon Cordice, also made attempts to establish an Indian cultural association.

An organisation, the SVG Indian Heritage Foundation was finally started at Osley Baptiste’s house at Indian Bay at a chance meeting of several family members.

Since then, the government of SVG has passed an Act to recognise Indian Arrival Day and Indian Heritage Day. The Foundation has established relationships with the Government of India and regional organisations.

I was also appointed Honorary Consul of the Republic of India to St. Vincent and the Grenadines.

Some of the other achievements of the Foundation include visits and cultural presentations in schools, negotiating with the government on behalf of the Indian community, establishment of a website and an online forum, hosting of Indian officials in SVG, annual Yoga classes and participation in events in India and the region.

I feel that regional Indian organisations need to work closer together to attain greater synergies.”

“My visit to India in 2019 was a miracle for me; an impressive, successful one, which has enhanced the image of the SVG Indian Heritage Foundation and the Indian community.

It has helped to bring awareness of our existence and our work. We have been able to forge a link with India, Motherland and home of our ancestors.

We hope to be able to learn more about our heritage and culture, and God’s willing, one day our Executive and other members will be able to visit India.

We agreed that we needed to capture and document some of the stories of some of our elders. We, therefore, set about contacting persons who willingly agreed to be interviewed.

We are indebted and eternally grateful to our PRO, Mr Colvin Harry for carrying out this task with enthusiasm.

With enhanced technology, our world has become a village, and I would like to see improved relationships between Indians all over the Caribbean and the Diaspora.

“I am making a humble call for a Caribbean-wide entity or project that will meet the needs of Indians in the region who are researching their roots.

Eight Indian elders who were interviewed by our organisation said that there is a need to strengthen relationships among other Indians, among regional organizations, and with India.

They feel that there must be tangible results from these relationships. The transcript of these interviews and commentaries along with a history of the Indians of St. Vincent and the Grenadines will be published in a book later this year.

The SVG IHF was established in 2005 with the development of its online presence where forums are an integral part.

One of the strongest desires of members of our Foundation is for information about their roots. The Foundation has been making efforts to make more complete genealogical information available, but there are limitations.

Technical and other resources along with the corporation of governments and other entities are required to obtain and compile this information.

If all regional Indian organisations work together with strong support from their governments, Indian embassies and other related organisations, a One-Caribbean project or entity can make this data available to the Indian community in the Caribbean and its diaspora.”