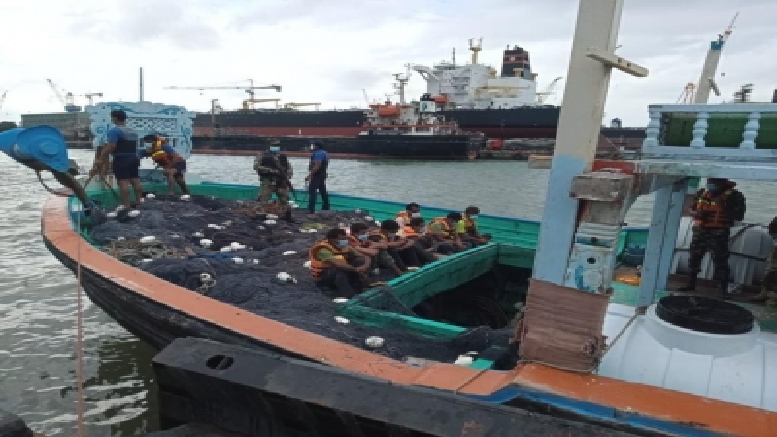 The Sri Lankan Navy has apprehended a trawler, allegedly involved in drug trafficking, in the high seas off Male, and brought it back to Colombo.

Seven persons, all Pakistan nationals, were taken in custody, and 336 kg heroin was seized in the operation earlier this week.

The trawler, reportedly acting as a multi-day fishing trawler, was transporting drug consignments to other boats, and investigations are still in progress.

No weapons were recovered so far.

The stock of heroin weighing 336 kg with a street value of around Rs 3.1 billion was detected by the Sri Lanka Navy was found in this operation.

A seven-member crew were found to be Pakistan nationals with a multi-day fishing vessel used to transport the heroin from a foreign port.

The operation was the culmination of a stringent three weeks of surveillance and information sharing between the Navy and intelligence agencies.