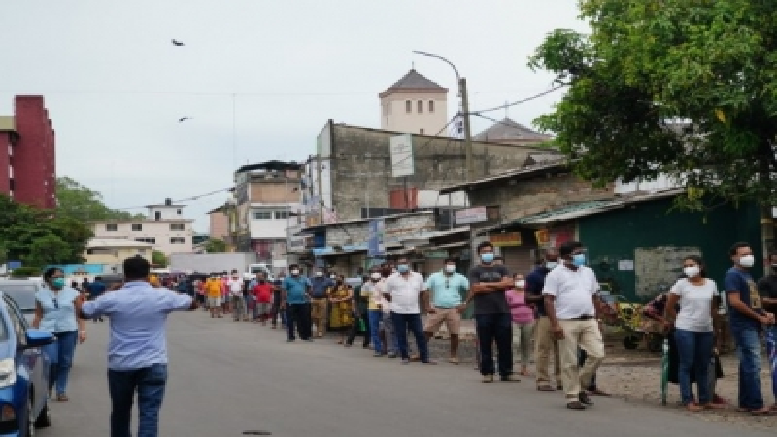 Sri Lankan authorities have again extended the ongoing nationwide travel restrictions to June 14 as health officials were battling to contain the third wave of the the Covid-19 pandemic.

Army Commander and Head of the National Operations Center for the Prevention of Covid-19, General Shavendra Silva told Xinhua news agency that the curbs were extended under the instructions of President Gotabaya Rajapaksa and it would not be relaxed anytime in between.

Only essential services and food suppliers will be allowed to operate, while everyone else have been are urged to stay at home.

Since the third wave hit the country in April, Sri Lanka has reported over 80,000 infected patients, increasing the overall case tally to 192,547.

Authorities said a new virus variant which had infected the younger population was now airborne and people were urged to strictly follow all health guidelines.

According to official figures, the country has recorded 1,527 deaths from the virus.

A mass vaccination program is ongoing in the country with over 2 million people vaccinated with the vaccines, figures from the Epidemiology Unit showed.

The Army Commander said that while the Sinopharm vaccines are presently administered in the country, the vaccination program will be extended to further districts of the nation from June 8, with priority given to pregnant women and senior citizens above the age of 60.

Lakshadweep: how a long-ago inverted demography has become a hurdle in development of this strategic archipelago