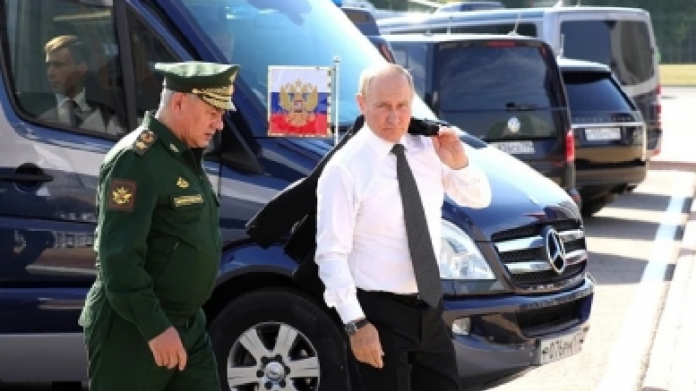 As it announced partial mobilisation on Wednesday, Russia plans to utilise the resources of its vast — almost 25 million — reserves who have combat experience and military speciality.

Russian President Vladimir Putin signed the decree ‘on the announcement of partial mobilisation in the Russian Federation’ early Wednesday, calling out his countrymen for military service.

This, he said during a speech on national television, is being done to take all urgent steps to protect Russia’s sovereignty, security and territorial integrity to counter the “aggressive policy of part of the Western elites” who are “striving with all their might to maintain their dominance” during the ongoing conflict in Ukraine.

Later in the day, Russian Defence Minister Sergei Shoigu addressed a collegium of his Ministry informing them that the deployment formations, military units, military commissariats and the reinforcement apparatus is ready for mobilisation.

He said that it is planned to call up around 300,000 reservists which is “one per cent or a little more” of the total mobilisation resource, adding also that there is “no question” of any mobilisation of students studying in universities.

“The time has come to put into practice the experience gained during the annual strategic exercises,” Shoigu added in his opening remarks at the meeting.

The decree, which came into force immediately, states that Russian citizens called up for military service by mobilisation have the status of military personnel serving in the armed forces of the Russian Federation under a contract.

Once recruited, the reservists will undergo retraining and crews, teams, squads and platoons will be coordinated before tasks are assigned to them.

The Russian Defence Minister, in an interview, also revealed that Ukraine has suffered significant losses, having lost 61,207 troops since the bloodshed began on February 24 while Moscow’s losses stood at 5,937 dead people.

“That is why they are in the fourth wave of mobilisation, almost 300,000 have been mobilised. And, as you can see, probably through different channels, information resources, this work continues in different directions, as they say: from the beach to the station, there is a capture,” said the Russian Army General.

Russia is also going full steam ahead to increase the production capacities of its defence industry enterprises and modernise them to counter the military equipment used in the course of hostilities with Ukraine.

In a meeting with the heads of defence industry enterprises on Tuesday, Putin discussed issues related to the supply of weapons, equipment and ammunition to the troops, primarily to the units and subunits that are participating in the ongoing ‘special military operation’ in Ukraine.

“I would also like to emphasise the fact that our equipment effectively resists Western models of weapons. To support the current regime in Kiev, as is known, virtually all stocks of NATO arsenals are thrown. This means that we must and can study the arsenals, what is there and what is being used against us, qualitatively increase our capabilities and, based on the experience gained, improve our equipment, our weapons, where necessary,” he told the gathering of country’s defence experts.

Even as the war continues, Putin revealed that the Russian defence industry has supplied foreign partners with military products worth more than six billion dollars in six months of the year.

The Russian President said that the country’s defence industry organisations need to ensure the delivery of the required weapons and equipment to the troops and means of destruction “as soon as possible” which, according to him, can only be done by increasing production capabilities in the shortest possible time, maximising the load on equipment, optimising technological cycles and, without compromising quality, reducing production time.

Jaishankar in Moscow, Kwatra in Washington amid speculation over Bharat’s peacemaking role in Ukraine