Russia and UAE defy West, decide to step up energy and people-to-people ties 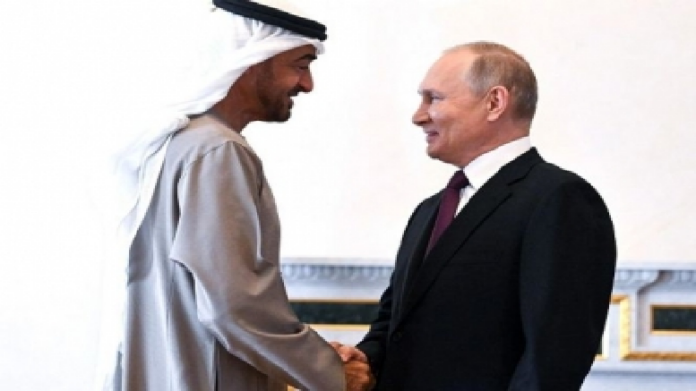 Russian President Vladimir Putin has said that Moscow is actively working within the framework of OPEC Plus and that its actions are not directed against anyone but aim at creating stability in the world energy markets.

Putin made the remarks in a meeting with the United Arab Emirates (UAE) President Sheikh Mohammed bin Zayed al-Nahyan at Saint Petersburg’s Konstantinovsky Palace on Tuesday.

The UAE leader’s visit to Russia comes less than a week after the big cut in oil production quotas announced by the Organization of the Petroleum Exporting Countries (OPEC) and its allies.

“I know your position, our actions, our decisions are not directed against anyone, we are not going to and do not do it in such a way as to create problems for anyone. Our actions are aimed at creating stability in the world energy markets, so that both consumers of energy resources and those involved in mining, suppliers to world markets feel calm, stable and confident,” said Putin.

Emphasising that the role and influence of the UAE on the situation in the region is “very high”, Putin mentioned that relations between Russia and the UAE remain an important factor in the territory’s stability and in the world as a whole.

“I also know about your concern about the Zaporizhzhya nuclear power plant and all the events that are taking place around it. I will tell you in detail about this. This afternoon I have a meeting here with IAEA Director General Rafael Grossi,” said the Russian President.

The UAE President stated that despite Covid-19 pandemic, the trade turnover between the two countries has risen from $2.5 to $5 billion dollars.

“We discussed several issues of mutual concern, including the Ukraine crisis, and the importance of engaging in dialogue to reduce tensions and arrive at a diplomatic solution,” he tweeted.

The Russians have been one of the biggest investors in Dubai real estate for a long time.

As the West tightened the screw on the Russian economy with financial sanctions post February 24 — the day Moscow launched its ‘special military operation’ in Ukraine this year — the oil-rich Gulf state became a huge favourite with many Russian oligarchs searching for a safe haven.

The Russian tourist flow in the UAE has also been increasing with half a million arrivals.

“We will also be celebrating the opening of the first Russian school in the (United Arab) Emirates this year. We have four thousand Russian companies. And all this strengthens the bridge that connects us, the bridge of cooperation. I hope that in the coming years we will be able to significantly increase all these indicators,” said the UAE President.