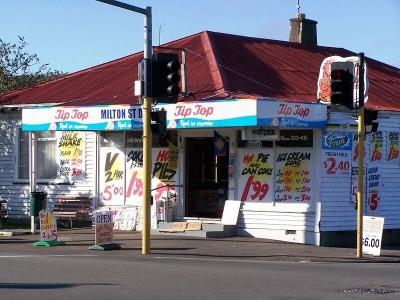 Amid growing incidents of crime and violence against dairy workers and owners in New Zealand, a Bharatiya-origin dairy owner’s shop was targeted by a group of burglars.

Ajit Patel, who owns a dairy on Melrose Road, Auckland, told 1News that five masked men with baseball bats came into his store for about 10 to 15 seconds.

The men tried to take the till but didn’t succeed, police said.

Patel’s shop was among six stores across Auckland and Waikato areas of the country that were targeted by a group of burglars early this week.

“Police are following lines of inquiry to locate the offenders and to determine whether the incidents are linked,” 1News quoted a spokesperson as saying.

The incident comes just days after four men entered Bharatiya-origin Puneet Singh’s dairy store in Hamilton and cut off two fingers of his employee with a machete.

Exactly a month before, Janak Patel, 34, was stabbed to death by robbers at Rose Cottage Superette in Sandringham, Auckland, where he worked.

Most of the dairy owners and workers in New Zealand, who are of Bhartiya-origin, say they fear going to work after Janak’s brutal killing.

Sunny Kaushal, who leads the Dairy and Business Owners Group in New Zealand, told NZ Herald earlier that many are angry and annoyed by “games this government is continuing to play and the lies they tell”, and “it’s time to stop”.