Pashtuns rally against Pakistan for perpetrating terrorism in Afghanistan 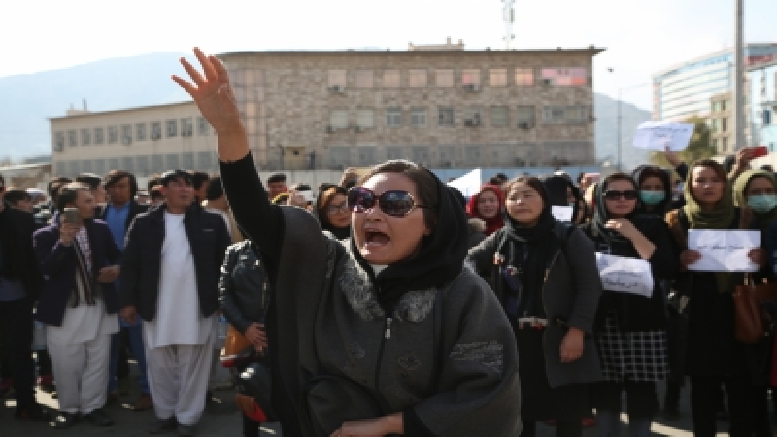 A war cry is resonating amongst the Pashtuns in Pakistan who held a massive gathering in Waziristan to protest against the proxy war in Afghanistan.

Civil rights activist and Pashtun leader in Pakistan of Pashtoon Tahafoz Movement (PTM), Manzoor Ahmad Pashteen had given the call for the huge protest which the Pakistan government was trying to prevent. The 28-year-old charismatic leader of PTM defends the rights of of Pakistan’s largest ethnic minority, the Pashtuns.

PTM leader Pashteen at the gathering in Waziristan on Tuesday called for peace and an end to “proxy war” in Afghanistan. “Let the Afghans decide their future by themselves and through talking and voting,” Pashteen said.

Apparently, there was no local media coverage in Pakistan because of a gag order as Pashteen has been slapped with sedition charges several times.

Mohsin Dawar, Member of Pakistan National Assembly said, “Thank you Makin for telling the players of the new Great Game that we will not allow our land to be used as a staging area for Afghanistan’s destruction. I hope the crowd today conveyed the costs associated with trying to sell our youth & land for profit”.

“Today we gathered in the thousands for #PashtunLongMarch2Makin to send a message to Taliban proxies and their war mongering masters that they will not succeed in taking over Kabul by force. We will resist their violence. The Afghan identity cannot be wiped away,” he added.

Pashtun supporters said PTM is a rare light in a dark tunnel. Manzoor Pashteen and Mohsin Dawar bravely spoke against the Pakistani state for perpetrating terrorism in Afghanistan. It is the moral responsibility of every Afghan to support PTM, a human rights group advocating for peace, they added.

“Where’s international media today? Why are they hiding the march of these peaceful people that wants peace and stability in the region from theocratic terrorist government of Taliban and Pakistan?” said another supporter.

“Pashtun in #Waziristan today gave their verdict: No more wars in Afghanistan and Pashtunland, Pakistan must stop its business on blood of Pashtun. Afghanistan is a democratic country and Pakistan will have to stop its interference,” the Pashtun supporters added.

Mohsin Dawar also pointed out that Nazar Mohammad, an Afghan comedian in Kandahar, was dragged from his home by Taliban terrorists and then killed in cold blood. “A man who brought smiles to many was killed brutally for being who he was. The world watches as Taliban continue with their atrocities against Afghans,” he added.

“Despite so many obstacles, the presence of many people in the successful #PTM gathering is a clear message to the state that we want peace on our land and we don’t allow those who destabilize Waziristan,” said the PTM supporters.

“PTM’s Makin gathering showed that the proxy war of Pakistan is almost over now. We believe in gathering. Pashtoons stand with Afghan people,” was the rallying cry at the protest.

Pashteen said Pakistan is still supporting the Taliban in Afghanistan and asked the Pakistani government to stop meddling in Afghans’ internal issues.

The PTM leader has previously been arrested several times by police in Pakistan accused of breaking rules and propagating against the Pakistani government the allegations Pashteen has denied.

“He has established himself as a thorn in the side of the powerful military, publicly accusing it of human rights abuses including kidnappings and forced disappearances, and of secretly allying with the Pakistani Taliban. The PTM has also drawn thousands of people on to the streets in protests against the military over the past two years,” The Guardian reported.