Pakistan’s double-dealing with the West, while forming new axis with Turkey & China 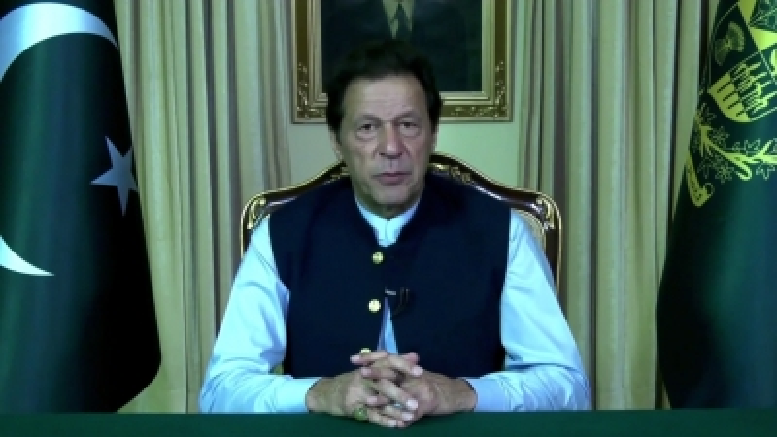 The Pakistani leadership is at ease cheating their own friends and mentors and oftentimes have used one against the other; each to the benefit of Islamabad. Moeed Yusuf will fulminate and claim ignorance, but one just needs to remember that the nation supported Osama bin Laden till his killing by US Navy Seals; embarrassingly in the Pakistani garrison town of Abbottabad a mile and half away from the Pakistani Military Academy, the equivalent of West Point.

Smarting over the slight, the Pakistan Army quietly handed over the stealthy Blackhawk helicopters to the Chinese engineers at the Sino-Pak joint production facility for JF-17 aircraft at Kamra. This stab in the back is quite an old tactic for the Pakistan Army. Those who follow the relationship would be aware that Pakistan charged the USA billions of US Dollars in coalition support funds, whilst concurrently supporting the Haqqani network and the Quetta Shura in the targeted killing of the US troops in Afghanistan.

There are many more instances of this kind, including the murder of the US diplomats in the raid on the the US Embassy in 1979, a tad more than 40 years ago on November 21, 1979. A similar situation is emerging now where the Pak establishment is utilising its equations with Chinese Communist Party and the Erdogan-led Turks, whilst snubbing the European Union in general and the French in particular.

So we have Pakistani pilots flying Turkish F-16s against the Greeks in order to fill the void in Turkish ranks caused by the purge launched by Erdogan post the coup attempt. Pakistani P3C Orion patrol aircraft, refurbished utilising Coalition Support Funds by the US in 2012-13, once again flying into Greek waters on patrol missions, in flagrant violation of sovereignty of the Greeks. So why do all this?

Imran Khan Niazi and Turkey’s Erdogan have been partnering to form a new radical Islamic axis, as opposed to the established Sunni order led by Saudi Arabia and the Shia order led by Iran. To this ideological support by Pakistan, Turkey has responded at the Financial Action Task Force plenary session, when Ankara was only one of 39 members to push hard for keeping Islamabad out of the global terror financing watchdog’s ‘grey list’, despite its patchy track record.

If this were not enough, the Pakistanis have also been allowing the Chinese access to the state-of-art French built Agosta-90B submarines. This was reported by HI Sutton in Forbes, based on satellite imagery of an Agosta-90B berthed between two Chinese Navy ships during their visit to Karachi in January 2020, and he states (sic) “This (berth of Agosta-90B) was not in the Pakistani Navy’s usual berths, but in a cordoned-off part of the commercial docks. The placement of the Pakistani Navy submarine cannot be viewed as coincidental”.

Chinese shipbuilders and supervisors are also getting to know and visit the Agosta submarines during their ongoing refits and modernisation at the KSEW shipyard, where they are setting up the production line for the Chinese Yuan boats, which would be assembled at Karachi. This trend of sharing sensitive Intellectual property and complex data is one of the major factors for the Chinese to support the Pakistani defence forces.

In addition to handing over of the stealthy Blackhawks to the Chinese as mentioned earlier, the former PM of Pakistan, Nawaz Sharif, is on record having stated that Pakistan had reverse engineered a US Tomahawk cruise missile, which landed in Baluchistan in 1990s, in all probability with Chinese assistance.

The Pakistanis were also trying to ensure that the Chinese get access to F-16 C/D Block 52 in 2012, when they tried basing the new airplanes in airbases where Chinese engineers could gain access to the technology. Unfortunately, this design was stopped by stringent US laws, including the end-use monitoring agreement (EUM).

While the US is quite au fait with the Pakistani tactic of selling high-end tech to the Chinese, the French have been surprised by the Chinese gaining sensitive information about Rafale fighter jets from the Pakistani Air Force pilots, who are flying the aircraft with the Qatari Air Force. The French have also been shocked by the stream of protests in Pakistan after French President Emmanuel Macron’s recent remarks on Islam.

President Macron had spoken out after an extremist beheaded a teacher near Paris for showing cartoons of the Islamic Prophet Mohammed during a class on free speech. Depiction of Islam’s Prophet is prohibited under Shari’ah. Whilst initial protests were sponsored by the establishment (equating to the Pak Army-ISI combine) and demanded the expulsion of the French Ambassador and banning of French goods, the protest has now gained traction at the grass-root level.

The Pakistani Parliament also passed a resolution recalling their Ambassador to France – only to realise that they had none! Fifteen thousand “anti-France protesters” sieged all entrances to the Pakistani capital city of Islamabad on November 16, while the government failed to contain their advances. Cell phone services were also suspended by the administration in an attempt to prevent the spread of the protests.

The Pakistani State has always supported draconian anti-blasphemy laws and has created monsters like the Tehreek-e-Labaik Pakistan (TLP), a religio-political group, which through patronage has transformed itself from a protest movement to a political party. A monster created for tactical political gains has now grown too big to be tamed and curtailed.

This led the Imran Government to sign a deal with the TLP on November 17, 2020 — when the government signed an agreement that it will officially endorse boycotting French products. How the French-origin Mirage III fighters, Agosta submarines, etc., would remain operational has not been clarified by the Imran Administration.

It is only in Pakistan that we see the ridiculous sight of the government of the day signing deals with terrorist organisations. The French must, therefore, be careful of their citizens in Pakistan as these protests have often led to the killing of innocents by State-sponsored radicalised groups in the “land of the pure”.

While the earlier mentioned raid on the US Embassy in Islamabad remains relevant, the French also know this fact quite well, having lost 11 engineers working on the Agosta-90B project, while 23 others were injured when a suicide bomber rammed his car into a bus outside the Karachi Sheraton Hotel. So, what portends for the future of the downtrodden masses of Pakistan? Poverty, ignominy, dishonour, all most certainly.

But what should concern discerning Western leaders should be a sell-out of Western technology to the so called higher than Himalayas…. true friends… in the Chinese Communist Party. This, even as, the Colonisation of the Pakistan Economy by China (CPEC) continues to build a debt-trap in Pakistan of colossal proportions. But here again history repeats itself — in the 1970s, then Prime Minister Zulfikar Ali Bhutto, had famously declared that, “We will eat grass, even go hungry, but we will have our own,” while referring to the attainment of nuclear weapons.

Half a century later, Pakistanis still prefer to go hungry and fall deeper into debt and political turmoil, while chasing the chimera of strategic equality with Bharat.

(The writer is an author and columnist, and can be reached at Twitter: @BinayBhara. Views expressed are personal)

(The story has been published via a syndicated feed with modified headline and minor edits to conform to HinduPost style guide.)