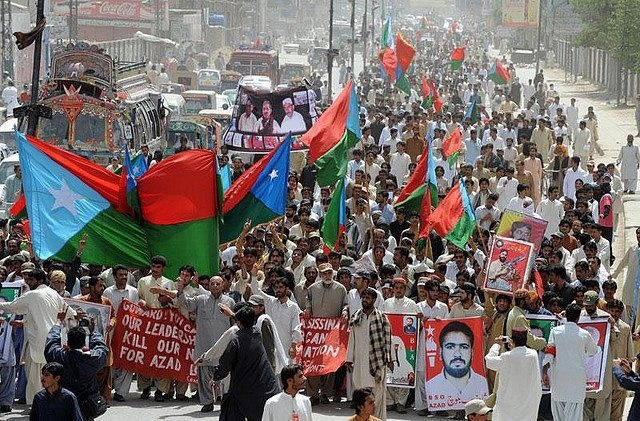 Baloch separatist group, the Baloch National Movement (BNM) has appealed to the UN to send a fact-finding mission to Balochistan and investigate the large-scale human rights violations taking place in Pakistan’s south-western province.

The Baloch community in Pakistan claims that it is being exploited by the Pakistani establishment for over seven decades due to the presence of its rich mineral resources. The Baloch also say that the development indicators in the province are the lowest in education, health, livelihood opportunities and other social amenities.

The BNM chairman said: “We would like to draw your attention to the worsening human rights violations in Balochistan by Pakistan. Enforced disappearances and extrajudicial killings have been a daily practice there for many years. However, there has been a record surge in these cases in the recent months.”

Referring to the Ziarat incident in which the Pakistani military was alleged to have killed people in custody, Baloch said: “In Ziarat area of Balochistan counter terrorism department (CTD) killed 11 persons in a fake encounter, later, 6 of them were identified as missing persons.”

He added that the killings and kidnappings continue in other parts of Pakistan as well. “In Lahore, more than 100 dead bodies were found, are yet to be confirmed. However, it is believed that they were from the missing persons.”

He also highlighted the trend of Pakistani security forces and spy agencies harassing Baloch women and students. In his address to the UN, Baloch said: “There are verified reports of abduction of women and children by security agencies and their death squads. As Balochistan is a no-go area for media and human rights organisations, nothing is being reported about the worsening situation.”

Urging the UN to send a fact-finding mission to Balochistan, he said that Pakistan has no respect for international laws and human rights obligations.

“It’s actions in Balochistan require immediate attention. Perpetrators must face justice. We call for sending a UN fact-finding mission to Balochistan to ascertain the magnitude of human rights violations.”

The Baloch have extended their nationalist campaign against China as well, who they see as an exploiter of their mineral resources. The alienated community has undertaken disruptive actions against the China Pakistan Economic Corridor (CPEC) which seeks to link China to the Arabian sea as well as claims to bring development to Pakistan.