Interview: It is a matter of time when the world takes note of Pakistani genocide in Balochistan – Dr Naseem Baloch in Geneva 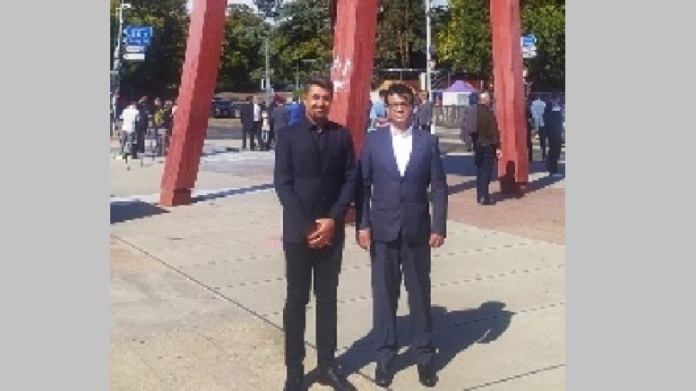 Geneva, other than being a beautiful city, is the mecca of human rights activists. The UN holds three sessions of the United Nations Human Rights Council (UNHRC) namely in March-April, June-July and September-October of every year. Council listens to and investigates human rights issues from around the world.

The Baloch people have been presenting their case in the UN against Pakistan, who, they say has colonised them, by establishing a well-oiled exploitative system, targeting the region’s vast resources. After many phone calls and coordination, I reached Geneva where Mr Hatim Baloch, who is the coordinator for the Baloch National Movement (BNM) Switzerland and France Chapter, greeted me and escorted me to meet Dr Naseem Baloch, Chairman of BNM. While we shared greetings in front of the UN building, Pashtun Tahafuz Movement (PTM) was protesting against Pakistani atrocities against Pashtuns.

Dr Naseem took the Chairmanship of BNM in April this year and is himself a torture victim at the hands of the Pakistan Army. Over lunch he spoke about his submission to the UN, Baloch genocide by Pakistan and measures taken by Baloch groups to ally together.

Excerpts from the Interview:

IN: Briefly tell us about the pointers of your speech which you have submitted at the UN?

DNB: Our organization and friends have been working hard for a long time to get access to the UN and the world powers and for this various associations are working in this direction. Since we have access to the UN and other similar organizations, we can highlight Balochistan and human rights abuses by Pakistan. Currently, the 51st session of UNHRC is going on in Geneva. Countries get 2.5 minutes and Non-State observers like us get 1.5 minutes to speak on our issues.

In this session, we highlighted human rights abuses on Baloch people by Pakistan for the year 2022 — enforced disappearances have been the main contention for Baloch people for decades now and still happening. Other than that, we have also highlighted about Ziarat Massacre in which 11 missing persons were killed in a fake encounter by security forces and the Pakistan Army’s brutality on peaceful protesters and targeting of women and children for exercising their fundamental rights.

IN: Why do you think the world continues to ignore Pakistani atrocities in Balochistan?

DNB: World powers have their interests and their state apparatus and NGOs revolve around their interests. This holds true for international organisations as well considering they are all interconnected and are busy serving themselves. But we are not disappointed because the fact is Pakistan is committing genocide towards Baloch people and one day world will be reluctant to talk and take action against this grave injustice.

The world has been a witness to similar genocide in the past and whenever things reach their peak then world powers and the UN become helpless and take notice of the same, our hope continues to rest with the world as Pakistan is an Aggressor state and no way can we expect anything from the latter. Things are changing very fast and ugly in Balochistan and our work is to highlight all wrongdoings about Pakistan so that one day the world has to take note of it.

IN: Several Baloch groups are functioning in the UN and across the world, don’t you think a combined effort will bring out a more meaningful and sustainable result?

DNB: We believe that all those Baloch organisations that are fighting for the independence of Balochistan should be in communication and coordination with each other. Not just that but I believe that there are several common points where we have an understanding with other groups and we can work together in those areas.

And in line with this, I have written to the Baloch Republican Party (BRP) which is under the leadership of Brahmdagh Bugti and received some positive messages from their side. I have also written to the Free Balochistan Movement (FBM) which is under the leadership of Mr Hybyair Marri and I am in communication with them. We hope that all of us can work together towards the independence of Balochistan.

Marches, vigils in Ireland in memory of Savita Halappanavar