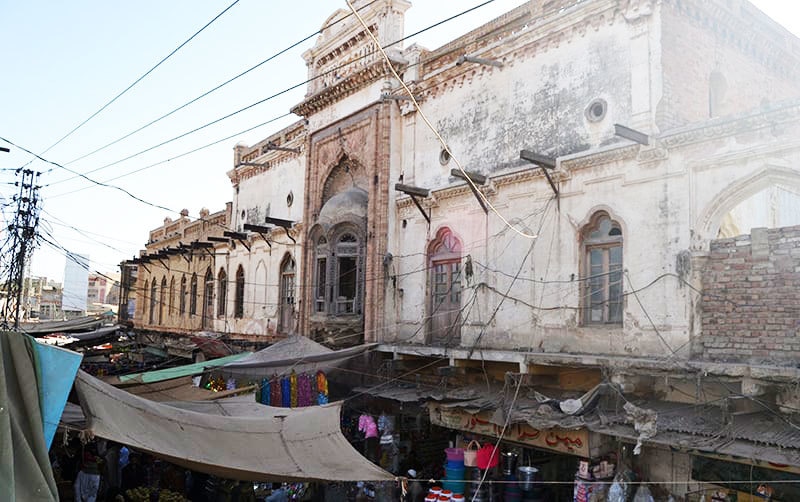 Pakistan Hindu Council (PHC) has come to the rescue of a Gurudwara in Mirpur Khas, Sindh and is helping to  release it from the clutches of a powerful land mafia, leading Pakistani daily Dawn has reported.

Representing PHC,  Roop Mala Singh in her petition told the Sindh High Court that a historical gurdwara, situated at M.A. Jinnah Road, was illegally leased out to Nizamuddin for 30 years by officials of the Evacuee Trust Property Board (ETPB) and others.

She further submitted that the gurdwara was not only a sacred religious place for pilgrims but also a historical architectural monument of its times, which had never been a property of the official respondents since no effective measures had been taken for protection and preservation of the building.

The petitioner said that the official respondents handed over the physical possession of the gurdwara to the private respondent for commercial purposes, in violation of Article 20 of the Pakistani Constitution.
She asked the court to declare the lease illegal, bar the respondents from demolishing the gurdwara and issue directives for its preservation and protection.

After the hearing, a two-judge bench headed by Justice Syed Hasan Azhar Rizvi issued notices to the respondents as well as to the federal and provincial law officers to file comments by Sept 18. The encroachment of old Hindu temples and Sikh Gurdwaras under various pretences is a common affair in Pakistan. The involvement of the Chief Minister’s brother-in-law proves how well organised the land jihad mafia are in Sindh, and how the minority Hindu & Sikh community have to face extreme pressure in preserving their culture, heritage and faith. Just two days back a prominent Sikh rights activist Charnjit Singh was shot dead in his Peshawar shop by unknown attackers.

The Government of Barat must raise this issue of systemic persecution of minorities in Pakistan at appropriate bilateral & international forums to preserve our legacy.