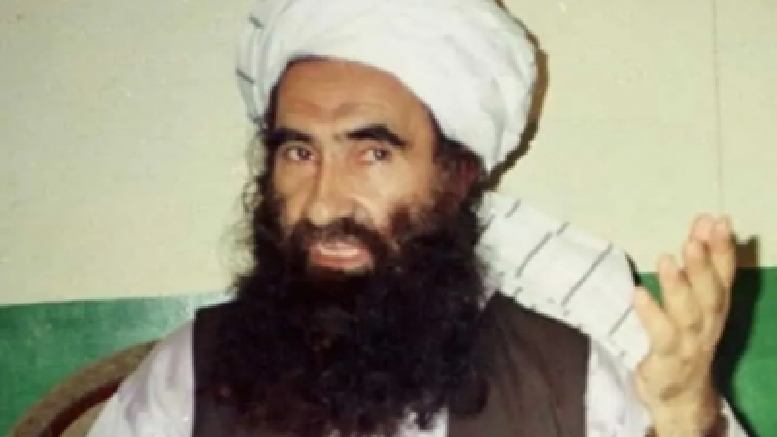 Sirajuddin Haqqani, the Talibans deputy leader is now the interior minister of the country which was forcibly captured by the Taliban. He runs the Haqqani network (HQN), a global designated terrorist organization. There is still a bounty of $10 million on his head. Thanks to the intervention of Faiz Hameed, chief of Pakistan’s notorious spy agency Inter-Services Intelligence (ISI, the HQN has the lion’s share in the Talibans cabinet.

There are at least six ministers in the newly formed Taliban government who are directly associated with the most dreaded UN designated terror organisation in Afghanistan. As an interior minister of the country, Sirajuddin Haqqani, the head of the HQN, will be running Afghanistan’s intelligence agency.

He will be appointing all governors and police chiefs of 34 provinces. His uncle, Khalil-ur-Haqqani, a ruthless terrorist who is also the security chief of Kabul, is the Minister of Refugees. Two other kinsmen, Abdul baqi Haqqani and Najibullah Haqqani are the Minister of higher Education and Minister of Communication respectively.

Sirajuddin’s close confidant and a UN sanctioned terrorist, Abdul Haq Waseeq is appointed as the chief of Intelligence of the country. Another trusted lieutenant and expert in suicide bombing Mullah Taj Mir Jawad is now appointed his first deputy of the Interior minister. Waseeq and Jawad both are “favourites” of the ISI and they are believed to be involved in the attacks on the Bharatiya missions in Afghanistan on the behest of the ISI.

Molvi Abdul Salam Hanafi, an ethnic Uzbek, the new second deputy of the Prime Minister Mullah Muhammad Hassan Akhund, is a graduated from Haqqania Madrassa, Pakistan which is known as the university of Jihad. Darul Uloom Haqqania seminary, which is based in Akora Khattak in Pakistan, The Haqqani network is named after the madrassa where its leader once taught and subsequent leaders studied. The Haqqania madrassa is the most important and influential hardline Sunni clerical network and it serves as a “terrorist factory” where students received combat training, bomb making, guerrilla warfare .

According to the FBI’s Rewards for Justice Program, the “United States Department of State is offering a reward of up to $10 million for information leading directly to the arrest of Sirajuddin Haqqani.” The US says that “Haqqani is thought to stay in Pakistan, specifically the Miram Shah, North Waziristan, Pakistan, area. He is the head of the Haqqani network, and maintains close ties to the Taliban and al Qaeda. Haqqani is a specially designated global terrorist.”

Sirajuddin Haqqani’s father and founder Jalaluddin Haqqani was the first Pakistani recruited Jihadi who first took arms again the Afghan state way back in 1973 and the relations has continued. The Haqqani network, which has the backing of elements within the Pakistani security establishment, is now one of Afghanistan’s most experienced and sophisticated insurgent organizations.

The HQN still maintains a safe haven in North Waziristan, Pakistan, across Afghanistan’s southeastern border. The Pakistani Army has consistently refused to launch a military operation in North Waziristan despite the presence of al-Qaeda senior leadership.

The Pakistani army and ISI t continue to view the HQN as a useful ally and proxy force to represent their interests in Afghanistan.

To this end, Haqqani forces have repeatedly targeted Bharatiya infrastructure and construction projects in Afghanistan.

Thanks to the ISI ,the Haqqani Network, which now gets the lion’s share of political power in Afghanistan under Taliban, remains Pakistan’s most loyal proxy and an al-Qaeda affiliate. According to Pakistani media, ISI chief Faiz Hameed was personally handling the Taliban’s government formation in Kabul and he made sure that as a patron, Haqqanis get a strong and strategic place in the government.