Opioid addiction in the US and the Bharatiya American community 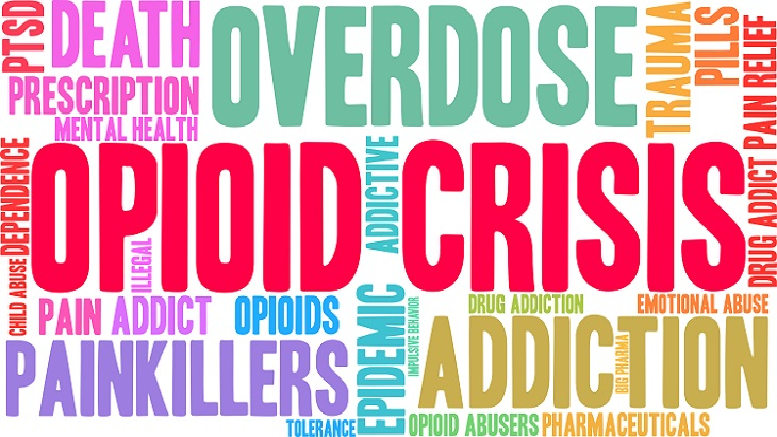 On 5th July 2020, Ikonkar Manmohan Singh Sandhu, a young 23 year old boy, died from an opioid overdose in Michigan just months before he was to be married. He is by no means an isolated case in the Bharatiya American community.

A small group of doctors are sounding the alarm on the nation’s opioid crisis. Dr. Arun Gupta is one of those who is urging health authorities to wake up to this catastrophe, which is ripping through communities with scant regard for race, gender, educational level or financial standing.

To be fair, before COVID-19 ravaged the country, the growing opioid addiction was giving the nation’s health officials sleepless nights. The pandemic put this issue on the back burner and while more Americans are dying from the virus, it can be just as deadly if left unchecked.

Opioid overdoses have killed more than 70,000 young people annually between the ages of 18-54 for the past five years. In 2011, the CDC reported that overdose deaths superseded auto accident deaths for the first time in 32 states This is now virtually true for all 50 states.

The organization also reported that more than 700,000 young Americans have died between 1999- 2017 from poly drug overdose. That number is expected to be as high as one million by the end of 2020.

The report further states that, “preventable disease & retroactive analysis show that most of these deaths were unintentional.”  Isolation, stress and the depression, that came in the wake of the pandemic is shooting cases through the roof. “Parents are burying their children and children are burying their parents,” says Dr. Gupta.

Dr. Gupta is quick to rid you of the rosy view that Indo-American families have been unaffected by this affliction. It is a growing trend in the community, he says, largely due to parents’ unrealistic expectations for their children or the ABCD generation that faces conflicting cultures.

What worsens it, is that many are either in denial or wary of seeking professional help for fear of being stigmatized or shunned. These are lives that could have easily been saved, he laments, much like the case of a distant relative who died because the family hesitated to reach out for help or were unaware of the problem.

A physician for 34 years, of which 14 are as a doctor of addiction management, Dr. Gupta has seen enough to be worried. He has been charting the surge in cases throughout the nation for the past decade and is seeing it played out at his doorstep – the rural region of Monroe, Michigan where he runs his private practice.

For 11 years, Dr. Gupta was the local prison doctor where he saw the interplay of drugs and death up close and the ineffectiveness of the administration’s efforts to curb it. This pushed him to change tracks from being a general physician to addiction management.

Rural communities, he observes, are more prone to opioid addiction than urban areas where the population is better educated and have higher paying jobs. The problem is compounded when there is family instability, lack of education, poverty,  physical, mental and sexual abuse in childhood, mental illness or addiction both in the family and the patient.

So why are addictive opioids prescribed in the first place and how do they hook us?

Statistically, 40% of the country’s population is in chronic pain and many require pain medication to carry out their daily activities or even go in to work.

Addiction starts innocuously enough with a prescription for a painkiller to treat post-surgery or chronic pain as in instances of back pain. Consuming these painkillers diminishes the pain but also brings on a euphoric feeling as it raises dopamine – the brain’s pleasure hormone. Celebrities like Michael Jackson were known to use them before a performance, a term referred to as, “spotlight euphoria.”

Additionally, it changes the perception of reality for those dealing with psychological issues such as an inferiority complex or anxiety,  these people now start “liking themselves and feeling good.” This altered reality quickly spirals into an emotional and social need followed by dependence and cravings for the painkiller.

The signs of addiction are evident in drastic mood changes, lethargy or impaired decision-making, among others. Discontinuing the painkillers could lead to a host of withdrawal symptoms such as chills, tremors, body aches, bone pain, vomiting, diarrhea or irregular respiration. However, Dr. Gupta clarifies that not everyone gets addicted to painkillers and the risk of  addiction is only about 10%.

Soon, Oxycodone grew so popular that it began to have, “street value.” When prescriptions ran out, users turned to the streets where it could be obtained illegally. Hustlers began faking health issues to procure and sell these painkillers giving rise to the term “pill-mill.” The cost of one milligram of Oxycontin is one dollar so someone using 1000mg was spending $1000 a day.

While insurance took care of legitimate prescriptions, those who were addicted were shelling out their own money. This, of course, was done in connivance with “some doctors who played the game.” Dr. Gupta estimates that about 1000 doctors have been apprehended so far for violating this practice and have “tarnished the image of doctors.”

There is an obvious connection between mental disorders and addictive disorders and its consequences can sometimes be life threatening. Doctors, however, are required by law to treat pain with painkillers even if there is a sense/awareness that this medication could become addictive to the patient.

On the other hand, if doctors practice caution in prescribing pain medication, they risk a bad review on their practice, something every doctor understandably wants to avoid.

In 1999, the Center for Disease Control went on record for the first time and shared its report of 4000 young Americans who died from drugs. The government scrutinized the problem and rolled out the Drug Addiction Treatment Act of 2000. For the first time, this law allowed practicing doctors to learn and treat addiction with an FDA approved drug.

The law also stipulated that any practicing doctor could complete an addiction program and receive a X DEA license which would allow them to treat 30 patients per month for a year. If the doctor’s records are found in order, they could treat 100 patients per month.

Past President Barack Obama signed a law that would allow some doctors with specific credentials to treat 275 patients a month. This number was controlled to prevent its misuse but sometimes the best-intentioned laws have unintended consequences.

Only 4300 doctors in the US can treat 275 patients a month and Dr. Gupta is one of them. It’s a drop in the ocean for the estimated 20-40 million people who need help overcoming their addiction.

There are more than 100,000 healthcare providers in the country that include doctors, nurses and physician assistants who have the necessary X- DEA credentials  to treat opioid use disorders. But less than 20,000 are actively involved in dealing with the growing opioid epidemic in the country. This lack of access to a healthcare provider aggravates the problem leading to more deaths than recoveries.

Meanwhile, the pandemic has not made things easier. There is excessive stress and limited counselling due to the shutdowns and prescriptions cannot be given on the phone without the necessary drug testing. This explains the rise in overdose deaths and addiction cases in the past nine months.

Apart from flawed policy, the American Society of Addiction states that every doctor who graduates from medical school is required to study addiction management. There are 179 medical schools and approximately 9000 residency programs in the country and not one of them teaches this course.

Moreover, addiction management is not considered on par with other areas of medical specialization and neither do insurance companies view addiction like other chronic diseases such as blood pressure or diabetes.

In 2002, a drug Buprenorphine was approved for addiction treatment and ten years later another drug Zubsolv made it to treatment plans. These drugs block the opioid receptors in the brain and reduce a person’s craving for the painkiller. Another ingredient in the drug, naloxone, reverses the effects of opioids. Together, they prevent withdrawal symptoms and deter the abuser from snorting or injecting it.

Dr. Gupta pairs medication with counselling, and non-addictive medication in cases of insomnia or anxiety. Recovery takes anywhere from six weeks to six months depending on the severity of the addiction, but the struggle to remain clean continues for the rest of their lives.

With death rates from opioid misuse surging, more than 500 laws were enacted in the last 10 years against doctors, pill mills and pharmaceutical companies to curb the problem but this has only exacerbated the issue. Addicts are now forced to go to the streets instead of visiting a doctor for treatment.

Dr. Gupta notes that national autopsy results over the last 5 years consistently show that fentanyl, heroin and cocaine are the first three drugs in more than 55% of the people with drug overdose deaths as opposed to prescription medication.

Over the past few years, Dr. Gupta has presented more than 150 talks to schools, doctors, healthcare systems and social organizations like Rotary clubs and the Kiwanis Club to highlight the gravity of the problem and his message that addiction can be cured. He is talking to elected officials to leverage their influence and galvanize the government to rethink the limit of patients and allow greater access to people who want to overcome their addiction.

Addiction, he warns, has become synonymous with a death sentence in this country.