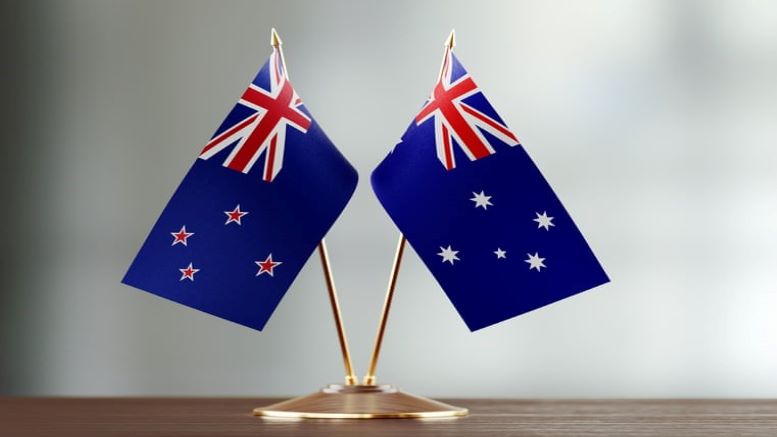 Australia deported a 15-year-old boy under its visa cancellation policy which has led to a backlash from New Zealand which held that the deportation of the minor amounted to a ‘breach of human rights’. Pressure is mounting within New Zealand for the government to condemn Australia as a “rogue nation”.

A report by The Guardian says:

The teenager was sent to New Zealand under the controversial policy by which the Australian government has been deporting non-citizens determined to have a “substantial criminal record” under a character test within the Australian Migration Act.

Australia’s home affairs minister, Peter Dutton, who last week described the transfer of deportees as “taking the trash out” in order to “make Australia a safer place”, told parliament on Tuesday he was “proud of this government for the way in which we have kicked these people out of our country”.

Without detailing any specific cases, including the minor’s deportation, Dutton said the government had a policy of “cancelling visas of dangerous criminals, of people that have committed serious offences against Australian citizens”.

..The home affairs minister said the Australian government had been “able to cancel 309 visas for rape and other sexual offences” during Scott Morrison and Dutton’s time in the immigration portfolio. He said there were just 43 similar cancellations in the previous six-year period. More broadly, Dutton said Australia had “cancelled now the visas of 6,300 non-citizen criminals”

“So we make no apology for having ramped up that program and done it in a dramatic way,” Dutton said. “I am proud of this government for the way in which we have kicked these people out of our country. They will not offend again against Australian women and children,” he said.

…But the deportation of the 15-year-old – which Ardern was made aware of by media on Monday – has inflamed tensions and increased pressure on the NZ prime minister to take a stronger stance against Australia.

On Radio New Zealand’s Morning Report program on Tuesday, the Greens foreign affairs spokesperson, Golriz Ghahraman, said Australia was behaving like an “outlier” and needed to be treated as one.

“They need to know they are now damaging their relationship with us, that being a traditional ally and trading partner doesn’t mean that we will continue to be an ally and partner to them as they treat us with absolute disdain in this way.

”The deportation was against the “rule of law and a commitment to human rights” and should be taken to the United Nations,” said Ghahraman.

“It is time for all what we call like-minded nations to recognise that Australia is actually behaving like a rogue nation, as we call countries who very consistently flout human rights laws, and raise this in our international forums, have our allies join together with us to condemn this and put pressure on Australia to start behaving like a good global citizen.”

The opposition National party’s foreign affairs spokesperson, Gerry Brownlee, said that, without knowing the boy’s circumstances, at face value the deportation was “pretty appalling”. The party’s leader, Judith Collins, said it was “pretty bad”. Collins last week suggested that New Zealand’s government should reciprocate with a deportation policy of its own.”

Australian immigration detention facilities, many of which are on offshore islands, have in the past been condemned on human rights grounds and even likened to concentration camps by some critics.

In the present case, both Australia and New Zealand have taken tough stances as per their perceived national interest. However, when Bharat passed a humanitarian law like CAA to expedite citizenship of religiously persecuted refugees from its Muslim-majority neighbors, parliamentarians and activists in many Western nations jumped to condemn us for ‘excluding’ Muslims. When Bharat mulls carrying out a citizenship registration drive (NRC) to identify illegal immigrants, some in the West start wagging their fingers at us.

It appears the West, especially the America-led English-speaking bloc, feels entitled to a sort of exceptionalism under which it gets to define the international rules-based order but also has a free pass to bypass that order when it so wishes.

Being surrounded by hostile nations and having a duty to offer refuge to Hindus and other Dharmics facing severe persecution in its neighborhood, Bharat is in a much more vulnerable position and yet, the West seems to think of immigration control and national interest as its sole preserve. We need to pay attention to what the West does, not what it says. The only compass which should guide us is Dharma and our civilizational ethos.