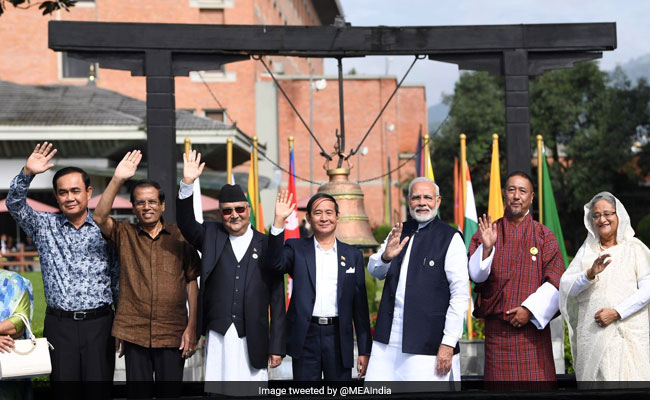 Since assuming the office of Prime Minister of Bharat, Narendra Damodar Das Modi recently visited Nepal for the fourth time, which has created history as none of the PMs before him made as many visits. Here in this article, his last two visits have been taken under consideration. Firstly, his visit to Janakpurdham and Muktinath, the two prominent religious avenues of Nepal. Second, his latest visit, where he represented Bharat in the Bay of Bengal Initiative for Multi-Sectoral Technical and Economic Cooperation (BIMSTEC) summit.

In both his visits, the way PM Modi delivered his speeches and declared packages, Nepal can be benefited to the optimum level provided Nepalese leaders show the requisite willpower. It is worth talking about the significant positive changes seen in Nepal after the visit of Modi to Janakpurdham and Muktinath.

PM Modi announced Rs. 1 billion aid for Janakpur’s development and started his speech in Maithili language with a few touchy quotes, “without Nepal, Bharat’s faith, belief and history are incomplete. Our ‘Dhaam’ is incomplete and Ram is also incomplete”. Well, this is the reality as well. However, more than the financial aid, the visit of Modi to Janakpur is impacting a lot and it will endure in long term as well. Because after his visit the number of Bharatiya tourists, basically number of Hindu pilgrims, has increased and it has promoted religious tourism through which Nepal is benefiting.

But due to lack of connectivity, it seems a bit challenging to expedite this tourism. Keeping this challenge in mind, Nepal-Bharat started bus services from Janakpur to Patna (Bihar) and Kathmandu too. In the long term, a Ramayan Circuit would improve the connectivity tremendously. The BIMSTEC declaration of constructing a Buddha Circuit would also benefit entire South and South East Asia.

From January this year till the end of April, 8556 Bharatiya tourists have arrived in Muktinath. The number is more than half of the total number of visitors to Muktinath during this period. In the last five months, 16,984 foreign tourists have visited the temple.

According to Jomshom based information center of the Annapurna Conservation Area Project (ACAP), 9,105 foreigners visited Muktinath in April alone among which Bharatiya tourists were counted at 4537. ACAP’s data shows that the number of Bharatiya tourists visiting Muktinath temple has been increasing every year. Most importantly, Nepal’s PM KP Sharma Oli has also appreciated these facts in public while inaugurating Nepal-Bharat friendship Dharmsala jointly with Narendra Modi in Kathmandu.

But the question arises whether Nepal would be able to continue this or not? Because there is a general perception about the key leaders of Nepal Communist Party (NCP) and Nepali Congress (NC) that a feeling of pseudo-nationalism, mainly based on being anti-Bharatiya, afflicts them.

The term pseudo-nationalism is worth using here because it has recurred after the completion of BIMSTEC summit which Nepal hosted from 30-31 August of this year.

Earlier, it was said that Nepal would participate in the six-day joint military drill focusing on counter-terrorism which took place in Pune, Bharat from September 10. The issue of terrorism in South Asia, South East Asia and the entire globe is a major challenge today, so states associated with BIMSTEC must be united to counter it.

United by this spirit, the issue of terrorism was heavily debated during the two-day summit and all the states had registered their promise to have a joint military exercise. But at the eleventh hour Nepal stepped back from it. In fact, it is not mandatory for the states constituting BIMSTEC to follow the decisions passed in the summit.

This opaque move of Nepal Communist Party (NCP) compels ordinary people to rethink the definition of nationalism in Nepal! Doing joint military drill with Bharat is not possible, whereas it’s possible with China? What kind of equilibristic diplomacy is this? Or does Nepal believe in irritating its neighbors time and again?

Similarly, Nepal and China inked a trade and transit protocol two years after signing the transit and transportation agreement. Nepal and China have agreed on text of the protocol that will allow Nepali traders and businessmen to use Chinese sea and land ports for third countries.

It is ‘assumed’ that after signing this agreement, Nepal’s long dependence on Bharat for third country trading access has ended. Well, first Nepal needs to upgrade its infrastructure for which huge mountains need to be dynamited which will take long costs and time. Still, if the routes get upgraded and trade and transit get incepted, it is for sure that the cost of any commodity that Nepal imports from Chinese ports from third countries, will be three/four times more expensive than the cost if same commodity is  imported from Bharatiya ports. Could Nepali nationals afford such expensive goods?

It is good to have alternative transit and trade route. However, it must be meaningful and pro-people. Or, if the KP Oli led NCP government merely wants to play the Chinese card with Bharat, then it will be perceived again that Nepalese leaders are in hangover of pseudo-nationalism which can never benefit Nepalese citizens.

Last but not the least, Nepal needs to be careful with its development thinking and handle the geopolitical scenario with care. Pondering meaningfully while dealing with Bharat would be good. Most importantly, Nepal can benefit hugely from BIMSTEC if it can lure Hindu and Buddhist tourists. And to counter terrorism, Nepal must keep one step ahead and partner effectively with all neighbours.