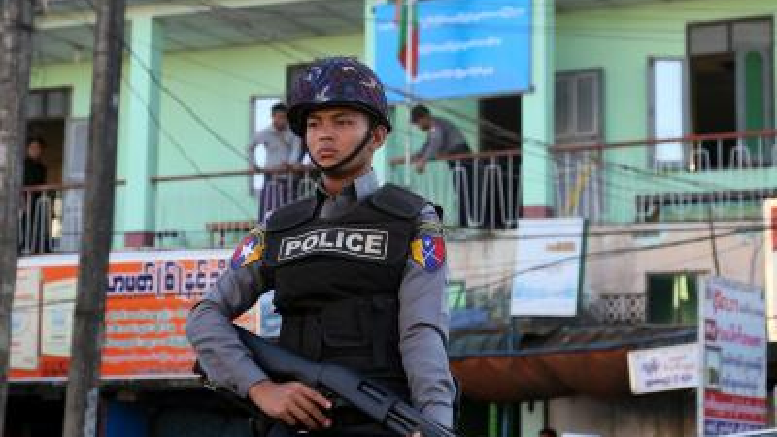 Some Myanmar police personnel and civilians have crossed over into Bharat and are seeking refuge in Mizoram, officials and villagers along the borders said on Thursday.

The police and border guarding forces are neither denying nor accepting the fact that police personnel and civilians from military coup-hit Myanmar have entered into Mizoram.

Serchhip district Deputy Commissioner Kumar Abhishek told the media that he cannot confirm “at the moment whether or not they are policemen or civilians”.

“Three people crossed over on Wednesday and some more came on Thursday. They have been put up at a community hall in Lungkawlh village after the mandatory Covid-19 tests. The entire matter is under investigation and has been communicated to the higher authority,” the Deputy Commissioner said, refusing to disclose the number of intruders.

He said the district administrations have provided food and shelter to the people. Champhai district Deputy Commissioner Maria C.T. Zuali said that some people crossed over into her district on Thursday afternoon.

Mizoram Home Department officials were not available on phone to confirm the development.

“You better talk to the home department officials in Aizawl. We are not in a position to disclose the facts on the sensitive matter,” several district officials told IANS over phone, indicating that some people did enter the Bharatiya side from across the border.

Villagers of the border areas of Champhai and Serchhip districts in eastern Mizoram told the media that at least 20 people comprising unarmed police personnel and civilians from Myanmar crossed over to the mountainous state since March 3.

According to the villagers, all the intruders belong to the Chin ethnic group, to which the Mizo community of Mizoram belongs.

The MZP also expressed solidarity with Mynamar’s Mizo communities, which too have faced the brunt of the coup.

Senior MZP leader Ricky Lalbiakmawia told IANS that they would seek the intervention of the United Nations and Prime Minister Narendra Modi over the military coup in Myanmar and urge them to provide help to the Mizo community in the neighbouring country.

A one-year state of emergency was declared in Myanmar and state power was transferred to Sen-Gen Min Aung Hlaing after President U Win Myint and State Counsellor Aung San Suu Kyi were detained by the military on February 1.