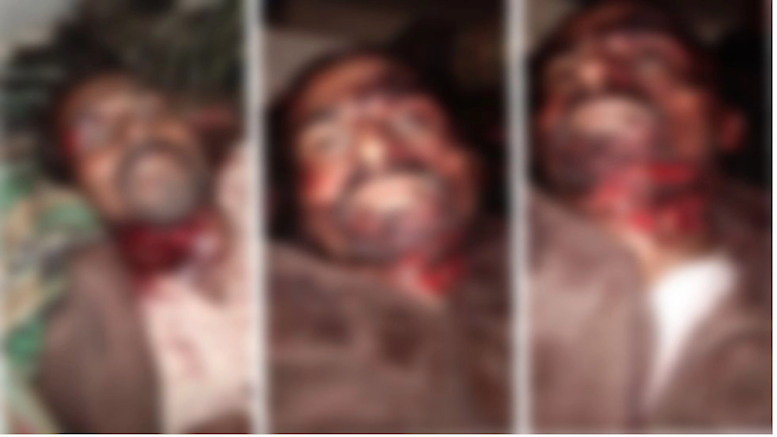 This is the kind of story that never gets told in English-language Bharatiya mainstream media. The same media that is working overtime to make the destruction, anti-Hindu sloganeering, and anti-national actions of “peaceful” demonstrators look cool and justified. That media could care less about the lives of two poor Hindus who wanted to immigrate to the safety of Bharat from the hell-hole of persecution of Hindus called Pakistan.

This is the story told to us by the cousin of these two Hindus. His name is Lakshman, and he lives in the Pakistani Hindu colony (or slum would be more appropriate) of Adarsh Nagar. His two cousins, Gyanchand and Premchand, were on their way to Bharat from Pakistan. Perhaps they were finally happy that in Bharat after the passing of CAA (Citizenship Amendment Act), they would be able to live a life of dignity. They would finally be able to escape the daily persecution of Islamic Pakistan. They would be able to join the rest of their family in Delhi. Or so they thought.

As per information from ground source, while planning to make their way out of Pakistan, the brothers were cornered by some Muslims who wanted to know what was going on (my guess from what ensued is that the plan to slaughter these Hindus was already made). An argument ensued when the Jihadis argued that these Hindus would “bad-mouth” Pakistan when they reach Bharat. Heavily outnumbered, the two brothers were chased into a forested area nearby where they were finally cornered. They were slaughtered like goats on Bakr-eid: their throats were slit and bodies left to rot.

The bodies were recovered by the poor Hindu families of the area, who are totally devastated. Hindus can neither live in Pakistan, nor leave Pakistan, it seems. Their only escape is death at the hands of the Jihadis. And it is these poor desperate people that the anti-CAA protestors in Bharat, including elite ‘liberal Hindus’, want to deny even the glimmer of hope that emigrating to Bharat offers them.

Swarajya has also spoken to Lakshman and covered this heart-breaking story. Sudarshan News spoke to the relatives of the two murdered brothers who are living in the Hindu refugee camp at Adarsh Nagar, New Delhi:

This is what the lady in the video clip above says – “Why do they want to stop them? All our brothers, sisters, children live in fear…we don’t like it, we don’t like it here in our Hindustan too (thinking about those left behind). We want to live, we don’t want to die. We all live in fear, that’s why nothing feels good.”

Surprisingly, even the few rare voices within Pakistan who reported atrocities against Hindus have stayed silent on this gruesome murder. This indicates that the deep state of Pakistan is now desperately trying to suppress all news of Hindu persecution within its borders, as Bharat has finally, albeit belatedly, acknowledged the horrific state of Hindus living in Pakistan by passing the CAA, and the rest of the world is also taking note.