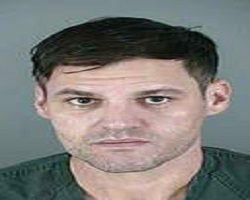 A federal grand jury in USA has returned an eight-count indictment against a missionary worker from Coos Bay, Oregon who is accused of molesting six underage boys while in Cambodia between 2005 and 2013.

Daniel Stephen Johnson, 39, pleaded not guilty to the charges during an arraignment hearing Monday in U.S. District Court in Eugene. Johnson appeared via telephone from a federal prison in Sheridan, where he’s being held while his case is pending. One of the charges listed in the indictment, aggravated sexual assault, carries a minimum prison sentence of 30 years upon conviction.

Johnson was arrested in the case in December 2014, after authorities in Cambodia handed him over to a team of FBI agents who brought him to Oregon. At the time, Johnson had just completed a one-year prison sentence in Cambodia for sexually abusing five boys who were in his care at an orphanage that he had operated there, according to multiple media reports.

The charging document indicates that one of Johnson’s alleged victims was younger than 12.

It was not immediately clear Monday if any of the children named as victims in the federal case are the same youngsters involved in the case that resulted in Johnson serving prison time in Cambodia. Federal authorities have not released detailed information regarding the allegations outlined in the indictment.

According to a 2014 report by Texas television station KLTV, Johnson’s work with nonprofit ministry Hope Transitions had been funded for several years by a Calvary Baptist Church in Gladewater, Texas. Johnson resigned from the organization after the allegations surfaced, according to the report.

A 2003 federal law aimed at preventing child abuse makes it a crime for any U.S. citizen to have illegal sexual contact with a minor in a foreign country.

There have been multiple cases from across the world of Christian missionaries and evangelists committing sexual abuse crimes on children under their supervision in orphanages, hostels and schools. Countries like Cambodia, Bharat, Nepal etc. are main targets of global evangelism under the 10/40 doctrine (The ’10/40 Window’ is the rectangular area of North Africa, the Middle East and Asia approximately between 10 degrees north and 40 degrees north latitude. The 10/40 Window is called “The Resistant Belt” by Christian extremists and includes the majority of the world’s Hindus, Buddhists and Muslims.)

The problem is especially acute in Bharat where such crimes are often buried due to the immense clout of the Christian evangelical and fundamentalist lobby. These Christian radicals have penetrated Bharat’s English language mainstream media and are thus able to manage their projection to the nation’s opinion and decision making classes. Christian evangelists are also natural partners for the Nehruvian #IdeaOfIndia and secularist lobby, which allows them to dismiss any criticism of their murky and divisive activities as ‘Hindu fascism’.

Here are some other recent cases of sexual abuse of minors by Christian missionaries and clergy, that we have reported on –

2.) Kottiyoor, Kerala – Senior priest of Syro-Malabar Catholic church was arrested for alleged rape of a minor in computer classes provided by the church, leading to her pregnancy. Other Church officials were also charged for covering up the crime.

7.) Mexico – Catholic Church acquitted an HIV-infected priest who admitted to raping close to 30 young girls between the ages of five and 10 years old (from indigenous ethnic groups)