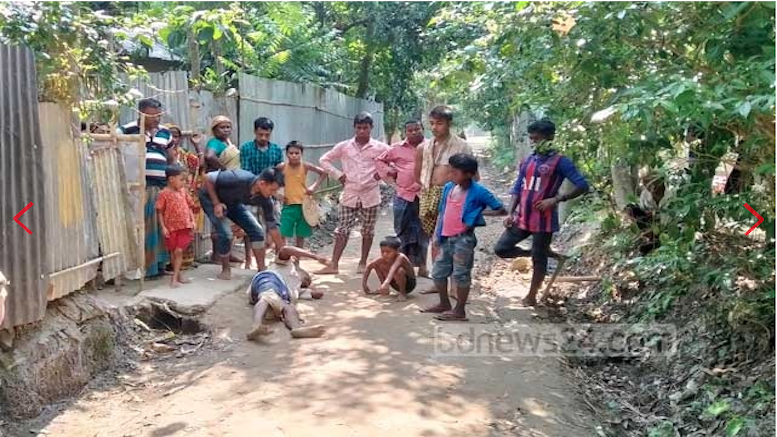 Officer-in-charge (OC) of Kamalganj police station said that the victim’s father Brajendra Shabdakar had filed a case with police against accused Madhu Mia for abetting Sanchita’s suicide. As per the report of bilingual Bangladeshi news website bdnews24.com‘s Bengali edition, it was known from the case statement that neighbour Madhu Miah had been molesting the victim sexually for a long time.

The accused also threatened to abduct and marry the victim, and assaulted both her and her father in an attempt to do so. Victim’s father said, “Few nights ago at 9 pm, accused attempted to abduct my daughter by breaking into our house.” Upon being prevented, the accused beat up the father-daughter duo.

The next morning, when her mother went for toilet, Sanchita hung herself in her room from the roof. Upon learning the information, police recovered the body & sent it to hospital for autopsy. Local union council chairman Fazlul Haque Badsha said, “Accused Madhu Miah is truly a stalker.” Police sent the accused to jail via Moulvibazar court.