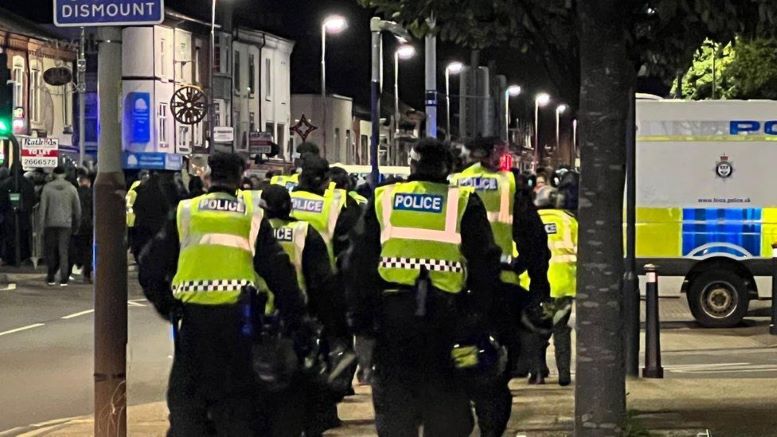 28-year-old Muhammad (Md) Khan was arrested and charged under the Public Order Act for creating disturbances during Queen Elizabeth’s funeral. The Westminister Magistrates’ court heard the case. He has been accused of grabbing the flag draped over the queen’s coffin. The excuse of Md. Khan being delusional and wanting to check for himself as he believed that the queen wasn’t dead was given by him in court. However, it is difficult to say whether there’s more to this at present.

In another incident on Friday (September 16), two police officers, one of them a female, were stabbed by a 20-year-old man wielding a knife. The attacker was identified as Md. Rahman. Md Rahman repeatedly stabbed the officer in the neck and attacked the constable’s arm. The assault took place in central London at 6 in the morning when Md Rahman was challenged for wielding a knife.

“The Metropolitan police commissioner, Sir Mark Rowley, said a female officer had challenged the suspect over suspicions he had a knife. The officer was stabbed through a vein in her arm, leading to huge blood loss. The suspect then ran away followed by police…The deputy assistant commissioner Stuart Cundy said the attack was not believed to be terrorist in nature or linked to events relating to the death of the Queen”, noted The Guardian.

East Leicester was hit by another round of Islamist violence on Saturday night (September 17). Police officers were hit by missiles and police dogs had to be brought in to control the situation. British Islamists manufactured a fake story to target Hindus.

After three nights of continued violence by Islamist mobs against Hindus in Leicester, multiple arrests were made. Shockingly even extremist Muslim men from outside Leicester were found to be participating in violence against Hindus. The pause brought on by the arrests was quickly followed by an even more dangerous & vile lie to trap & cause unimaginable harm to an innocent Hindu youth who was falsely accused of attempting to kidnap a Muslim girl.

The vicious targeting of an innocent Hindu youth started on 8th Sep when the first Instagram post full of lies was published. This did not garner much attention & the Hindu youth, victim of these falsehoods also decided to ignore what was obviously fake news.

Leicester police confirmed the arrests of 47 persons involved in the violence. “Adam Yusuf, a 21-year-old man, was given a sentence of a year in prison, suspended for 18 months after confessing to carrying a knife at a protest march on Sunday, thereby making it the second conviction in the case. This comes after a 20-year-old named Amos Noronha, a resident of Illingworth Road in Leicester was sentenced to 10 months in jail for the anti-Hindu violence in Leicester”, reported OpIndia.