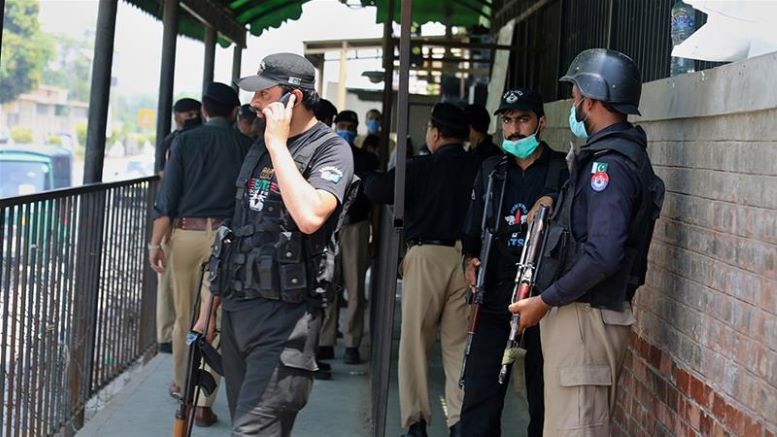 A person accused of blasphemy was shot dead in broad daylight inside the courtroom in Pakistan’s Peshawar by a man claiming that Prophet Mohammed had urged him to do so by appearing in his dreams.

Tahir Ahmad Naseem, facing blasphemy charges, was attending a hearing in relation to his case at a district court when he was shot at about six times by a teenager. Not only was the murder done in full public view but also right in front of judges and police personnel. Disturbing video footage shows people moving around calmly, some even smiling, in the courtroom just after the murder.

It, however, comes as no surprise that the teenager is actually being celebrated by many Pakistanis. It has been learnt that his family has also been receiving gifts for this ‘brave act’ of his. As per the statement issued by the police, the teenager took responsibility for his crime and is now in police custody after admitting that he killed Naseem for committing ‘blasphemy’.

Pakistan has strict blasphemy laws under which Naseem was arrested in 2018 for allegedly making the claim that he was a prophet. He had been in police custody since then and was produced in court for a hearing on blasphemy charges, an offence which is punishable with death as per Pakistan’s draconian blasphemy laws.

Naseem was accused of having violated sections 295-A, 295-B and 295-C of the Pakistani penal code, which deal with blasphemy against Islam, criminalising, among other things, “defiling the sacred name of the Holy Prophet Muhammad”. The death penalty is mandatory for the last offence.

Section 295-C and death penalty were introduced into the pre-existing blasphemy law in 1986 – since then over 1500 blasphemy cases have been lodged. As per Al Jazeera, around 77 including people accused of blasphemy, their family members, defence lawyers or judges who acquitted them have been murdered through extra-judicial or mob violence in Pakistan. The trend has only increased in recent times and teachers, singers, actors or those believed to be promoting ‘un-Islamic practices’ such as the persecuted Ahmadi sect members or Hindu & Christian minorities are a favourite target of Islamists.

May 2017 – “Hindu man accused of ‘blasphemy’ in Balochistan, was framed by Muslim business rival”

Governor of Punjab, Salman Taseer, was murdered in 2011 by his bodyguard Mumtaz Qadri for speaking up against the blasphemy trial of Christian woman Aisa Bibi. The Christian Pakistani minister Shahbaz Bhatti was also assassinated after speaking out against the country’s blasphemy laws.

As per a BBC correspondent, Naseem was born into the Ahmadi sect which was declared ‘non-Muslim’ in Pakistan in 1973. He was an American resident who came to Pakistan after coming in touch with a young madrassa student to debate ideas. It was the student who filed a blasphemy case against Naseem for allegedly claiming to be a ‘prophet’. An Ahmadi community leader said the victim suffered from a mental illness.