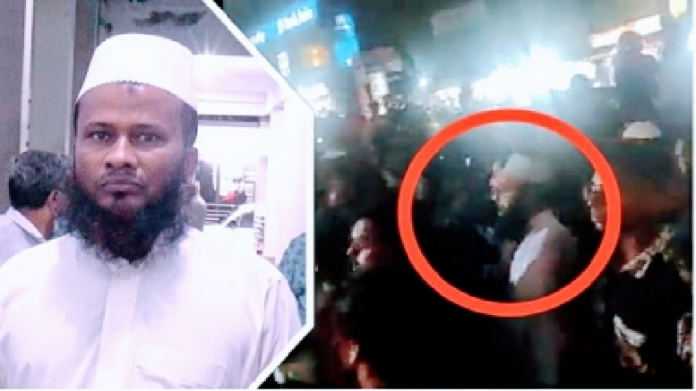 Jamaat-e-Islami leader Kamaluddin Abbasi has pleaded guilty to his involvement in an attack on a Durga puja mandap in Bangladesh’s Hajiganj earlier this month.

He made confession on Thursday evening in the court of Chandpur Senior Judicial Magistrate Mohammad Kamaluddin.

In his statement, he also revealed the names of the other persons involved in the incident, said Milan Mahmud, superintendent of Chandpur Police.

A group of the militants attacked the Hajiganj Bazar temple after 8 p.m. on October 13. When the police tried to control the situation, there was a clash with the attackers.

A total of five people were killed in the ensuing violence.

CCTV footage of the attack showed Abbasi leading the violence.

About 5,000 unidentified persons have been accused in 10 cases of the nationwide violence, and the police have arrested 29 people so far.

According to Mahmud, an operation is underway to nab the other perpetrators.