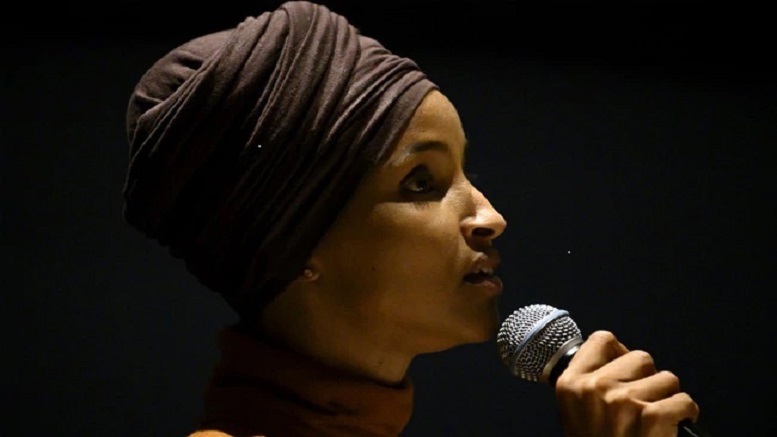 Worldwide, the Muslim community has a population of close to 2 billion and the Islamic global ecosystem supported by oil-rich countries including Saudi Arabia is well known. Islamic brotherhood (Ummah) ensures that the Muslim cause remains on the radar globally and the involvement of rich nations ensures that the cause receives funding for propaganda and narrative building. Jihad means the “holy” war to spread the faith and bring in infidels into the fold which is the primary cause. Saudi Arabia has also been known to fund madrasas used for indoctrination and recruitment of jihadi fighters and terrorists. Islamic ideologues from the Bharatiya subcontinent like Shah Waliullah, Maududi, Zakir Naik etc. have also played a leading role in this global cause.

In such a scenario, where exactly do claims of ‘Islamophobia’ stand? Experts on Islam have been forthright in saying that Islamophobia claims are used by terror outfits to hide their nefarious activities and claim victimhood instead.

But recently, the term ‘Islamophobia’ gained new recognition and traction with the US House of Representatives passing a Bill on December 14 to combat “global Islamophobia” with a 219-212 vote. The well-oiled Islamist propaganda machine is adept at milking happenings to their advantage. Thus, the alleged “anti-Muslim” statements made by the Republican Rep. Lauren Boebert, wherein she called known radical Islamist Ilhan Omar a “Jihad Squad,” were converted into an opportunity to further the cause of Islamism through pushing the bill against alleged Islamophobia.

To be fair, Ilhan Omar has a history of being a radical Islamist. In a book titled American Ingrate: Ilhan Omar and the Progressive-Islamist Takeover of the Democratic Party, the author Benjamin Weingarten calls her “revolutionary Left-Islamist” and explores “her seminal role in the progressive takeover of the Democratic party.” Omar had also commented on Kashmir, calling journalist Arti Tikoo Singh a hypocrite. The Kashmiri Hindu family of Tikoo Singh had been ethnically cleansed by the Muslim majority in the valley after Muslim neighbours, in cahoots with terrorists, went on a spree of massacring Hindus, thus causing the exodus around 5 lakh Kashmiri Hindus who are now refugees within their own country.

Per the anti-“Islamophobia” bill, the US State Department will need to appoint a special envoy to monitor “state-sponsored Islamophobic violence and impunity” as a part of its human-rights reports. The special envoy is also tasked with aiding policymakers in understanding “anti-Muslim discrimination.” Ironic that in the very countries where Muslims become a majority, the human rights abuses of minorities are rampant and ongoing as is the case in Bangladesh and Pakistan, and yet it is Muslims that want to have special envoys appointed to safeguard their human rights when living in a non-Muslim country!

The report says the bill may get stalled in the US Senate. Republicans said there was no need to track Islamophobia–in fact such a monitoring post would be used to oppress conservative voices. They also said anti-Semitism efforts would be undermined and anti-Semites could be incited by the bill. Invoking Islamophobia to resist investigation and law enforcement action has been the modus operandi of many Islamist terror groups.

The term ‘Islamophobia’ denotes victimhood and Muslims being at the receiving end of irrational fear and discrimination–while history shows the exact opposite to be true, with Islamism always being the aggressor and tormentor. Can a faith replete with a history of barbaric conquests, mass killings, forced conversions, and oppression of minorities in Muslim majority countries claim victimhood through labelling any sentiments against its beliefs as “Islamophobia”?

Islamic doctrine is known to be a source of global terrorism. Muslim majority countries almost always adopt Islam as the state religion with Sharia-compliant laws and never opt for becoming democratic secular states as evident from the 56 Muslim majority nations in the world. Minorities in many Islamic countries live in abysmal conditions in terms of human rights and are denied basic liberties and fundamental rights.

How did the term ‘Islamophobia’ come about? Per this Atlantic article, a 1997 Runnymede report claimed that in the UK people tended to perceive Islam as a single bloc that is barbaric, sexist, and terror prone and such perceptions were termed as ‘Islamophobia’. One editor of the report Robin Richardson said that the think tank Runnymede borrowed the term from earlier usage. He traced back its origins to 1910 when Alain Quellien used the French word islamophobie with reference to how the French colonial administration treated Muslim subjects. But colonial history of all European nations shows that colonialists ill treated all native subjects of countries they colonized—a special term to define the ill treatment of Muslim natives is perhaps unnecessary. Also, the term was not used to define an irrational fear and the Atlantic quotes Nathan Lean, author of ‘The Islamophobia Industry’:

In its earliest historical usage, the term ‘Islamophobia’ described prejudice and hostility towards Muslims—not an ‘irrational fear of Islam…Critics of the term often lambast it on the basis of an etymological deficiency, insisting that it thwarts the possibility of critiquing Islam as a religion while simultaneously suggesting the presence of a mental disorder on the part of those who do.

Another piece confirms that Quellien was the first to use the term Islamophobia while referring to colonization by the French. Quellien considered Christianity too complicated and abstract and too austere for the “rudimentary and materialist mentality of the Negro.” Being concerned with keeping order as an administrator, he thought it important to not demonize Islam, which according to him helped maintain discipline in the empire, hence its abuses like slavery and polygamy could be ignored. He considered Islam the “best ally of colonialism” for its ability to maintain discipline.

Islam is not a race, ethnicity, or nationality: It’s a set of ideas…Criticism of these ideas should never be confused with an animus toward people. And yet it is. I’m convinced that this is often done consciously, strategically, and quite cynically as a means of shutting down conversation [on] important topics… Religions differ, and their specific differences matter…And the truth is that Islam has doctrines regarding jihad, martyrdom, apostasy, etc., that pose a special problem to the civilized world at this moment in history….We deny this at our peril.

The US House passing the Islamophobia Bill is indicative of Islamists having successfully penetrated the US polity and leveraging this to their advantage using the fact that Democrats tend to speak up for immigrants. Although the Hindu diaspora is similarly close to the Democratic party, they have not been able to leverage this closeness to speak up for Hinduphobia which is not just restricted to ethnic cleansing of Hindu minorities in Muslim nations but a global phenomenon wherein Hindus face hate and victimization across campuses in educational institutions across western developed nations.

Not surprisingly, those countering alleged Islamophobia claim that a “mistaken portrayal of Islam” is being promoted. These Islamist apologists also say that “portraying” Sharia as a “totalitarian ideology of hate and triumphalism” that aims to eventually replace the US Constitution with the Caliphate is wrong.

Some of those who oppose the Bill say that the Bill is unnecessary since USCIRF is already doing the function that the Bill is aiming for. It should however be noted that with respect to Hinduphobia and Hindu bashing, USCIRF has not been seen to play a role at all, instead it has often tried to preach to the overly “secular” and minority pampering Bharatiya state. This is no surprise, given that the influence of the Christian evangelical lobby on the USCIRF is an open secret.

Though Hindus have been and continue to be victims of Hinduphobia across the globe, the evangelical aggressor faith Islam has managed to co-opt worldwide narrative and political systems to whip up a false narrative of “Islamophobia,” employing sophisticated propaganda systems. Evangelical Christianity also has a similar ecosystem in place, through which the ‘persecution of Christians’ trope is successfully peddled. Hindu Dharmics have a lot to learn from both these Abrahamic faiths about creating a global narrative, more so when Hindu issues are real and not manufactured.