Give
HinduPost is the voice of Hindus. Support us. Protect Dharma
GIVE
17.2 C
Sringeri 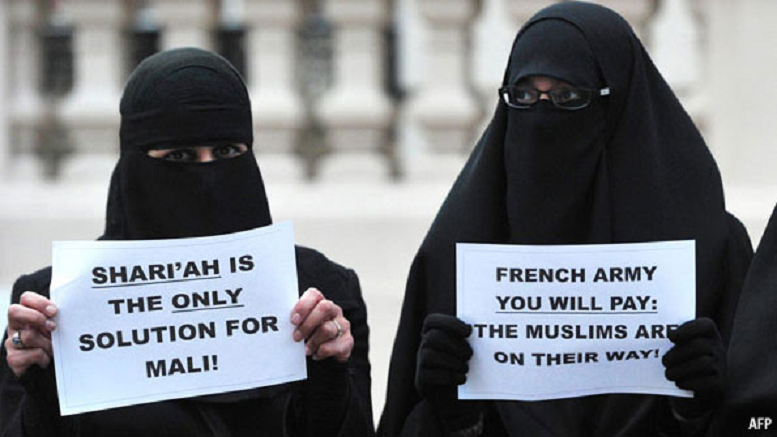 Michel Gurfinkiel, founder of the Paris-based Jean-Jacques Rousseau Institute and a writing fellow at the Middle East Forum, spoke to Middle East Forum Radio host Gregg Roman on February 12 about the consequences of massive Muslim immigration into France.

Domestically, the past fifty years of steady immigration from Islamic countries into France is “transforming the fabric of French society” from within. Demographic and sociological surveys indicate that 10-15% of the French population is now of Muslim origin, including 20-30% of French citizens or residents under the age of 25. Some integrate successfully, but many align with the most radical and militant expression of the religion. Their rejection of France’s secular constitution is matched by resentment of the French military’s fight against global jihadism in Africa and the Middle East, seen as a “deliberate assault … on Islam.”

Islamic groups observing this change respond in two ways: those who support jihad to take control of France and those who see the inevitable ascent of Islam through non-violent “dawah” (proselytism) as the answer to a society “ripe for change.” One way or another, according to Gurfinkiel, “Islam stands a very good chance to simply conquer … this country.”

Whereas religious zeal is steadily increasing among French Muslims, Gurfinkiel said that “the classic national religion of France, Catholicism,” is declining, citing research found in The French Archipelago (L’archipel français) by French pollster, demographer and sociologist Jérôme Fourquet. Traditional family and marriage are “unraveling among the native French,” while birthrates drop.

Already, freedom of speech in France has seemingly been conquered. In January, a 16-year old identified only as “Mila’ criticized Islam as a “religion of hate” on her Instagram account in response to online harassment from a homophobic Muslim troll. The resulting online threats of bodily harm led to Mila and her family being placed under police protection. The French custom of satirizing or criticizing religion does not extend to Islam, “and the main reason … is, of course, fear,” said Gurfinkiel. “It’s a fact that Muslims don’t react peacefully to these kinds of [speech] as … Christians [do], and everybody … remember[s] … the humorists of Charlie Hebdo … slaughtered by a Muslim commando a few years ago.”

These problems were “forecast many years ago by French scholars, journalists, and sometimes political leaders,” said Gurfinkiel, who himself warned in a 1997 Middle East Quarterly article that French Muslims tend “to think of themselves as a new nation, and even to have hopes of superseding the present Judeo-Christian nation of France.”

However, for decades the French government has been cautious in addressing the demographic growth and poor integration of Muslims in France. This is partly for fear of triggering riots and civil unrest, and partly for fear of emboldening the anti-immigration right, notably Marine LePen and her National Rally (formerly the National Front) party.

“For too many years the French have been unwilling to face the truth,” Gurfinkiel said in conclusion, and now they “are paying very dearly for their previous lack of courage.

(This article was published on meforum.org on March 7, 2020 and has been reproduced here in full.)