Islamist brutalities on the hapless Hindus of Bangladesh: June 2021 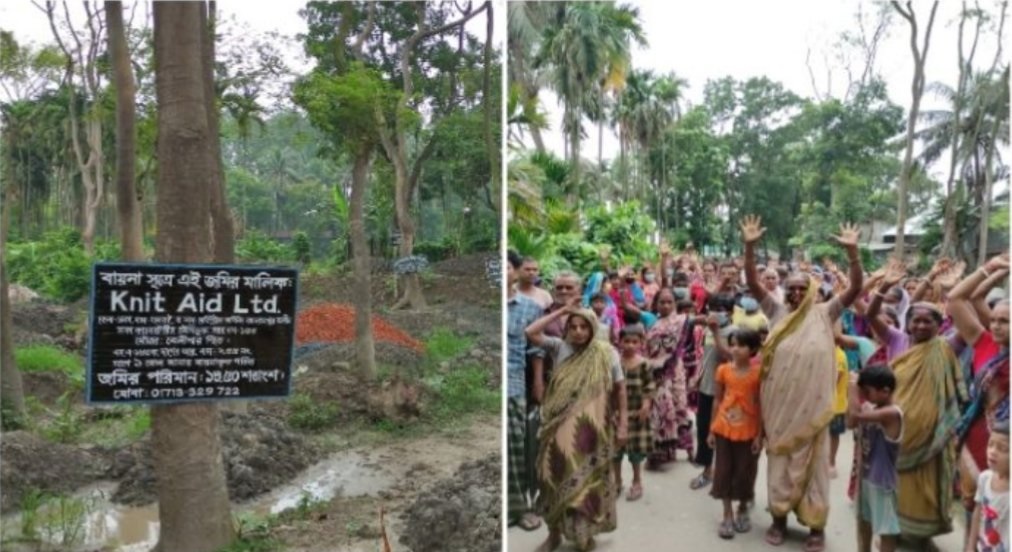 Survival has never been easy for the Hindus of Bangladesh. They are surrounded by Islamist barbarians who enjoy targeting the minorities and are looking for ways to terrorize them. Unfortunately, stories of crimes committed on the hapless Hindus of Bengal are seldom reported and the story of atrocities they are put through never reaches the mainstream International media.

In the Hindupost, we are starting a series specially dedicated to the Hindus of Bangladesh. While we regularly cover as much of the news from Bangladesh as possible, we shall now publish a monthly report presenting you a roundup of Islamist barbarity on the Hindu community for creating awareness among our readers.

To prey on women is the global recreational hobby of Islamists; when the target is non-Muslim women their lust is aggravated by the idea of religious incentive they earn by ruining a Kafir life. Am Islamic gang abducted and forcibly converted a Hindu girl Rupa Rani into Islam on 1 June 2021. The incident has been reported from Sylhet District, Bangladesh.

Another report of a minor Hindu girl, daughter of Subhash Chandra Biswas being raped at knife-point Md. Saiful Mia was received on 12 June 2021. The incident is said to have taken place in Napitarchar village of Faridpur, Bangladesh.  The minor was returning from her coaching classes when Md. Saiful Mia ambushed and molested her. The father of the victim has filed a complaint at the local police station, however, there is no update on the kind of relief the family has been extended.

While world media tries to sell Muslims as the marginalized section that is being lynched in India, they have conveniently shut their eyes at the butchering of 45-year-old Rabindra Chandra Das, the vice-president of Hatia Upazila unit Swechhasebok League and a three-time elected member of the Upazila unit Awami League executive committee. He was hacked to death near the gate of his residence by a group of bike-borne anti-socials. A witness recognises the miscreants as Md Omi, Md Sohel, Rahim and Nazim. Investigations are underway.

In recent times, Land Jihad has surfaced as major mischief employed by the Muslims of Bangladesh. It is the practice of robbing lands belonging to the Hindus by the Muslims and happens across levels, whether it is a plot of land held by a poor Hindu family or the community properties of the Hindus.

In June, victim Uttam Das lodged a complaint with Fatulla Police Station about one Jahangir Molla and Jasmine have been trying to seize close to 30% land of his family by producing fake documents. On the other hand, one land robber, Md. Quader Mia of Shaplapur Union, Maheskhali, Cox’s Bazar, Bangladesh tried to occupy Babul Shil’s land. When Babul protested the loot, the miscreants assaulted him brutally and he had to be rushed to the local hospital. Again, close to 20% of a Hindu crematorium in Belishwar village in Dhamrai, Dhaka has allegedly been occupied by a company called Knit Aid Limited owned by one Shahnaz Ahmed. Local Hindus staged a protest march on 15 June 2021 calling for action on this illegal land-grabbing.

In Belishwar village of Sutipara union in Dhamrai, Dhaka, Bangladesh,a company called Knit Aid Limited occupied 18 percent of the cremation ground by putting up signboards in the Hindus crematorium.

Local Hindus marched on 15/06/2021 to protest the occupation of the crematorium. pic.twitter.com/ZRkVYyOMdm

A Hindu activist from Bangladesh also claims that the under-construction house of Prabir Das, Headmaster of Dineshpur Govt Primary School in Maheshkhali was illegally demolished by miscreants who also threatened to kill the victim, while Maheskhali Municipal Mayor Makshud Mia played an accomplice in the demolition. The purpose of taking down the house is to grab the land illegally.

The month of June was celebrated as a month of breaking Hindu temples and desecrating Murtis of Hindu gods by Islamists while police and administration stood by as mute spectators. 20-year-old Madrasa student, Fahim Ahmed, a resident of Sinchapair Union, Sunamganj clicked pictures with his feet on the vigrahas of Bhagwan Krishna and Bhagwan Narasimha and posted the same on Facebook. Responding to social media uproar, police took the boy into custody for two days and let him free without any charges. Hindu temple in Daulatpur in Narsingdi, a Kali temple standing in the Tetultola crematorium, Kosharaniganj in Thakurgaon, another kali temple at Sirajganj were torn down one by one throughout the month of June while no noticeable action has taken by any police or administration of our eastern neighbour.

It’s not that the Bangladesh Police is completely ineffective. It takes prompt actions when Hindus are framed in false allegations of an alleged insult to Islam, the Quran or their prophet. In one such instance, a Hindu minor, 14-year-old Nihar Ranjan Sarkar from Betagi Union, Patuakhali, has been detained by police on the unfounded charges of making offensive posts about the Islamic Holy Book.