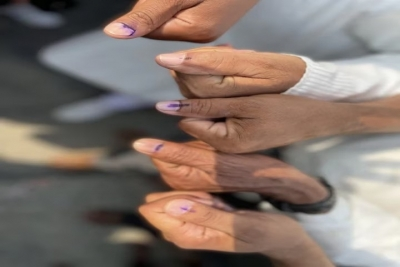 As the Nepali Congress looks set to form the next government, all eyes are on the Citizenship Amendment bill. Nepal’s President Bidhya Devi Bhandari refused to sign the bill in September despite being passed twice by the majority in Parliament. Nepal is now set to get a new President next year.

The bill, once passed, will facilitate granting citizenship to the stateless children, born to Nepali mothers but whose fathers are unknown. In such cases, the mothers will have to make a declaration.

Once it becomes an Act, it will provide citizenship to more than 5,00,000 people with voting rights. The bill is particularly important for many Bharatiyas who are married to Nepalese. Bharat and Nepal share an open border policy with a sizeable number of marriages taking place between the citizens of the two countries.

“A large number of Nepalese people are suffering as they are being denied citizenship. The bill must be taken up at the earliest,” Vijay Kant Karna, Executive Chairman, Centre for Social Inclusion and Federalism in Kathmandu told India Narrative.

In May, 2021, the government had issued the Nepal Citizenship (First Amendment) Ordinance, 2078 to provisionally deal with the problem of certain stateless children by allowing them to acquire citizenship by descent if their parents are citizens by birth or if they are born in Nepal and “[their] mother is a Nepali national and the father cannot be identified.” However, on June 11, 2021, the Supreme Court of Nepal issued an interim stay order preventing the implementation of the ordinance.

Karna said that with the emergence of the newly-formed Rastriya Swatantra Party (RSP) showcases the importance of the voice of the young but silent voters.

The party was formed barely six months ago by the 48 years old Ravi Lamichhane, who was a TV presenter hosting a talk show. “The emergence of the party is a message to Nepal’s political class that the young citizens must be taken seriously,” Karna noted.

Bhandari had come under severe criticism. The ruling alliance in a joint statement said: “The unconstitutional move of the President has seriously insulted and devalued the federal parliament elected by the people.”

According to a report by Human Rights Watch, the bill does not address longstanding discriminatory provisions that make it harder for children of Nepali women to obtain citizenship than it is for children of Nepali men, affecting the children of single mothers in a variety of circumstances. While the child of a Nepali man is automatically entitled to citizenship, a Nepali woman must prove that the father of her child is Nepali, or declare that he is “unidentified,” the report said, adding that “if such a declaration is proved to be false, the woman would face prosecution.”